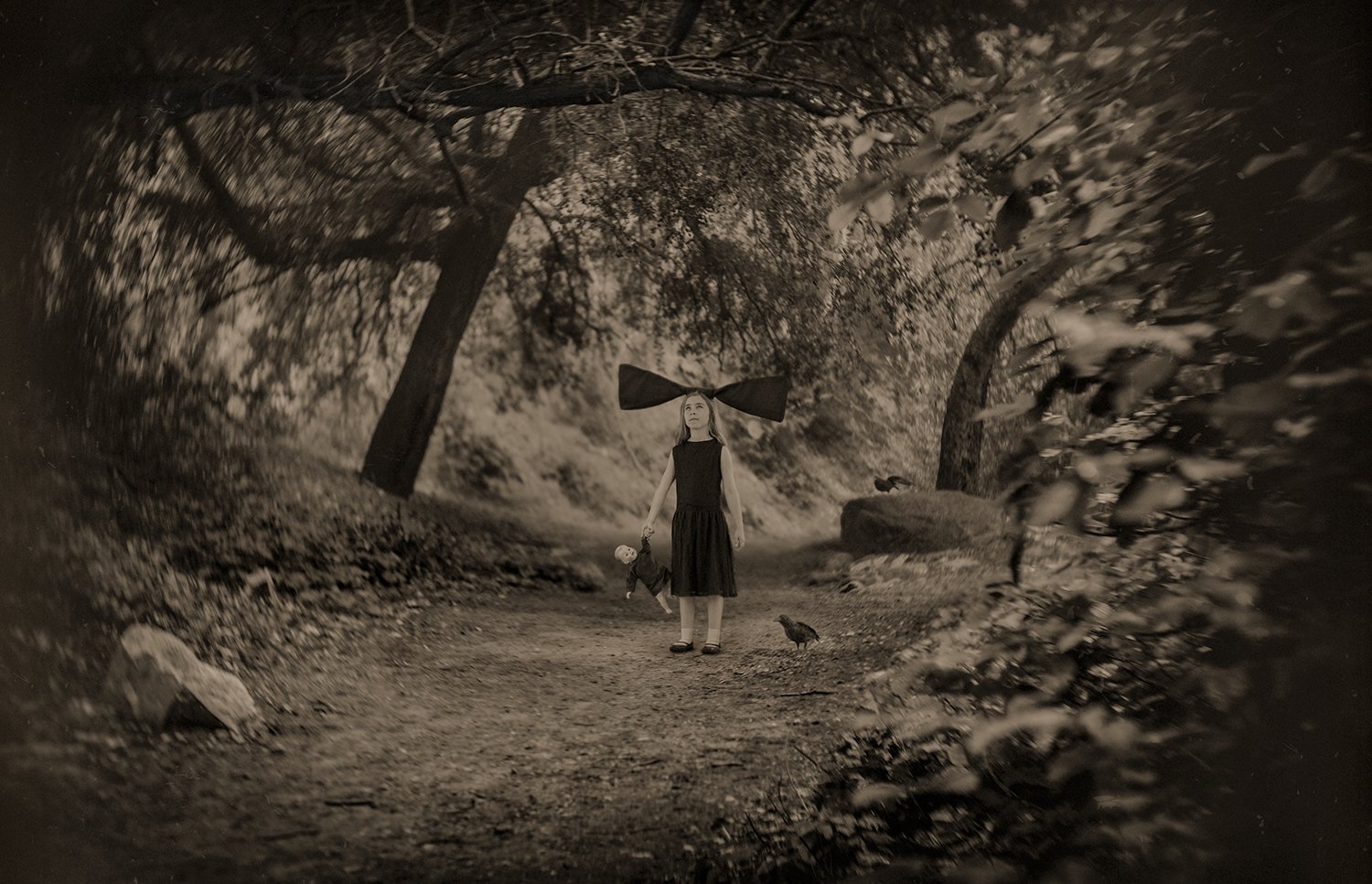 I think one of the most important aspects of a successful photo is what happens before you ever click the shutter. Pre-visualization of what you want the photo to look like can happen quickly where you immediately envision the final photo, or it can develop over time where you build on your original concept, adding or subtracting elements, re-thinking your take on it before finally deciding on exactly what to shoot. Then after you’ve ironed out what that photo should look like, you actually then go backwards, by reverse engineering the elements of what you’ll need to pull it off.

Inspired by the book “Miss Peregrines Home For Peculiar Children”, I had the idea of a little girl with a huge hair bow, as wide as she is tall, walking through the forest. The rest of the story doesn’t need to be spelled out any more, because to me it’s best to simply give the “idea of a story”, and let the viewer fill in the rest with their imagination. In pre-visualizing the final shot, I knew I for certain that I wanted it to have an old world feel, inspired by the antique look of a Petzval lens and wet plate processing. Knowing my tools, I knew immediately that the Lensbaby Twist 60 and Alien Skin X software would be two key elements in getting me this look I was after. The Twist 60 is like a 60mm Petzval lens in that it gives a swirly bokeh that works great with detailed backgrounds (like a forest), and Alien Skin X is unmatched for it’s film simulation and the amount of detail you have control over in customizing those looks. Knowing I had those two important elements worked out, it then became about finding the right location, casting the girl, getting and/or making wardrobe, props, etc.

As you can imagine, finding a huge bow was not easy. So not easy that I wound up having to make it from scratch. That included enlisting the help of my friend Scott and his wood shop to make the structure part of the bow. Cutting a wood block and drilling holes, and using epoxy to attach the heavy duty wire that would support the fabric, and screwing that all into a  headband the girl would wear. After the structure of the bow was complete and I attached the fabric to the bow, I felt like a major part of the shot was ready. I found the doll in a thrift shop and dyed her white dress black. Then I had to find the girl’s dress, shoes and socks. Again, thank goodness for thrift shops! 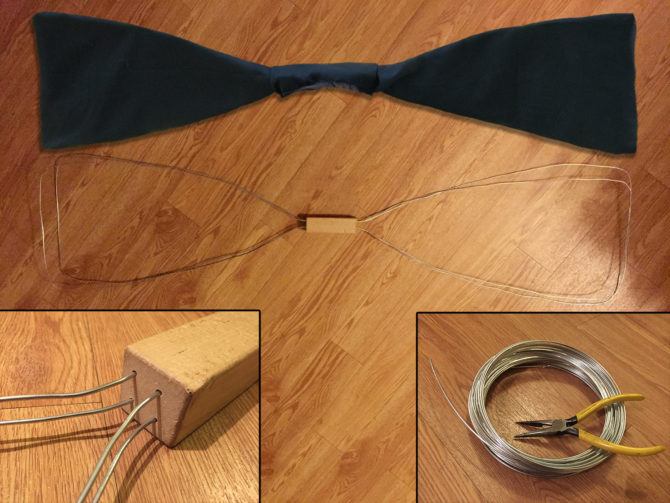 This could have been a super easy shot if I had all the elements together at the same time. Stand the girl in the forest, add the crow, take the shot then go right into post production. But “of course” that couldn’t happen because I our little model wasn’t available on the day that I could shoot the location. So now it became a composite shot where I photographed the background one day, made note of the height, angle, etc. of my camera, and then had to match the lighting, angle, distance of the girl when I photographed her a few weeks later.

At the forest location, my (awesomely patient and supportive) girlfriend stood where I would want the girl to stand and I focused on that mark, then made note of the distance of her to the camera. I would use that same distance, f-stop and camera settings later for the actual girl. I shot my background on a super foggy morning in the forest and was really happy with the results of the Twist 60 lens. By the way I was using my Sony A7II with the camera set to ISO 200 f/4 1/60th on a tripod.

Once we booked a date to shoot with the girl, I knew it had to be at a time where there was no direct light on her because there was no specific angle of light on that foggy morning in the forest. So we shot late in the afternoon at a nearby park, her mom assisted by blocking any light spill through the trees with a diffuser and I photographed her with the same angle, distance and camera settings with the Twist 60 lens as we set up before in the forest. I also wanted to add in a little more to the story, so I gave her a crow as a traveling companion. I’ve used crows a few times before in my shots… there is something really interesting about them to me. 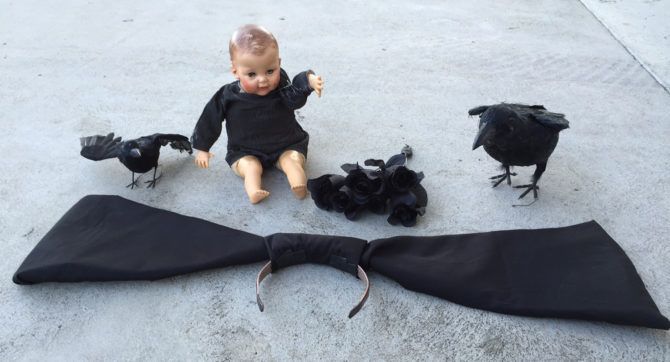 Now that I had all the elements shot, I simply needed to mask them out of the park background and composite them in the forest. I placed them where I needed them, sized them down till it looked good and added any drop shadows and dodging and burning as needed to make them sit into the background. In characteristic to how so many Petzval lens shots look, there is a very distinct and narrow plane of focus and everything in front of and in back of her is swimming in beautiful swirly bokeh. The Twist 60 nailed that vintage effect perfectly. She almost looks isolated (certainly focus wise) from her surroundings and I liked that effect. 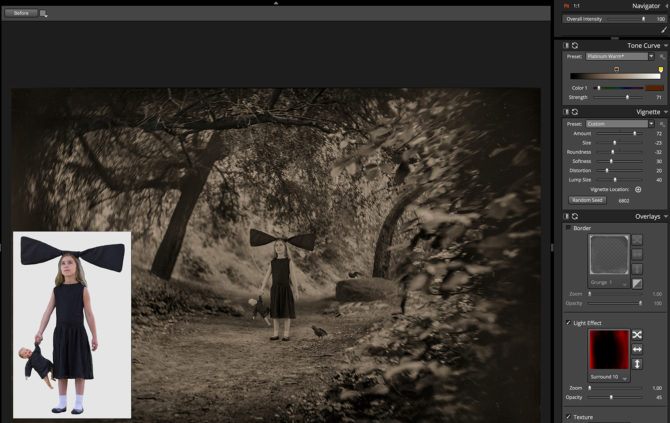 The final step was to add tone, vignetting, any extra light leaks, film noise, etc. via Alien Skin X. I started with the preset selection “High Key – Soft Glow & Lens Blur” and then from there, I had an amazing amount of editing control over those elements. I added a warm tone, some very gentle light leaks and some dust effects. I wasn’t trying to fool anyone that it was an actual tin type, I was using some elements of the process to give me a mood. I didn’t go heavy handed on the edge effects of a typical tin type because that might have brought the viewer’s attention to an edge effect in the photo instead of keeping the viewer’s eye on the girl.

In the end, I think the final shot looks exactly like I had in mind when I pre-visualized the idea. It certainly took more time and effort than I thought it would, but that’s the luxury about personal projects, you can take your time with them. And with a little tenacity, getting crafty (literally) and staying true to your vision, it can be a really rewarding artistic experience.

The Significance Of A Personal Project

« IRIX 15mm f/2.4 lens is now available and shipping, but only in Europe
This is how Photoshop resizes your images, mathematically speaking »