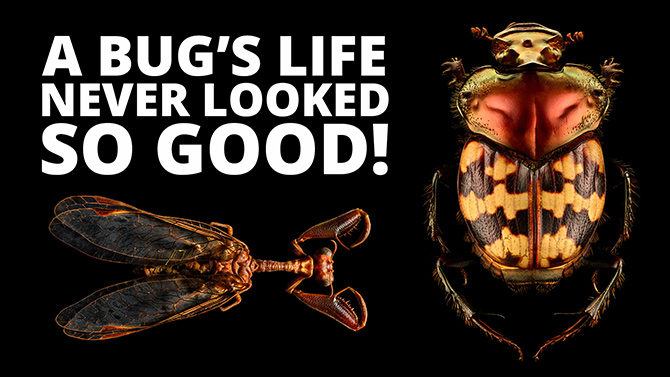 As a commercial portrait photographer specialising in sports, this project is a little different to the regular subjects that Levon Biss is used to shooting, but keen to make a personal project that he could pursue in his spare time which didn’t take up much space, insects became the perfect answer and that project became Microsculpture.

Originally starting the project at home using specimens his son had caught in the garden, Levon soon perfected his technique and began to produce some amazing results, that are about to be exhibited at the University of Oxford Museum of Natural History.

Working with a Nikon DSLR, a Nikon 200mm f/4 Macro lens, a selection of Bowens strobes and a microscope objective, labour intensive is definitely a phrase that can be used to describe Levon’s process.

Due to the use of the microscope objective stacked onto the end of the 200mm f/4 Macro lens, depth of field was virtually non-existent.  This meant lots of racked shots, with the camera a slightly different distance away from the subject each time until the full range was covered. 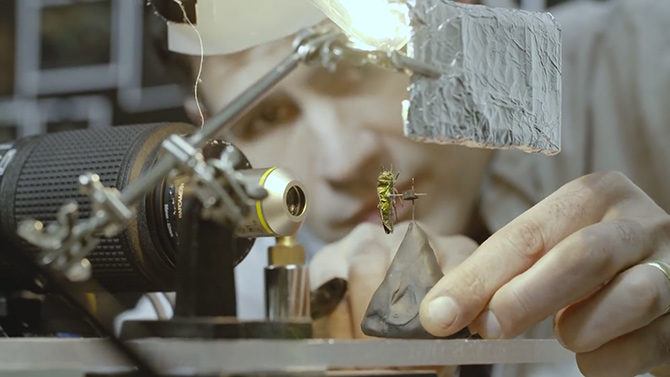 The camera moved only 10 microns between each shot, around 1/8th the thickness of a human hair.  Using focus stacking and compositing techniques in post, each final image is made up of anywhere between 8,000 and 10,000 individual photographs.

After approaching the museum with his results, and showing them some samples of common insects he’d shot at home, they immediately became fascinated by the work, but felt they had some more interesting specimens for him to photograph and so offered him access to their collection. 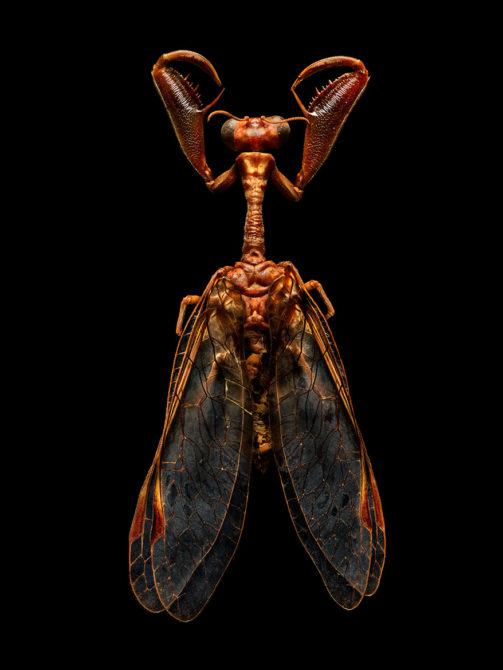 Each specimen put forward to become a subject of Levon’s work had to be in pristine condition, and perfectly clean, free from even the tiniest speck of dust, which could easily end up looking like a golf ball in the final result. 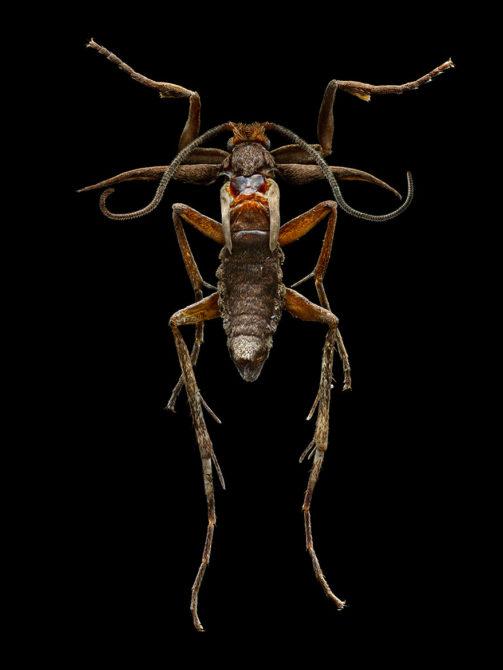 Ultimately, over 99% of the museum’s collection was rejected, which resulted in about 25 individuals being prepared for their moment in the spotlight. 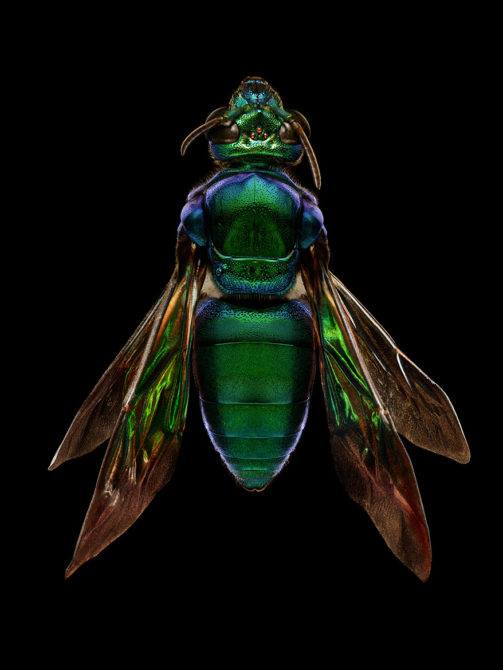 Between shooting and compositing on the computer, each image takes Levon about 2-3 weeks in total to produce, but the time spent certainly pays off well. 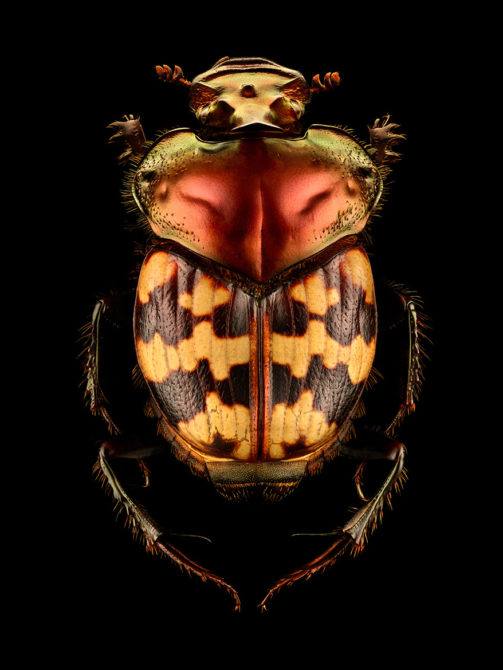 Upon showing the images produced from these specimens, the excitement Levon saw in response immediately told him that he needed to make an exhibition, so he got them printed up big.  REAL big! 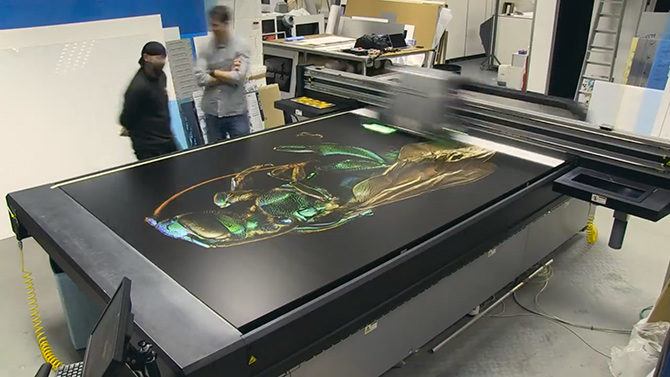 Levon doesn’t see the exhibition as being an end to this project, but merely the beginning. 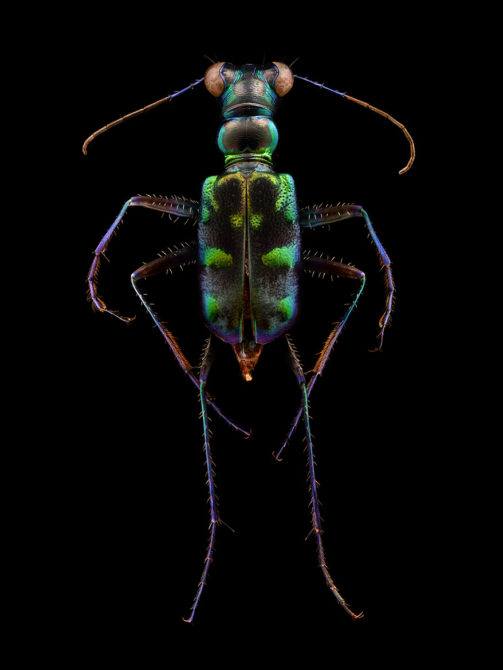 The exhibition is being held at the Oxford University Museum of Natural History, and runs from May 27th until October 30th, 2016. 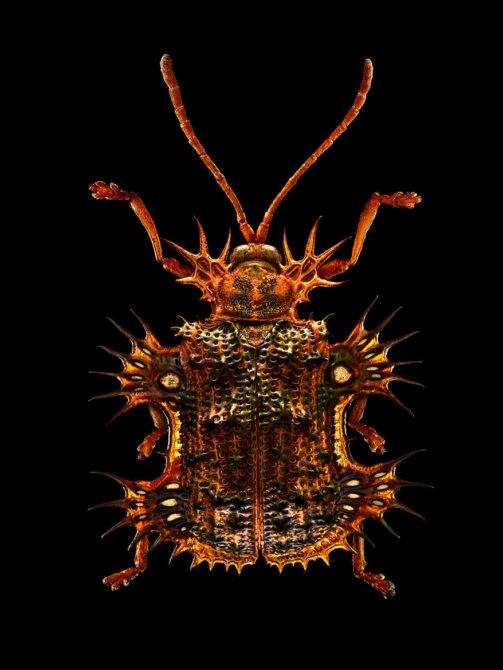 You can find out more about Levon and see the rest of his work on his website and see very up close and personal zoomable images of the bugs on the Microsculpture website.  Images used with permission.

« Three tips for curing G.A.S. (Gear Acquisition Syndrome)
This small hovering drone that follows you around, can be controlled from your phone, shoots 4K video and doesn’t require FAA registration. »