The Daniel K. Inouye Solar Telescope (DKIST) has produced the highest resolution image of the Sun’s surface ever taken. The world’s largest solar telescope captured the staggering amount of detail on the star’s turbulent surface. And for the first time ever, we can see the features of areas as small as 30km (18 miles).

“Hot solar material (plasma) rises in the bright centers of “cells,” cools off and then sinks below the surface in dark lanes in a process known as convection. In these dark lanes we can also see the tiny, bright markers of magnetic fields. Never before seen to this clarity, these bright specks are thought to channel energy up into the outer layers of the solar atmosphere called the corona. These bright spots may be at the core of why the solar corona is more than a million degrees!” 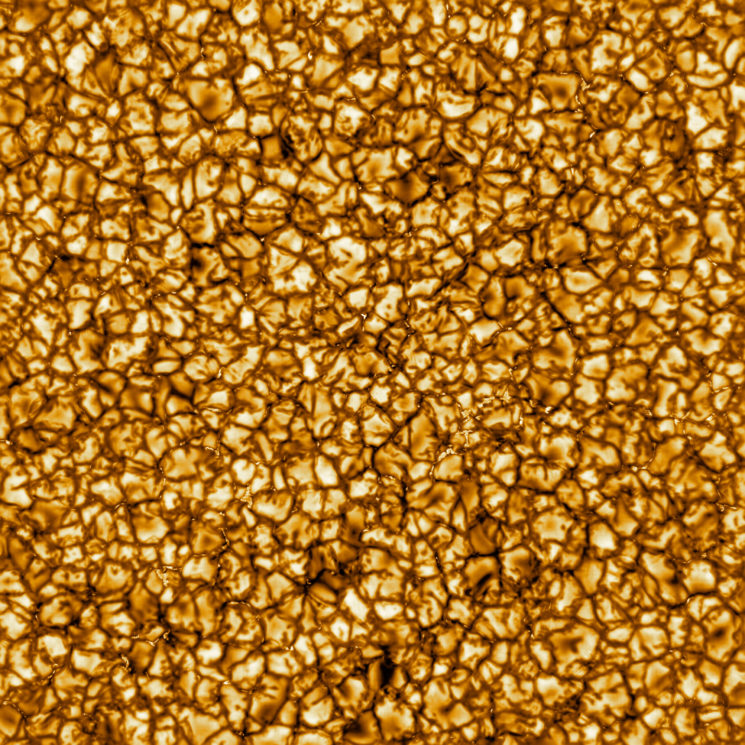 If you didn’t know what was in the photo, the Sun probably wouldn’t be your first thought. For example, when my boyfriend was passing by my computer, he took a glance at the monitor and asked: “Is that corn?” :) Well, no, it’s not. See those cell-like structures in the photo? Each one of them is about the size of Texas, as NSO explains. Here’s a photo that should help you put it into perspective: 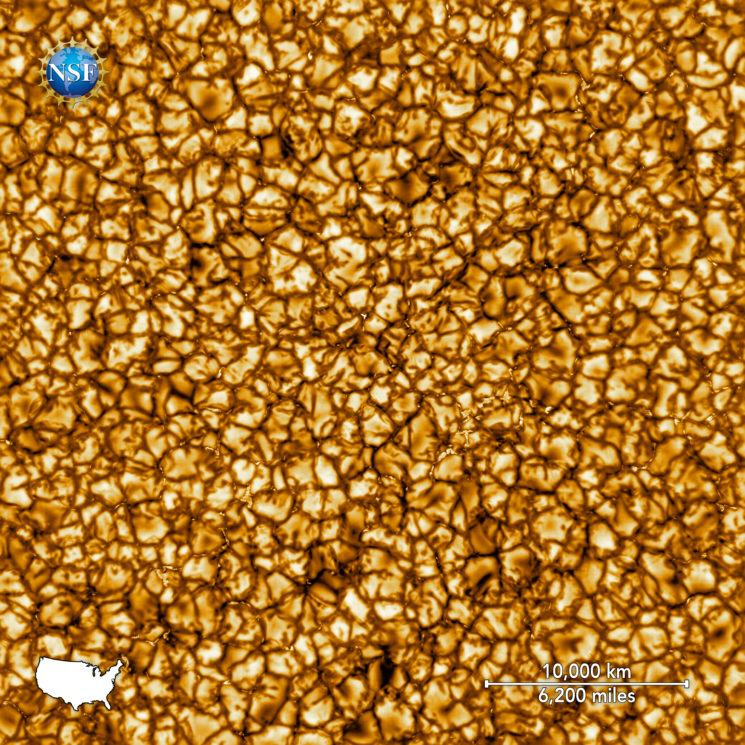 This image is certainly impressive to look at, especially when you put things into perspective. To me, it looks like something observed under a microscope. I think it’s an interesting thought that we can see similar patterns in the universe on both a large and a small scale. But other than being awe-inspiring and thought-provoking for us common folks, this incredible image will, above all, help scientists to better understand the behavior of our Sun.