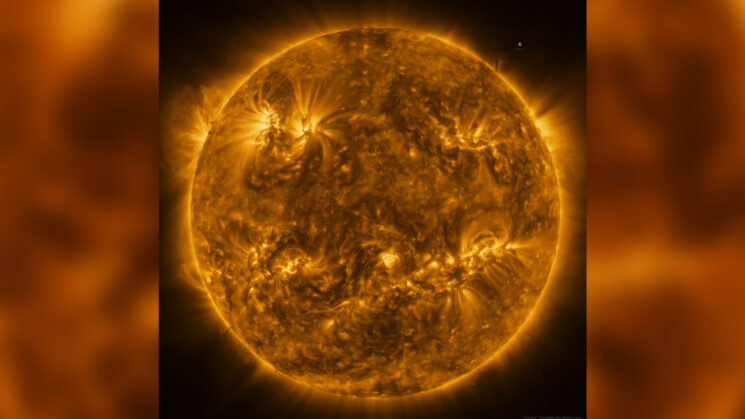 An 83 megapixel image of the sun has been captured by the Solar Obiter in a joint project by the European Space Agency (ESA) and NASA. The images were taken in March when the when the spacecraft was crossing directly between the Earth and Sun and show unprecedented detail.

The image was taken by the Extreme Ultraviolet Imager (EUI) and is the highest resolution image ever taken of the Sun’s full disc and outer atmosphere, the corona. 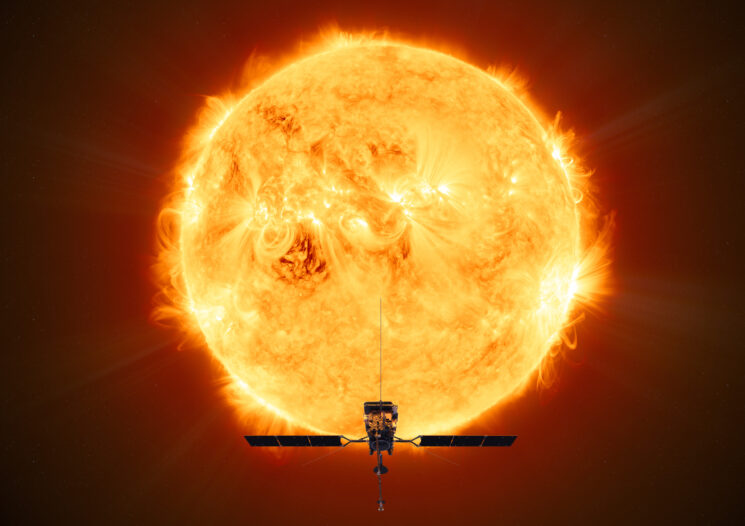 The Solar Orbiter was roughly 75 million kilometres away from the sun when it took the photos. That’s about half way between Earth and the Sun. The telescope of the EUI takes images of such high resolution that it needed to take 25 separate photos to cover the entire area of the star. The full image was captured over a period of more than four hours because each tile takes about 10 minutes, including the time for the spacecraft to point from one segment to the next.

In total, the final image contains more than 83 million pixels in a 9148 x 9112 pixel grid. That’s a resolution ten times larger than a 4K TV screen can display.

If you look closely at the 2 o’clock (near the image of the Earth for scale) and 8 o’clock positions on the edges of the Sun, you can see dark filaments projecting away from the surface. These ‘prominences’ are prone to erupt, throwing huge quantities of coronal gas into space and creating ‘space weather’ storms.

At the same time the Spectral Imaging of the Coronal Environment (SPICE) instrument was also recording information and images, taking by far the best photo of the Sun to date, and the first full sun image in 50 years using the Lyman-beta wavelength of ultraviolet light that is emitted by hydrogen gas. 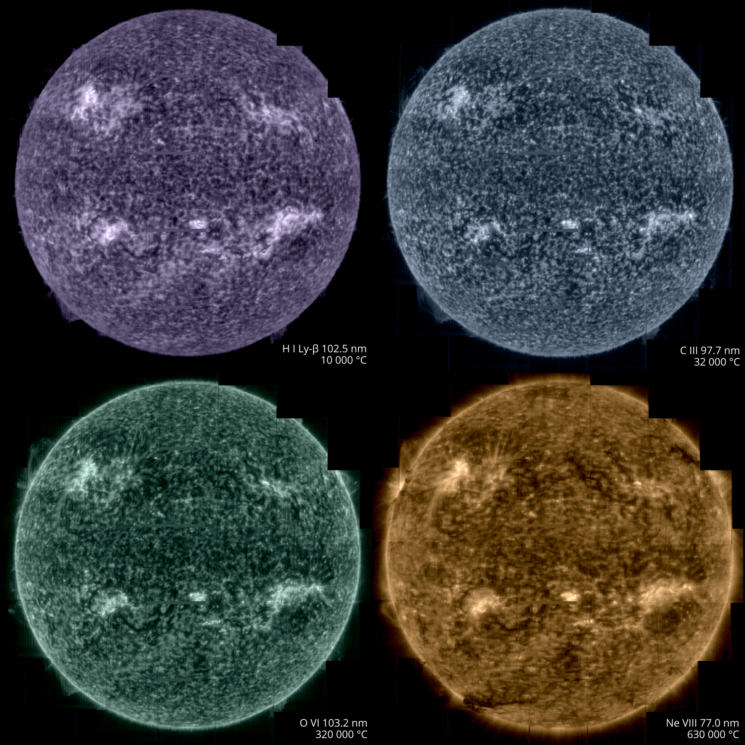 This will allow solar physicists to trace the eruptions happening in the corona down through the lower atmospheric layers. It will also allow them to study how the temperature is rising through the ascending atmospheric layers. This is puzzling to scientists because normally the temperature drops as you move away from a hot object. Above the Sun, however, the corona reaches a million degrees Celsius whereas the surface is only about 5000°C. Investigating this mystery is one of the key scientific objectives of Solar Orbiter.

Over the coming years the Solar Obiter will repeatedly fly this close to the Sun, gradually raising its orientation to view the Sun’s previously unobserved polar regions.

83 megapixels is pretty impressive, especially of something so difficult to capture as the sun! We can expect more fascinating hi-res images of our star in the next few years.