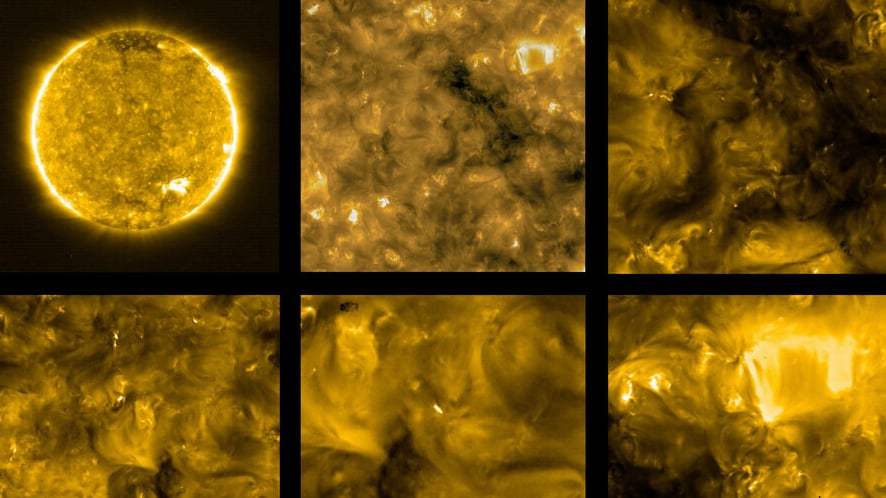 In February this year, ESA and NASA launched Solar Orbiter to study the Sun from up close. The probe has returned the first images, and they are the closest photos of the Sun that have ever been taken. They reveal miniature solar flares or “campfires,” a phenomenon that has never been observable in detail before. 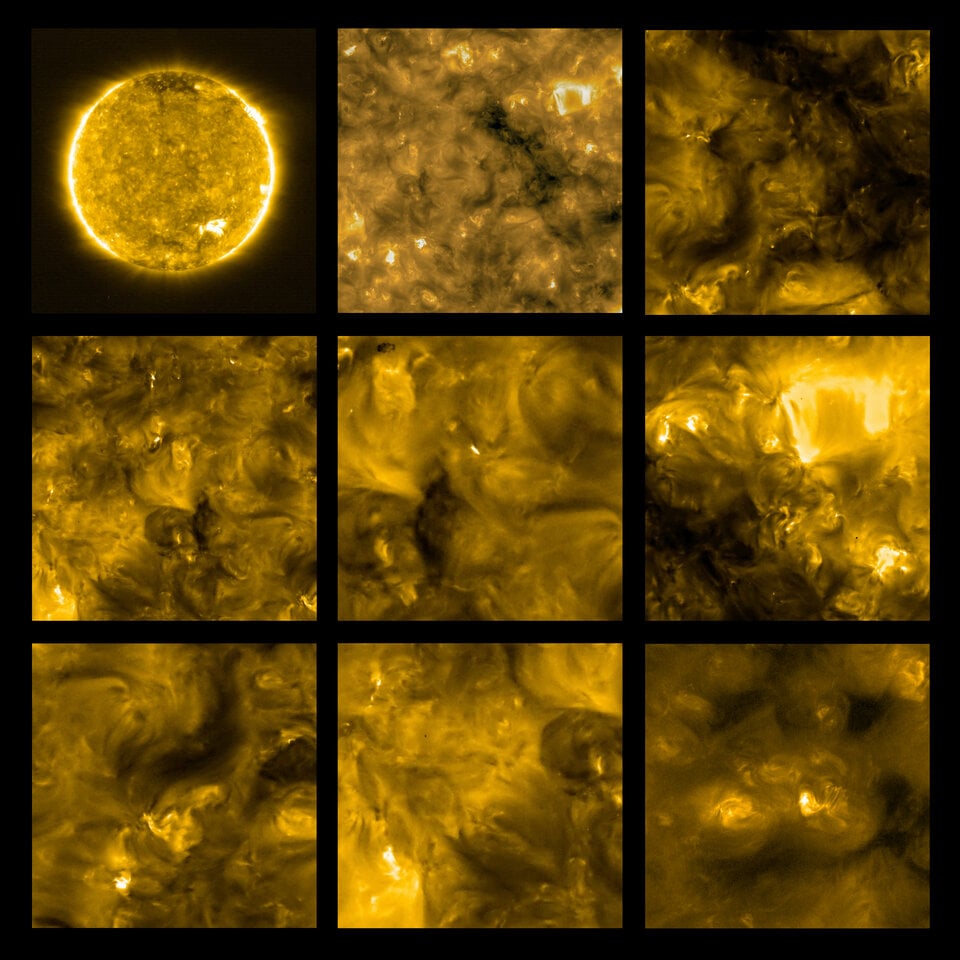 David Berghmans of the Royal Observatory of Belgium (ROB) describes campfires as “little relatives of the solar flares.” The difference is that scientists can observe solar flares from Earth, while campfires are million or billion times smaller. “The Sun might look quiet at the first glance, but when we look in detail, we can see those miniature flares everywhere we look,” he adds.

The first photos from the Solar Orbiter were taken at the distance of only 77 million km away from the Sun, about half the distance between the Earth and the Sun. But this is just the beginning. Daniel Müller, ESA’s Solar Orbiter Project Scientist, says that the Orbiter will get much closer to our closest star within less than two years. “Ultimately, it will get as close as 42 million km, which is almost a quarter of the distance from Sun to Earth,” he explains. It will help the scientists study the Sun, and hopefully treat us with lots more amazing photos.

Take a look at more photos below, and you can also check out this incredible timelapse made from a decade’s worth of Sun photos, and the first image shot inside its corona. 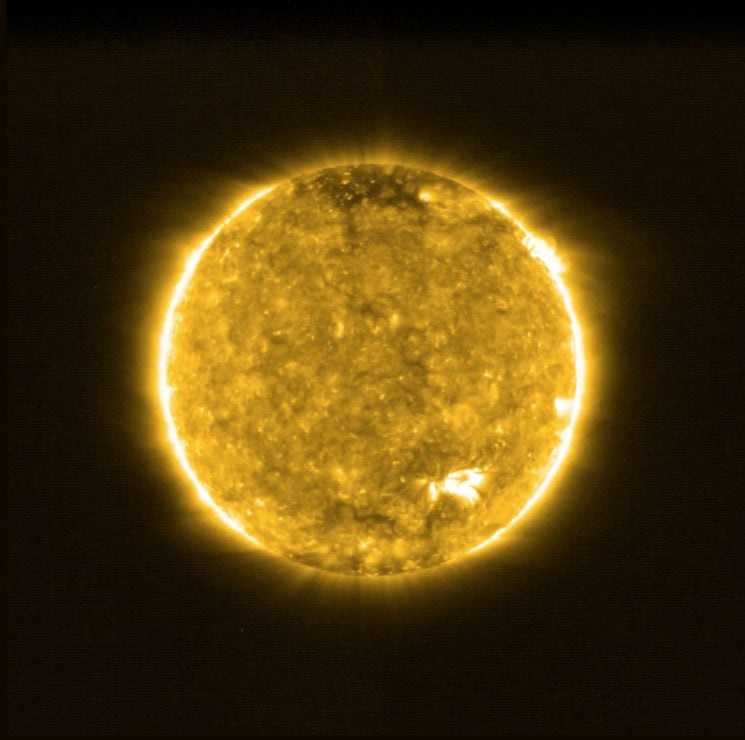 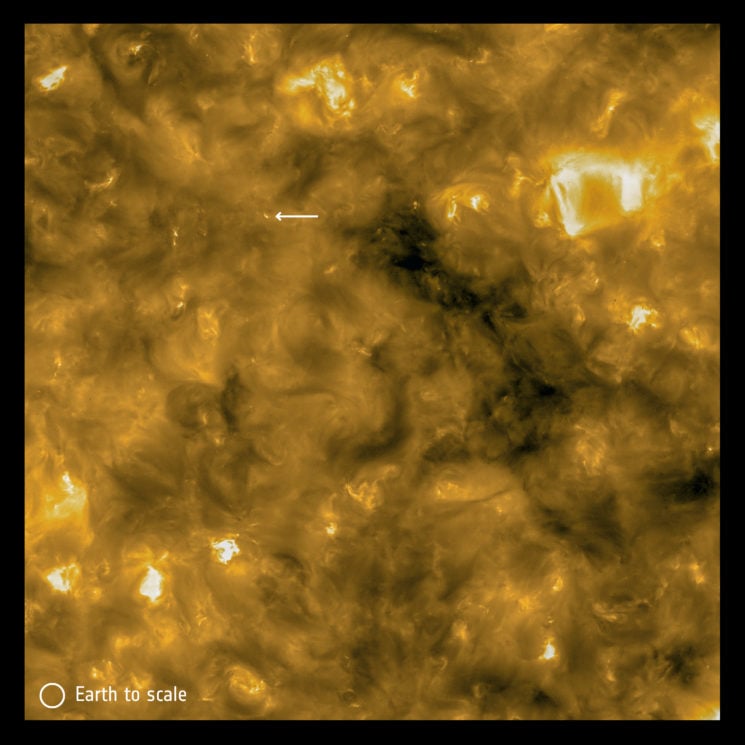 « Discover the fascinating beauty of chemicals crystalizing with this gorgeous timelapse
The Z5 is Nikon’s new $1,399 entry-level full-frame mirrorless camera »