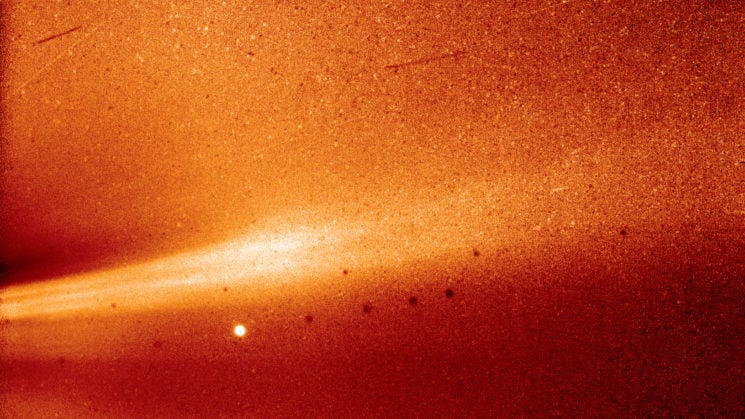 NASA’s Parker Solar Probe’s goal is to help us answer some of the big questions we have about the Sun. In order to do that, it has to get very close to it. Inside its atmosphere, basically. More commonly known as the corona.

The probe has come closer to the sun than any human-made craft before it, and NASA has just shared this incredible photo of a coronal streamer. This is the first photo ever to have been shot inside the Sun’s corona.

Coronal streamers are structures of solar material within the Sun’s atmosphere. They occur over regions of increased solar activity. At the time this image was taken, the Parker Solar Probe was around 16.9 million miles from the sun’s surface, and that bright object just left of centre is Mercury. 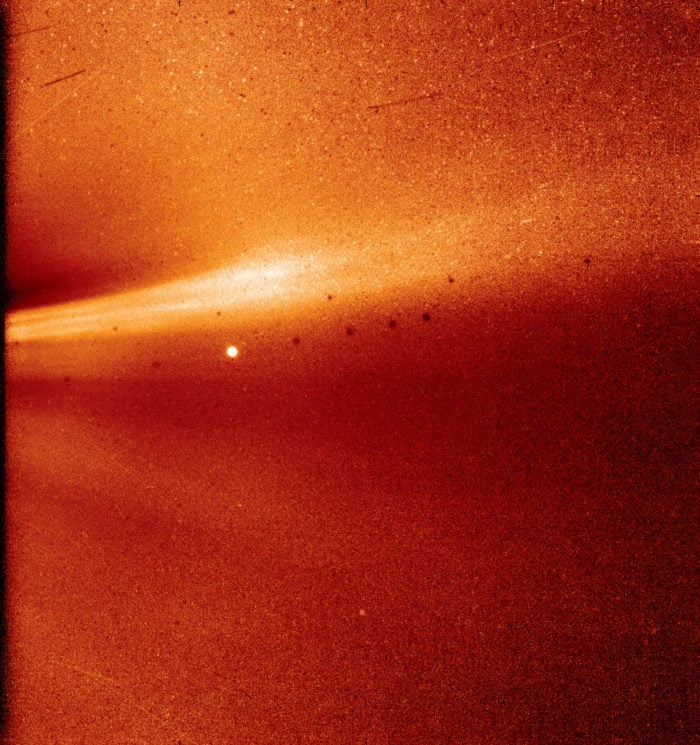 This image from Parker Solar Probe’s WISPR (Wide-field Imager for Solar Probe) instrument shows a coronal streamer, seen over the east limb of the Sun on Nov. 8, 2018, at 1:12 a.m. EST. Coronal streamers are structures of solar material within the Sun’s atmosphere, the corona, that usually overlie regions of increased solar activity. The fine structure of the streamer is very clear, with at least two rays visible. Parker Solar Probe was about 16.9 million miles from the Sun’s surface when this image was taken. The bright object near the center of the image is Mercury, and the dark spots are a result of background correction.

The Parker Probe aims to get as close as 3.8 million miles from the Sun and it will travel as fast as 430,000 miles per hour to get there. This also makes it the fastest ever object made by the beings of our little planet.

The Parker Solar Probe was named after physicist Eugene Newman Parker. He proposed a number of concepts about how stars, including the Sun, give off energy. Going counter to the science and physics of the day, he theorised an explanation for the superheated solar corona, which is hotter than the sun’s surface itself. This mission will be able to help prove some of the theories he’s made over the last 50+ years.

It is the first time NASA has named a mission after a living person.

And if you want to find out why the probe isn’t melting in the 6,000 to several million °C temperatures found in the Sun’s corona, have a watch of this.