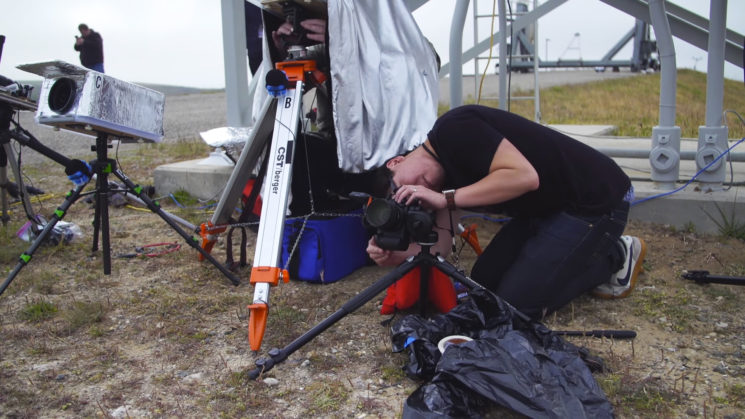 Under the pre-dawn skies of Vandenberg Air Force Base in California on May 5th, 2018, NASA launched InSight. Destined for Mars, InSight launched on the back of an Atlas V-401 rocket, one of the biggest rockets available for interplanetary flight. It’s the first mission to leave Vandenberg Air Force Base that is destined for another planet and it gave Tested’s Norman Chan an opportunity to document it.

The video goes over Norman’s process for shooting the event. And he wasn’t entirely sure what gear he’d used to photograph the launch, so he took a variety of kit to the launch, to make the decision on-site. Ultimately he chose a Canon 5D Mark IV, Sigma 50mm lens, Manfrotto 290 tripod, MIOPS trigger, sandbags and trash bags.

Norman’s setup is fairly simple. Place the Canon 5D Mark IV and Sigma 50mm lens on the tripod. Prefocus and set up the MIOPS trigger to listen for sound, and then cover the whole thing in trash bags. Except for a hole for the lens to poke through, of course. 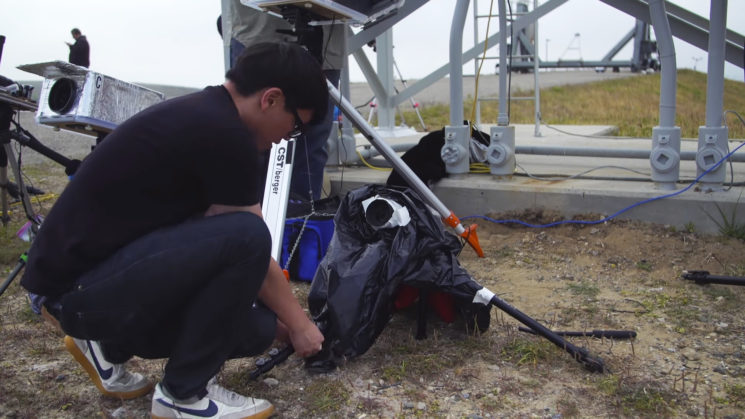 After this it’s a case of just waiting for the launch, which happened at 4:05 am. And then waiting until they tell you it’s safe to go and retrieve your kit, which was around three hours after the launch. Norman grabs his gear and brings the images into Lightroom to see how they look.

Although the kit worked without a hitch, the weather didn’t work well for them that night. It was good enough for the launch to go ahead as planned, although it was night time and it was very foggy. Shooting bright rocket flames against the blackness of night is already difficult enough. With no light on the rocket itself it’s going to be tough to pick out, and the fog just added to that. 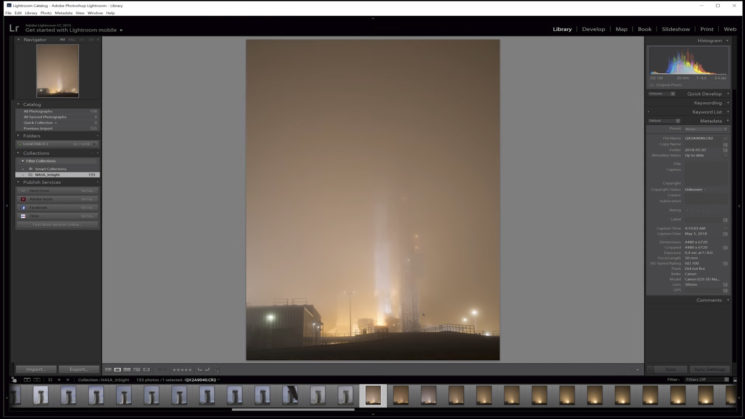 In the end, Norman decided to turn the launch into an animated gif, and it looks great.

So, although he wasn’t able to see the actual rocket, a sequence like that above isn’t a bad one to bring home with you.

Photographing a rocket launch is something that’s been on my bucket list for a long time. I don’t think I really want it badly enough to ever actually do it, but it would be a lot of fun.

« Instagram will soon tell you how much time you’re spending on the app
You’re beautiful! And 4 other things to never say to a portrait subject »