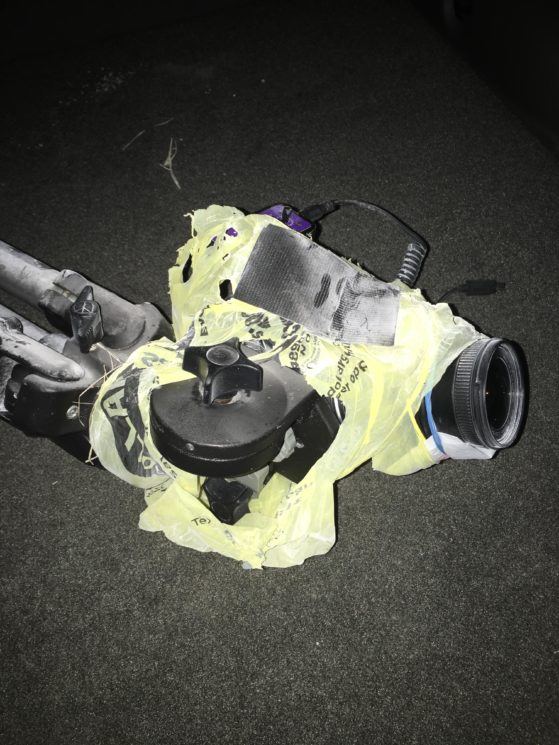 Have you ever wondered what a rocket launch can do to a camera? A young photographer John Kraus recently showed us what happens when you shoot rocket launch from 45 yards distance.

John is a 16 year old photographer who shoots rocket launches for space news site AmericaSpace.com. He became a member in January 2016, and by joining the team he became one of the youngest spaceflight photojournalists.

John’s photos are pretty amazing, and he doesn’t use fancy equipment to achieve this. He shoots with a Nikon D3300 and an 18-55mm kit lens. This is one of many examples that not everything is about the equipment, but about the skill and the effort to take a good photo.

When it comes to the rest of the equipment, he is very resourceful and relies on DIY approach. He protects the camera from weather with a plastic bag. The focus and zoom rings are taped down to prevent vibrations from the launch shaking them out of place. He stakes down the tripod with tent stakes and zip ties to prevent the rocket or winds from knocking it over. For night launches, he uses rubber-bands two or three hand warmers underneath the lens to prevent dew from forming. But even thought he took all the precautions to protect the camera from weather and vibrations, the rocket launch still didn’t spare his camera and lens. 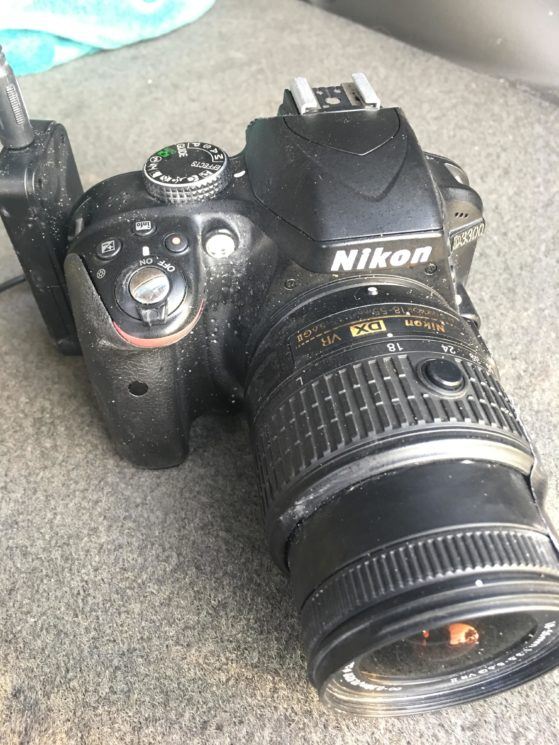 Even with a plastic bag for protection, the acidic exhaust melted through portions of the plastic bag and attached to the camera. The front element of the lens has a bunch of pitting due to HCl particles pelting the front element. The damage looks pretty nasty. 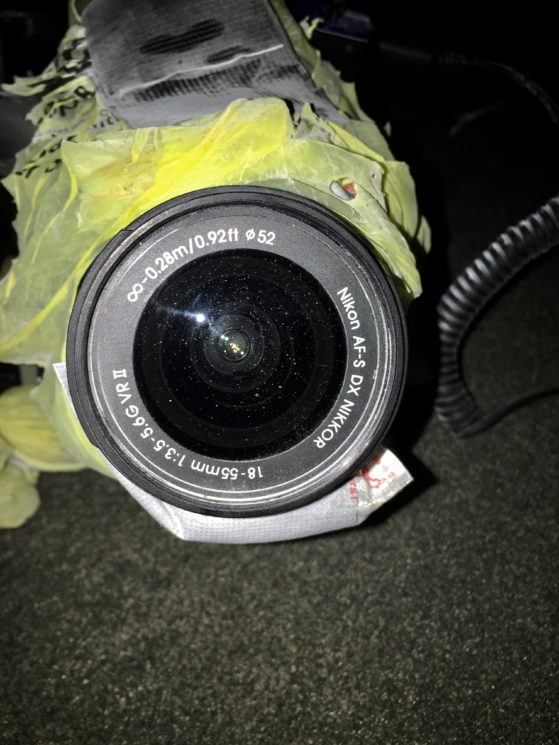 Fortunately, John was able to wipe some of the dirt off with water and baking soda. But still, the damage is rather obvious. John says that he’s likely to replace the lens or its front element after all.

Many people have commented that John should have protected the lens with a filter. However, John explains why it was not possible: “these lenses sit out for 8-48+ hours and dew can accumulate on the lens and both sides of a potential filter at night. Filters also introduce glare, flare, and ghosting due to the extremely bright engines on the rocket. They’ll also reduce image quality. If it were to shatter, it could damage my lens even more. It could get stuck on the lens as well.”

Many people have also wondered how he was allowed be that close to the launchpad. But the process of shooting doesn’t include John to be that close (in fact, it would be pretty dangerous). As he explains on his website, he sets up cameras at the launchpad before the launch, and then shoots from further away inside Cape Canaveral Air Force Station. He uses a Vela Pop sound trigger to trigger the camera from the distance.

John’s story showed the online community that great photos come with a price. But according to the result, it was definitely worth it. 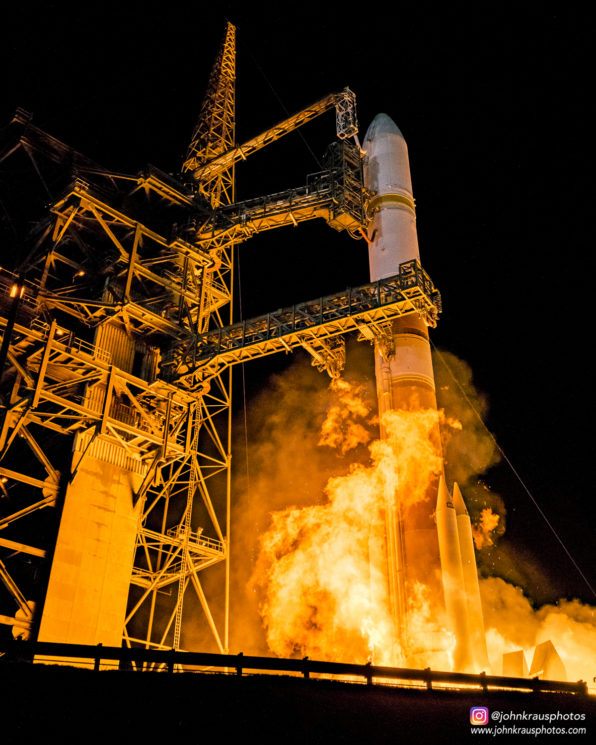 All photos were taken by John Kraus and shared with permission. You can see more of John’s photos on his website and Instagram profile.