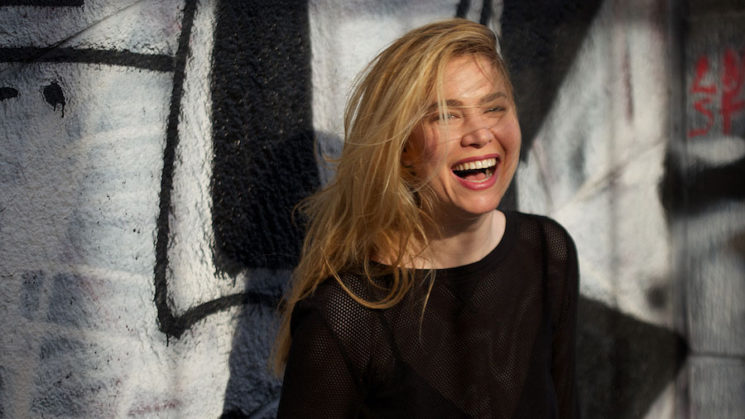 Do you want to create effective portraits? Then you’ve got to learn what to say to your subjects… and more importantly, what not to say. Remember the 10th Commandment of Portrait Photography: Do no harm. It’s the photographer’s job to make the subject comfortable. If your subject is comfortable, you’ll get better expressions. Better expressions mean better pictures.

That’s why I put together this handy-dandy list of 7 things you should never say to your portrait subjects… and what you should stay instead. Plus, I even put my secret “don’t smile” tip down at the bottom of this article. Now, what’s the worst thing you can say to a portrait subject? Simple! It’s… 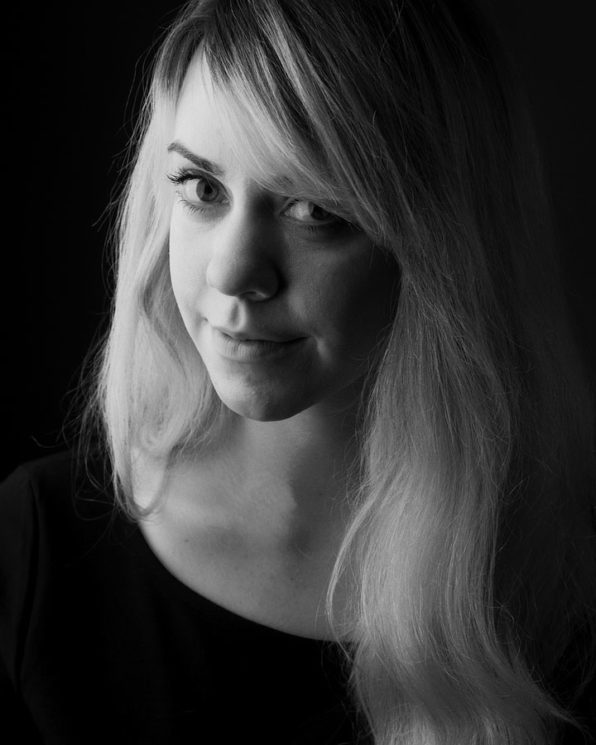 What’s wrong with a good old-fashioned compliment like “you’re beautiful” or “you’re handsome?” I can’t speak for everyone, but when you pay a direct compliment like that, your subject may immediately think “oh my God, not another one… I’m here to take pictures, not get hit on.”

That makes you the enemy in the form of just another creepy photographer.

Plus, some people get compliments on their looks so often that they’re actually self-conscious about their looks. They don’t need to hear another one. And be very careful when talking about specific features like hair or cheekbones or legs. You are playing with fire.

Let’s talk about my ex-girlfriend ‘Cheryl’ (named changed to protect the innocent). Cheryl had a gorgeous mane of thick, curly brown hair. But where everyone saw beauty, she saw hassle. Whenever I complimented her hair, she would say “I hate it because it takes so long to dry” or “when I was a kid, everyone fun of my hair.” People can be self-conscious about their looks in ways you’ll never understand. And the thing you love about someone may be the very thing they hate most.

In fact, one of my patented Jedi Mind Tricks is to NEVER compliment a person’s looks.

Say This Instead: “This is exactly what I’m looking for. Great job!”

You want your subject to focus on how well the shoot is going, not how they look, or whether you’re trying to get them into bed.

And even if the pictures suck at first, don’t worry! Positive energy means better pictures.

It’s surprisingly hard to get a natural smile out of people during a portrait session, especially if they’re staring down a telephoto lens with strobes popping nonstop.

Lots of people will tense right up because they’re being put on the spot. (as you probably know, professional models are an exception)

Do this instead: Make your subject laugh. 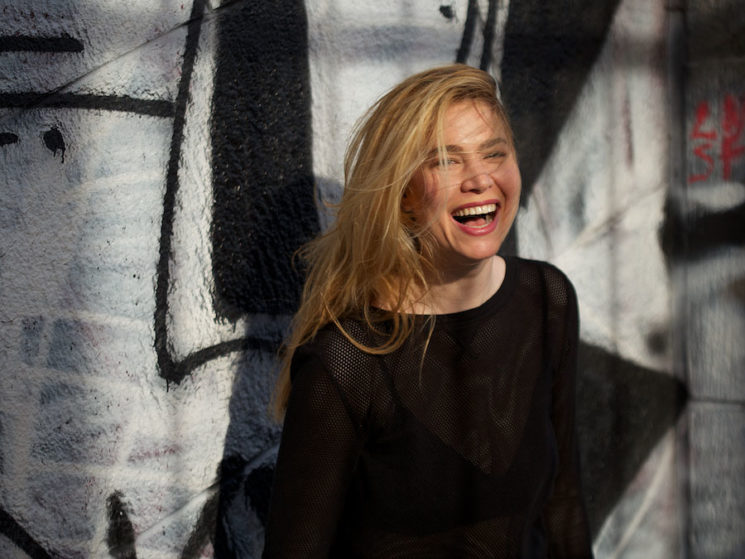 Everyone’s got a few funny stories. So always have one at the ready, ESPECIALLY if you are the butt of the joke (EXCEPTION: you can’t ever be a creep in a story).

If your subject is laughing at you, you are not threatening. And once they’re laughing and having fun, you won’t have to ask them to smile. They’ll just do it, and it will look great.

Another great way to get a smile is the “cookie” line.

I once heard a photographer named Stephen Eastwood say he would ask people to imagine the smell of chocolate chip cookies baking in the oven. (or something along those lines). Everyone loves that smell, and it brings their mind to a good place.

I use a simple variation. I ask what their favorite food is. Let’s say it’s Chinese dumplings.

I’ll say “imagine you just came home after a long, hard day and you’re exhausted. The fridge is empty, but you don’t want to wait for a delivery. But then you look, and there’s a big plate of steaming dumplings on the table, just for you.”

Any time you can introduce a positive visual like that, do it.

Asking about a dream vacation or favorite restaurant can work wonders too.

I once went to a lecture with the legendary Gregory Heisler, who explained that he often had just minutes to shoot cover-worthy portraits of A-list celebrities. I asked him how he built rapport so quickly. He said you have to be like an experienced doctor: very confident, very sure of yourself, and very specific. That shows you know what you’re doing, and it builds trust.

So when you say “just be yourself” or “act natural,” your subject thinks “this idiot doesn’t know what he’s doing.”

Portrait subjects want direction because it lets them know they’re in good hands. You’re working to make them look their best, which makes them more relaxed. Ironically, that gets the “natural” expressions you wanted in the first place!

Do This Instead: Before your shoot, put together a few canned ideas with poses and compositions you like.

Take a look at photo books , magazines, or even Instagram for some inspiration. When you walk into a shoot with a few ideas, you can immediately get to work and build some momentum. Once you get the ball rolling, you can start improvising.

There is an exception though: some people are so extroverted and eager to be in front of the camera that they’ll just perform for you. Just stay out of the way!

4. Do you have a boyfriend?

Years ago during a portrait session, I asked my female subject if she had a boyfriend. It was purely in the interest of making conversation.

That was really, really dumb — and not only because she could have taken it as a come-on. No, it was dumb because she’s gay. And she wasn’t out at the time. I made a really dumb assumption that probably made her very uncomfortable.

Say This Instead: “Who’s your favorite actor/musician/movie? Why?”

This is a pretty safe topic of conversation, and they’ll be happy to chatter away about them.

And if you can establish common ground, even better! 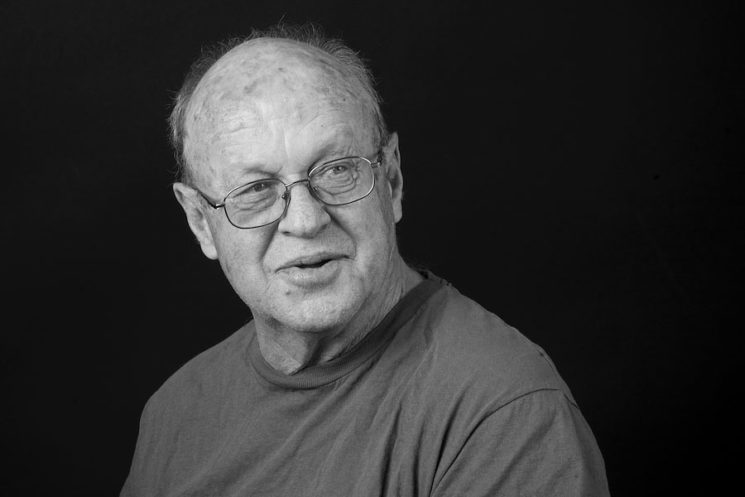 You look at your camera’s screen. The lighting’s not flattering, the angle is odd, and the expression is just off. That’s all okay… but don’t let your subject know things are not going well. You don’t want him to think he’s doing something wrong or letting you down.

Once negativity is introduced to a session, it’s hard to turn it around.

Say This Instead: “This is great. Let’s get a few more shots. Excellent! Alright, now we’re moving on to…”

Don’t let your subject know something’s not working, because they’ll start worrying about 2 things: whether they’re messing up, or if you’re messing up.

So if a picture isn’t working, don’t make a big deal about it. Just let your subject know they’re doing fine, and it’s time to move on to the next idea. 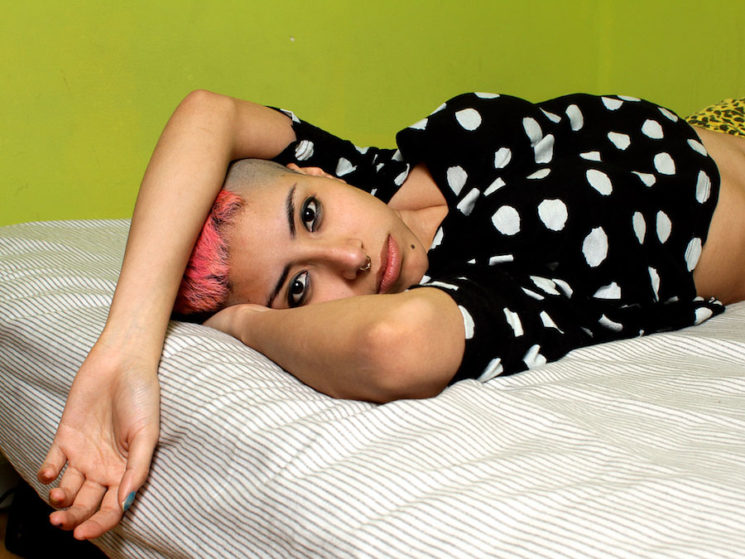 This is another one of my Jedi Mind Tricks.

I have a secondary method for getting great smiles out of people. This works especially well on REALLY nervous people.

Put yourself in serious artist mode. Slap on a beret if you have to!

Quietly say “we’re going to do a very serious picture now. Whatever you do, don’t smile. It will ruin everything.”

Here’s happens next: your subject will look serious about 5 seconds, and then burst out laughing, saying “I’m sorry! I’m sorry!”

There’s something about telling people to be serious that makes them want to laugh.

Michael Comeau is the Editor of OnPortraits.com, an online community dedicated to simple, classic portrait photography. This article was also published here and shared with permission.

23 Things You Will Never Hear a Professional Photographer Say