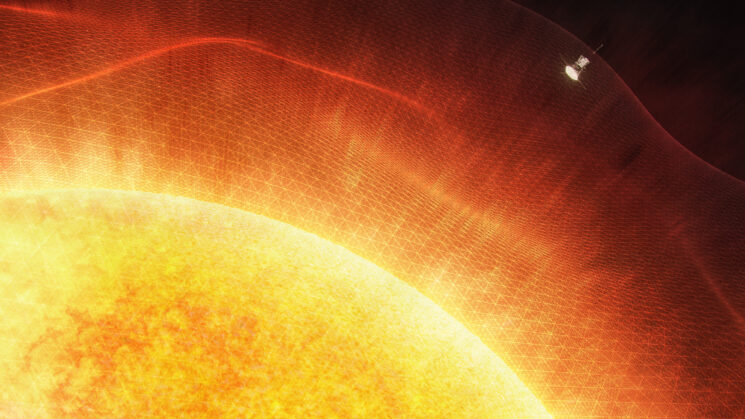 NASA’s Parker Solar Probe was launched in 2018 with a goal to explore our Sun. And now, three years later, the probe has reached its destination and “touched” the sun, getting closer to it than any space probe before. Parker entered the Sun’s corona, and as if it wasn’t impressive enough – it also sent back the first photos from out there.

The probe sampled particles and magnetic fields in the corona and discovered the patterns in the solar wind. All of this will help the scientists uncover critical information about the Sun and its influence on the solar system. Also, it will bring us closer to answering the question of whether we’re alone in the Universe.

During the flyby, the probe passed into and out of the corona several times, NASA explains. It flew by structures called coronal streamers. You can see them as bright features moving upward in the upper images and angled downward in the lower row. “Such a view is only possible because the spacecraft flew above and below the streamers inside the corona,” NASA writes. “Until now, streamers have only been seen from afar.” We don’t normally see them, but they’re revealed and visible from Earth during total solar eclipses. 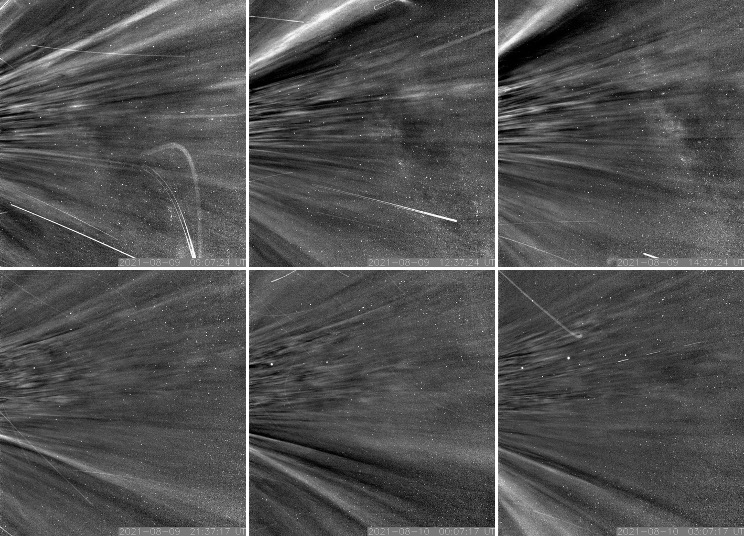 “Parker Solar Probe ‘touching the Sun’ is a monumental moment for solar science and a truly remarkable feat,” said Thomas Zurbuchen, the associate administrator for the Science Mission Directorate at NASA Headquarters in Washington. “Not only does this milestone provide us with deeper insights into our Sun’s evolution and its impacts on our solar system, but everything we learn about our own star also teaches us more about stars in the rest of the universe.”