Drones have become ridiculously popular in the last few years, of that there is no doubt, but sometimes you don’t need all the power and load capacities of huge drones like the new DJI Matrice 600, or even the relatively modest Phantom 4.

Sometimes, you just need a camera that hovers and follows you around, which is where the small Hover Camera steps in.  Capable of shooting 13MP stills, and 4K video, the Hover Camera weighs in at under 250g, meaning that it doesn’t require registration with the FAA.

Of course, if you plan to be the next Martin Scorsese, you might want to set your sights a little higher, but for the selfie obsessed or those that simply wish to document their life and events without having to worry about selfie sticks, or if the person you asked to hold your camera has a clue what they’re doing, then this could be the perfect solution.

The Hover Camera from Zero Zero Robotics forgoes the expected gimbal mount typically used by drones to mount external cameras, by incorporating an internal camera with electronic image stabilisation to ensure that your images are always steady.

The fully autonomous camera is driven by an advanced embedded AI, powered by a Snapdragon quad core 2.3Ghz processor, which utilises motion tracking techniques to aid in both the hovering abilities of the drone itself, as well as video and image stabilisation. 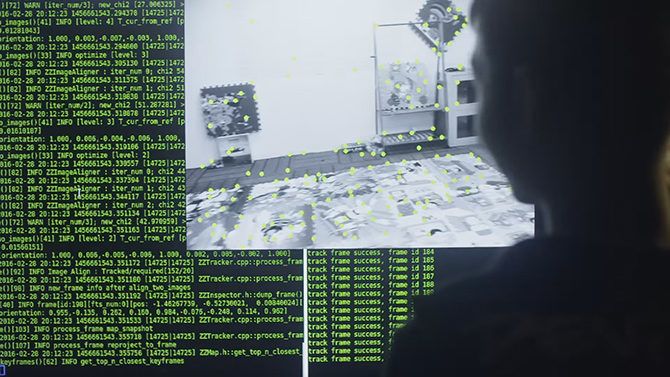 The hover camera also contains a second camera pointing straight down to monitor the ground beneath it in order to monitor its environment helping to keep it level and further increase that stability, and determine travelling speeds.

Facial and subject recognition also allows it to follow a person as they move. 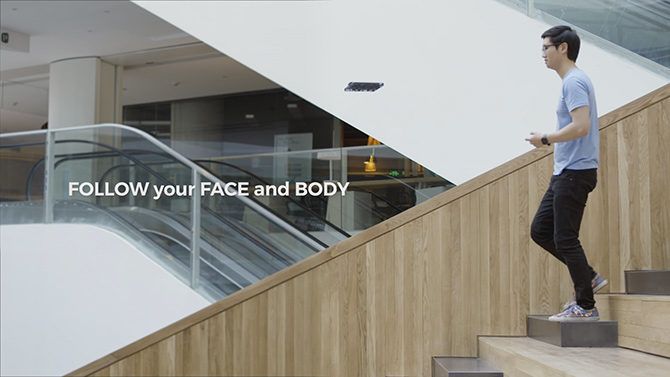 Or letting you get perfectly framed family snaps time after time. 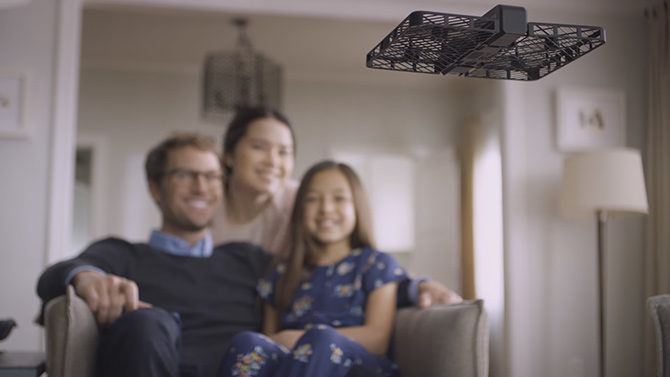 About the size of your average hard backed book when folded, the Hover Camera is easily small and light enough to take with you everywhere, ready to whip it out and throw it in the air when needed. 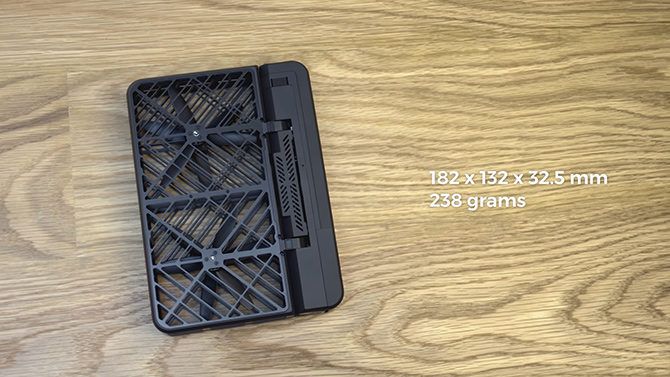 With a protective enclosure made from durable and lightweight carbon fibre, the Hover Camera is also extremely rugged, being able to take quite a fall with little to no damage, should the worst happen. 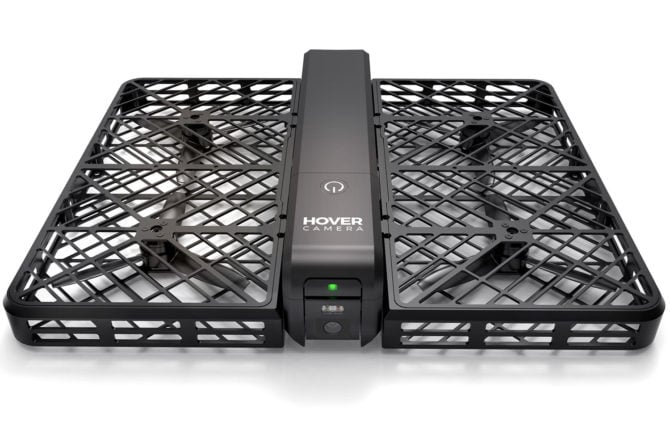 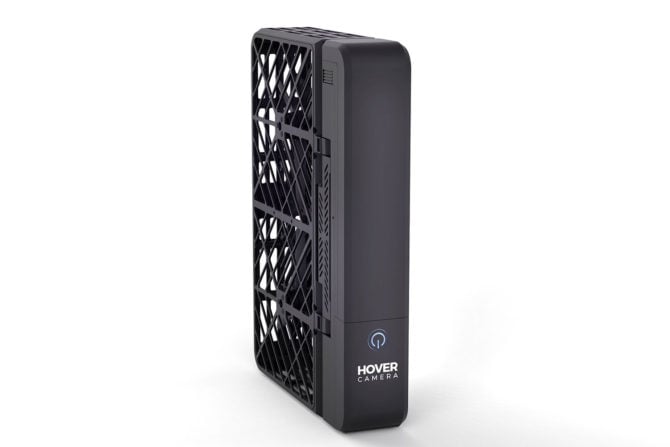 Remote control of the device is provided via a Smartphone app, which offers a live stream preview of what the camera sees.  As some of you will be curious as to how loud this little thing is (a common concern with follow mode drones), here’s a short video demo of the camera in action using the iPhone app.

As well as the obvious ability to shoot more selfies than ever without having to deal with holding a stick, I could easily see this type of system becoming a new standard in home video.

Throwing a party?  Just pull it off the shelf, throw it in the air and leave it to it, documenting the event so you can all enjoy yourself, without having to worry about seeing the results, or waiting six months for your guests to upload their snaps to Facebook.

It could also be very handy for educators and professionals wanting to document some of their processes without having to deal with a big camera crew or more elaborate drone systems.

Pre-orders are expected to start becoming available this summer, and while exact pricing has not yet been announced, their goal is to keep it under $600, which makes it a very competitively priced system.

To find out more about the Hover Camera, or to sign up to their Beta, check out their website.

Would you use a drone camera like this?  If so, what would you use it for?  Let us know in the comments.

« How a personal project became an exhibition of the most beautifully photographed and detailed bugs you ever saw
ON1 Photo RAW, the first new RAW processor in a decade »