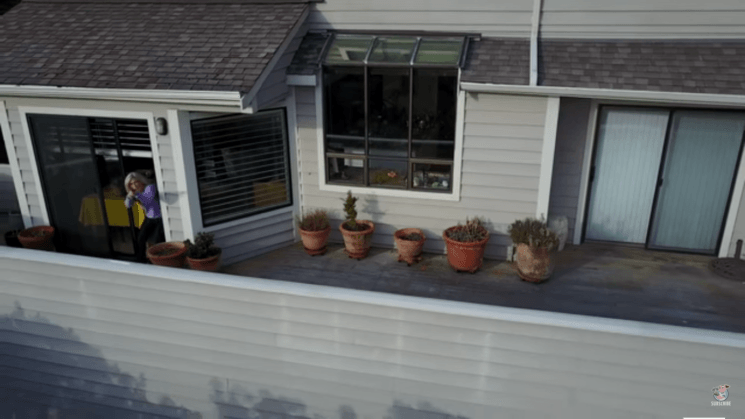 Drones have definitely become common in our everyday lives. There are plenty of their possible uses, from taking photos and videos to making tigers exercise. However, not all of the applications are useful or positive. I’ve often heard that you could use a drone to spy on your neighbors, and apparently, some people do it, big time. But this woman decided she doesn’t want to put up with that. So, she takes a gun and opens the drone hunting season.

This video is taken by a drone hovering over the woman’s home. When she first sees it, she tries to take it down by throwing rocks at it. But for whichever reason, the drone pilot persists. He moves the drone away when she starts throwing rocks, but then he moves it close to the house again. This is when she gets really pissed off (who wouldn’t). She gets inside and shows up with a gun, pointing it at a drone. I can’t tell if she fires a shot, as there’s no sound. But I certainly hope she does.

Although I’m not really into guns, I can totally understand this woman. Nobody has the right to invade your personal space and privacy, and hovering a drone that near your house would do exactly that. Drones are awesome in terms of aerial photography and footage, and they have other good applications – but spying isn’t one of them. I’d never destroy something that doesn’t belong to me, but if this something was a drone filming me on my own balcony – I’d try to take it down and smash it without thinking. What would you do in a situation like this? Do you approve what this woman did or you think it’s a bit over the top?