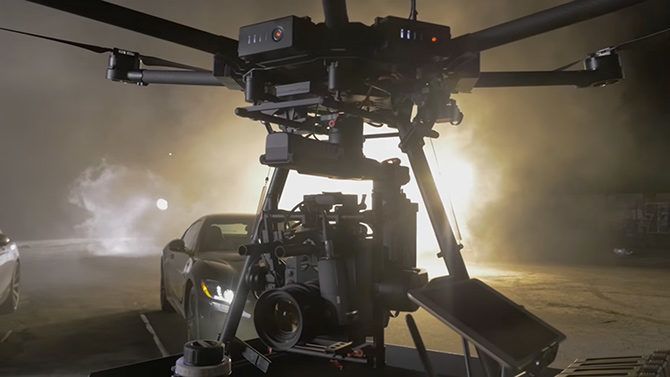 Aimed at Hollywood’s heaviest hitters as well as independent aerial cinematographers, DJI have announced their new Matrice 600 drone & Ronin-MX gimbal stabilizer.  Able to carry a payload of up to 13.2 pounds, the Matrice 600 is perfectly suited to a range of cameras from Nikon and Canon DSLRs, to RED and Arri cinema cameras.

As one would expect, the M600 also works with DJI’s own high end Zenmuse camera line.  When used with one of these much lighter units, battery life is more than doubled, increasing flight time from 15 minutes to around 35 minutes.

The Matrice 600 uses a six small intelligent battery configuration to power this beast of a system.  A customised battery management system and power distribution board allows all six batteries to be turned on with just the press of a button, and keeps the system in flight in the event of a single battery failure.  The operator can also check battery status in real-time during flight. 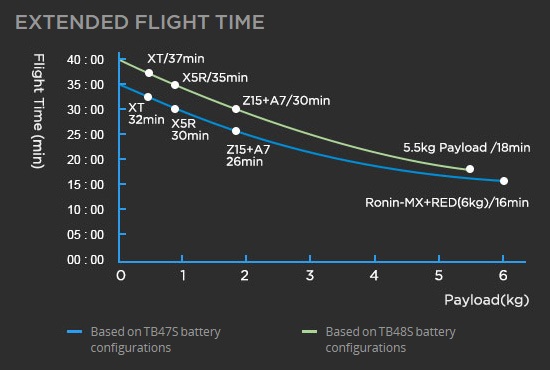 With a transmission range of up to 5km and ultra-low latency HD image transmission, it’s clear this platform was built for power users.  Whether shooting a fight sequence or a car chase, the Matrice 600 seems to be able to keep up with ease, and with the Ronin-MX gimbal the camera can quickly be switched from the drone to handheld or car mounted.

To show off the Matrice 600’s performance and accuracy, DJI enlisted the help of cinematographer Michael FitzMaurice, who having worked on such films as The Dark Knight, Iron Man, Iron Man 2, Fast & Furious, Interstellar and Suicide Squad, is perfectly suited to providing an opinion on how this new system can fit into a Hollywood workflow.

DJI also sought assistance from Ernesto Lomeli, to highlight the versatility of the Ronin-MX, and the ease with which it can be switched between a drone, handheld use, as well as mounting to a vehicle either directly or via Ultimate Arm for this high speed car chase scene.

Not an inexpensive solution, by any means, but certainly not out of the realm of possibility for even modest independent production companies that want to add a solid aerial filming platform to their workflow.