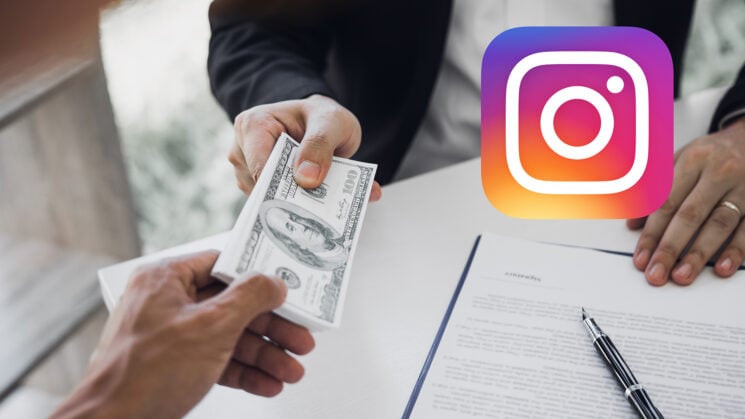 It’s not a secret that TikTok is one of Instagram’s biggest competitors right now, if not the biggest. As if copying TikTok’s features (twice… no, three times), Instagram is now paying creators up to $35,000 to post Reels.

We had a hint of this feature earlier this year, starting with some kind of “monetization program” Mark Zuckerberg announced. He said that Facebook (now Meta) would pay $1 billion to all types of content creators through the end of 2022. I believe that Instagram’s paid subscriptions service is a part of the incentive, but now it looks like Instagram’s offering even more.

Maddy Corbin told TechCrunch that she was offered up to a $1,000 bonus for her reels in a month. However, she noticed that not all creators are offered the same deal. “I saw some people that had more followers than me and they could only make $600,” she told TechCrunch, while others with fewer followers were offered $800. “I wish I knew more on how that was generated. All I can think of is maybe it’s based off of past reels’ performance,” she added.

The bonuses work like this: Instagram gives you a specified period of time during which you should post Reels and amass a certain number of views. There is a maximum bonus and a few thresholds which you can reach for a smaller payout. And for now, it’s only available in the US, judging from the reports.

Instagram is paying up to $8.5K for reels posts for the next month?! But look at the requirement views needed to make the full bag ? pic.twitter.com/ghMxng3Jd4

As I mentioned, the bonus amounts are arbitrary, at least they seem so to an observer. The biggest maximum bonus we’ve seen so far is $35,000, as shared in a screenshot on Reddit. An Instagram spokesperson told TechCrunch that the company’s still testing payments as it rolls out the feature to more creators. “[We] expect them to fluctuate while we’re still getting started,” the spokesperson added. “We’ve designed bonuses so that we can help as many creators as we can in a way that is achievable and drives meaningful earnings. Our goal is for bonuses to become more personalized over time.”

Will these bonuses drive the creators away from TikTok and make them post more on Instagram? Who knows. But I’m pretty sure this is just another Instagram’s attempt to fight off the competition.