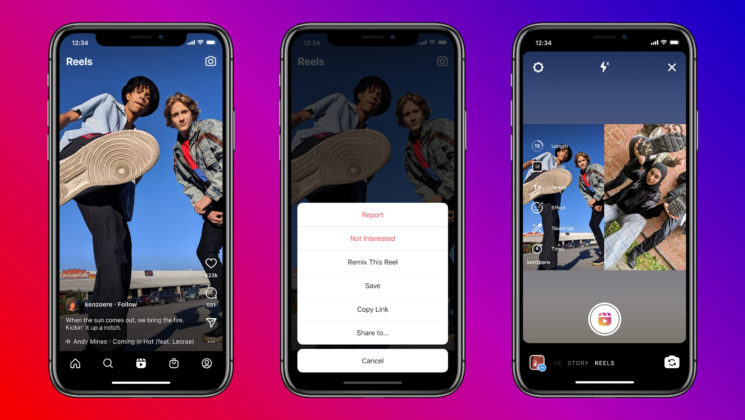 Instagram has launched Remix, a new feature under Reels that lets you collaborate with other users. Just like Reels itself, Remix also comes from TikTok and incredibly reminds of its Duet feature.

The Remix feature is automatically enabled under Reels as of today. You can record your video next to someone else’s in real-time, or choose to upload an already filmed video from your gallery. If you’ve already posted some Reels to your account, you’ll have to adapt them for the latest feature and enable it manually in every video. Nina will tell you more about it:

More on how to use it ? pic.twitter.com/IQaRtH4pUN

It’s not the first time that Instagram rips off, ahem, finds inspiration in other popular apps. Reels itself came from TikTok, just like its latest upgrade. Before that, Instagram copied more than one feature from another popular app, Snapchat. After Stories, it also experimented with disappearing messages.

To be honest with you, I don’t really see the point of Reels in the first place, but that’s probably because I don’t like TikTok’s format in general. I think I’m just getting old. However, it’s a fact that TikTok has nearly 700 million active users. I guess they are all seeing something I don’t, and Instagram has recognized it as well and decided to expand its Reels features forward.

« Free Lightroom alternative: Getting started with Darktable part 1
Comedy Pet Photo Awards 2021 is open for entries; here are some unseen photos to inspire you »