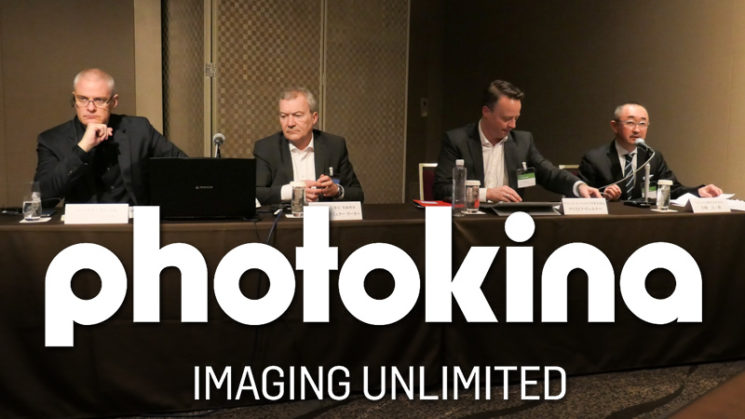 The coronavirus situation has the world’s population divided. On the one side, many aren’t worried. That it’s just SARS, MERS, Bird Flu or Ebola all over again and that it’ll blow over. On the other, some people are very worried, particularly organisers of large events such as MWC in Barcelona, CP+ in Tokyo and now GDC in San Francisco.

TPS, NAB and Photokina all recently announced that they are still currently going ahead as planned, but the situation in Europe has changed since then. A couple of days ago, however, at a press conference in Tokyo, Photokina organisers still say that there is no reason to cancel the event.

Koelnmesse held the press conference in Tokyo on February 26th, a week after the initial announcement that Photokina would go ahead as planned, but after the coronavirus started to take root in Italy. It’s now starting to spread throughout Europe. DC.Watch reports (Google translated)…

“At this time, there is no reason to halt a large-scale event like Cologne Messe,” said Christoph Werner, head of the Cologne Messe Photokina, based on recommendations from the WHO, the German Federal Ministry of Health and the local health authorities.

“Unless the health authorities announce that the trade fair should be stopped in Europe, it will be at the discretion of the exhibiting companies,” said Kai Hillebrand, chairman of the German Photographic Industry Association. He added that it is difficult to predict whether or not Chinese companies will be able to exhibit three months ahead, but said, “Preparation is on the premise of exhibiting (by Chinese companies).”

Indeed, it’s true. It’s impossible to know how the situation will look three months from now, but with the rapidly changing situation in Europe, many exhibitors may cancel, even if they’re not coming from China.

Some companies had already lost a little faith in Photokina before the coronavirus outbreak, with Nikon, Leica and Olympus pulling out of the event in September last year – which was announced in a somewhat passive-aggressive press release from Photokina organisers. These companies were followed a couple of months later by Fujifilm, who also pulled out of the event.

But for right now, the event is still going ahead as planned, and they say that a big shift in focus for this year’s Photokina will be towards smartphone photographers. With the increase in smartphone sales (and the cancellation of MWC) and more using phones as a gateway towards photography, this could potentially be a good angle for them, especially if other big names in the photography industry choose to withdraw from attending.

Having cancelled Photokina last year, 2020 is a big year for the event and (finally) marks the beginning of its new annual cycle. Assuming it still goes ahead as planned.

Are you planning to attend Photokina 2020?