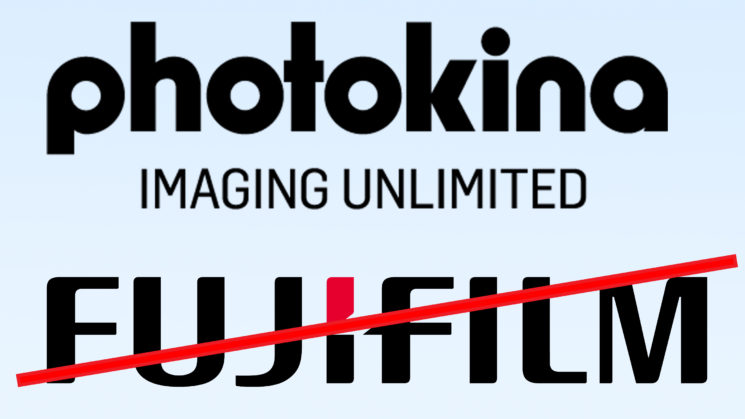 It’s official that Nikon, Leica, and Olympus will not be attending Photokina in May 2020. However, judging from the recent reports, Fujifilm is also bailing out.

When Photokina announced that Nikon, Leica, and Olympus will not attend the upcoming show, there was no word on Fujifilm. However, Fuji Rumors had a tip that Fujifilm will not be present. The show has already been left without some of the major exhibitors, and it’s all pretty sad.

You might remember that in 2017 Photokina became an annual event.  Then, to everyone’s shock, the 2019 Photokina was canceled and rescheduled for May 2020. And since then, a couple of major manufacturers have announced that they won’t be exhibiting at the show.

First, there was a rumor that Canon, Elinchrom, and Profoto would pull out from Photokina 2020. It turned out that Profoto and Canon will be at the upcoming event, but Elinchrom confirmed that we won’t see them at the show. And as I mentioned, Nikon, Leica, and Olympus have also canceled their participation. For now, Fujifilm is only rumored to bail out of the show, but we’ll get in touch with the company to confirm this. We will update the article if we hear back.

Fuji’s Photokina Teaser: Is Mirrorless Really as Evolved as They Say it is?