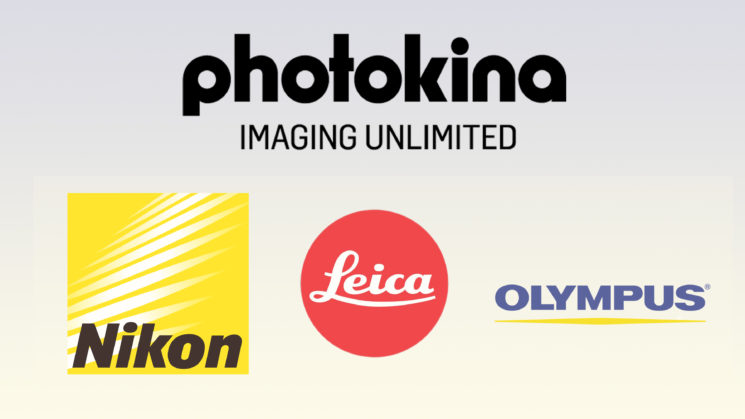 Photokina has confirmed that three major camera companies will not attend the 2020 show. Nikon, Leica and Olympus will not be a part of the show in May 2020, and it seems to be official – it has been confirmed in Photokina’s press release.

Photokina sent out an email in German first, indicating that the three companies won’t be a part of the upcoming show. But we have later received an update in English, confirming the same information. What’s more, the official press release is also available on Photokina’s website.

The press release indicates that Photokina has been adapting to the ever-changing market and its decline. It has reacted to these changes by shifting focus to mobile, motion and digital imaging. In addition, it will be focused more on younger visitors, but also new exhibitors. Christoph Werner, Vice President of Koelnmesse, confirmed that Leica, Nikon, and Olympus are canceling the show:

“We look forward to strong demand and applications from both the new and the classic segments of companies like Canon, CEWE, GoPro, Sony, Panasonic, Kodak Alaris, Sigma, Tamron, Carl Zeiss, Hasselblad, Hahnemühle, Arri, Rode Mikrophones, DJI and Insta360. […] These are contrasted by cancellations, including from Leica, Nikon and Olympus.”

Back in April last year, there were rumors of certain brands pulling out of Photokina 2019, including Canon, Elinchrom, and Profoto. Christoph Menke, director of Photokina, denied the rumors about Canon and Profoto, but Elinchrom seems to stay out. And then, Photokina 2019 was canceled altogether. It looks like a lot is changing in the show’s organization and it’s indeed shifting focus to new exhibitors. But I wonder what made old exhibitors and big companies like Nikon, Olympus, and Leica pull out of the upcoming show.