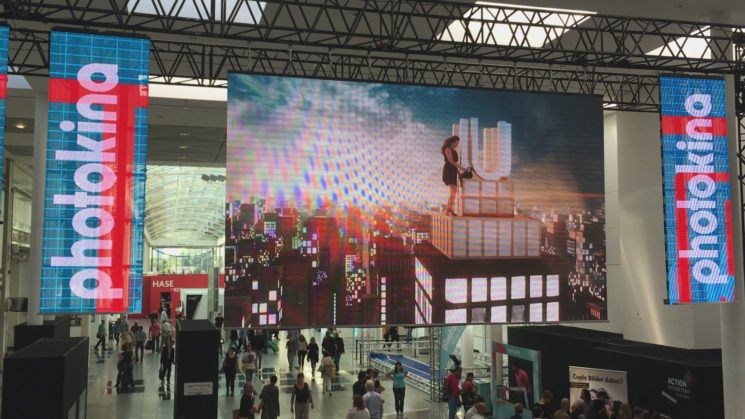 Photokina is the highlight of many photographers calendars. It’s the largest photography trade event in the world. It’s so big, that it only happens once every two years, in Cologne, Germany. But that is all set to change. Photokina is now becoming an annual event. DIYP went to the last Photokina in September 2016. The next one is still scheduled September 2018. But after that, we won’t have to wait two years.

Not only is it turning into an annual event, but as of 2019, it’s also shifting to much earlier in the year. Traditionally, Photokina has been held in September, but after September 2018, we only have to wait a mere 8 months for the next Photokina in May 2019. And it’ll happen annually in May each year from that point forward.

The digital transformation of the imaging industry is advancing, and thus opening up new perspectives and value creation potential. The new date and the annual cycle should in future make photokina even more attractive to all providers of the imaging ecosystem.

In this way, we show the specialised trade, the media and our users an even broader bandwidth of state-of-the-art products, applications and services in Cologne which especially suits the young imaging culture

The dates for Photokina 2018 have changed slightly, so if you’d planned to visit, you’ll want to update your diaries. It is still in September 2018, but it’s now 2 days shorter. Dropping from 6 to 4. Previously Photokina 2018 was scheduled for September 25-30th. Now it’s September 26-29th.

I’m not sure whether it’ll remain a four day event from 2019 onwards, or of it’ll go back to six. Personally, I quite liked having six whole days to really explore the show. It’s such a huge event that four days may just not be enough. The biggest show here for me in the UK is The Photography Show, a three day event. And you could probably fit a dozen of those inside Photokina.

Whatever happens with its duration, though, the fact that it’s becoming an annual event is very exciting.

Again, Photokina 2018 is scheduled for September 26-29th, 2018 in Cologne, Germany. To find out more, and perhaps book your tickets for 2018, check out the Photokina website. Maybe we’ll see you there!

« Stop trying to pose your subjects and direct them
Drone problems? Maybe hire this seagull thief for your next aerial shoot »