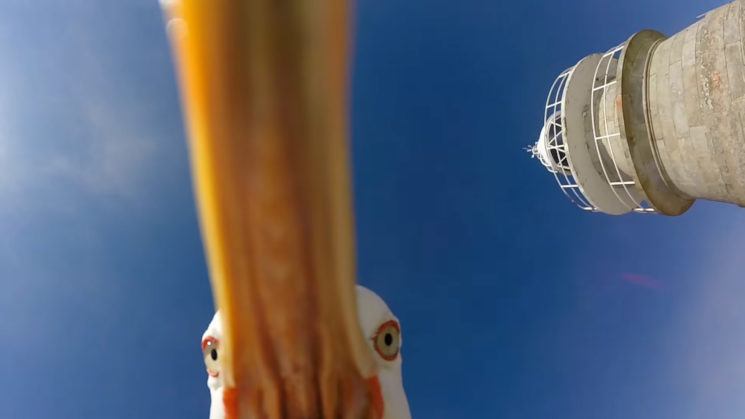 GoPros are great to capture death defying stunts and extreme sports. But that’s not all they’re good for. Recording wildlife is another activity that’s high up on their list of uses. Their tough design allows them to easily withstand the elements. It also helps to fend off animal curiosity, and there are a whole lot of curious animals out there. Very curious. And some very confused.

This particular video shows a seagull taking a rather keen interest in one person’s GoPro while they were feeding it in the Cies Islands, Spain. Deciding that the GoPro (or should that be GullPro) would make an interesting meal, the gull picked up and took off. After a brief circling of the area, the gull did finally come into land, allowing the owner to get their camera back.

Shot with the GoPro Hero 4, it’s actually rather impressive how stable the footage is. I would bet a drone would probably still be more reliable, though. The music choice to go along with the footage is perfect and just makes it even more hilarious.

Want to shoot 3D photos and video with your phone for $35? Well, soon you can… maybe

« From next year, the world’s largest photography show, Photokina, becomes an annual event
This is why I now only use one lens »