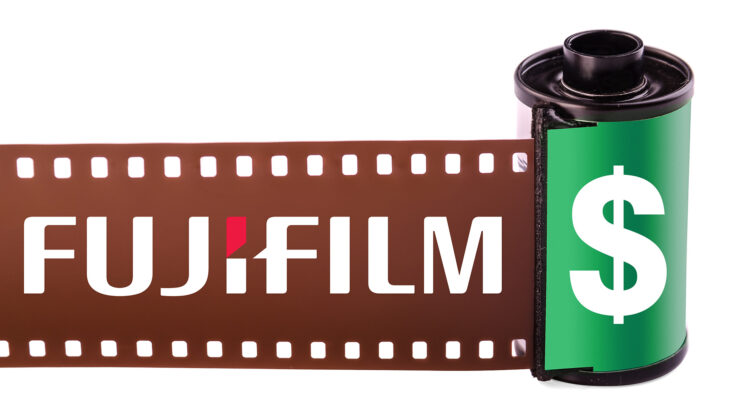 It almost always seems to be bad news when it comes to Fujifilm. Well, ok, not so much when it comes to their mirrorless cameras but it tends to be when their film stock is the topic of the conversation. If they’re not killing them off completely then they’re ramping the prices up and it looks like that’s what they’re about to do according to a note published to Twitter by Japanese camera shop, Print Koubou.

In a tweet, Print Koubou posted a photo of the note along with a description stating that the prices for paper, chemicals, processing fees, etc. is going to go up from their Fujifilm suppliers and that they’re obviously going to have to pass these costs along to the customer. They say that they’re going to try alternate supplies to keep the prices down but also recommend customers stock up on film rolls as soon as possible.

Fujifilm will further increase processing fees for films, photographic paper, chemicals, inkjet paper, etc., as well as processing fees at photofinishing laboratories.
We recommend that you purchase the film in stock at camera stores and photo stores as soon as possible. Our shop will try to suppress the price increase by purchasing other than the manufacturer.

And according to the Google-translated version of the image that was attached to the tweet, prices are going up across the board with film seeing price increases of 20-60%. Lab consumables, which likely include developing chemicals, are going up by 15% to a whopping 164%. Print Koubou says in the tweet that it will have to increase its film developing prices, as well increasing the prices on the other products listed in order to cover the increases from Fujifilm.

The rest of the note from Fujifilm shown in the image reads (again, machine-translated)…

We have endeavored to absorb costs by improving production efficiency and reducing costs in response to the continuous decrease in demand for photographic film, photographic paper and printed products. However, due to the soaring prices of materials and raw materials in Corona, and the rise in transportation costs, it has become difficult to absorb them only by corporate efforts. I would like to say. We sincerely apologize for the inconvenience but thank you for your patience. We look forward to your continued patronage of Fujifilm products.

It isn’t clear yet whether these price increases are limited to just Japan or if they’ll be going global but given Fuji’s history, it wouldn’t surprise me if these prices were increasing for everybody – especially given that most of Fuji’s price increases in the past have been global. This is, of course, assuming they believe it’s still profitable in all regions. They might just kill products off in certain countries instead if sales are particularly low for specific film stocks for that area.

Canon celebrates 35 years of its EOS system next month