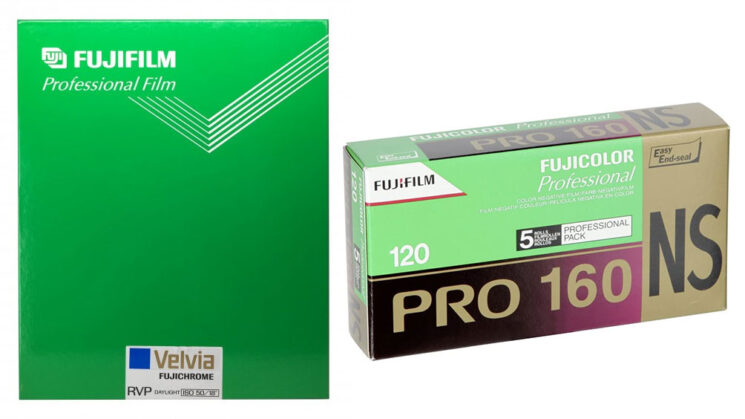 After it looked like Fujifilm was starting to take a reverse stance on film and were in fact looking to bring more back, they’ve announced that they’re killing off some more, including a very old and popular favourite. Fuji Velvia 50 in 4×5 and 8×10 large format sheet film. They’re also getting rid of 160NS Professional medium format 120 roll film.

Back in 2016, Fujifilm announced price increases for both film types in the formats included in this announcement but now it looks like they’re going for good. It won’t happen right away, though. At least, not for all formats.

Thank you for your continued patronage of FUJIFILM products.

FUJIFILM Imaging Systems Co., Ltd. (President: Koji Matsumoto) has been working hard to absorb costs such as improving production efficiency and reducing costs for the 160NS 120 size color negative film for photography and the VELVIA 50 CUT size reversal film that have been used for many years. However, because it became difficult to procure some of the raw materials used for production, we have no choice but to discontinue production and sales.

We sincerely apologize for the inconvenience, but thank you for your patience.

We look forward to your continued patronage of Fujifilm products.

As far as a timeline for each of the formats, the first to go will be Velvia 50 8×10 large format sheet film in boxes of 20 where shipping will cease in December 2021. Fuji 160NS Professional 120 format will be next, with shipping expecting to end in March 2022. Velvia 50 4×5 large format sheet film will get a slightly longer life expectancy, with shipping expected to end in March 2023.

I suspect, given the nature of most large format photographers – at least the ones that I know – that March 2023 date is highly optimistic. I believe many of them will be stocking up on as much as they can as quickly as possible whenever they see some for sale and hoarding it for future use – and who could blame them? It’s been a very popular landscape film for decades. But I think it’ll mean supplies dry up much faster than Fujifilm expects.

Fuji recommends no alternatives for Pro 160NS 120 film, although they suggest that you swap out your Velvia 50 4×5 and 8×10 for Velvia 100 (which hasn’t been discontinued… yet).