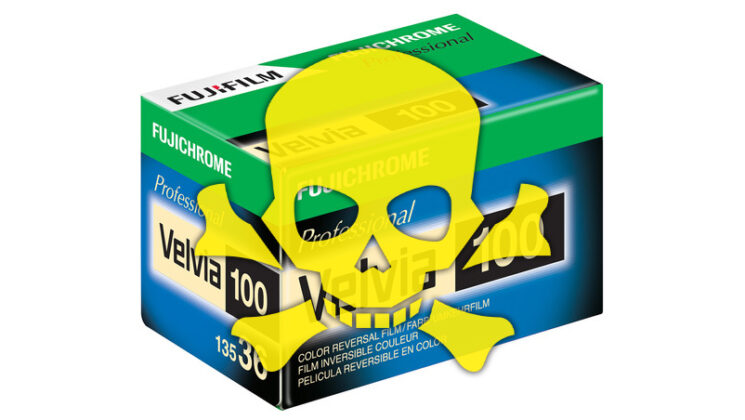 If you shoot film and Fujichrome Velvia 100 is your film of choice, I have some bad news for you. The film has been labeled toxic, so Fujifilm was forced to discontinue it in the US.

The chemical in question is phenol, isopropylated phosphate (3:1), or PIP (3:1). The Environmental Protection Agency (EPA) has labeled it as toxic and banned or limited its production and use. Even though t tiny amount of PIP (3:1) can be found in layers of Fujichrome Velvia 100, the company had to stop producing it. But since this law is only effective in the US, I believe that the film will be available elsewhere.

Here is the full announcement from Fujifilm:

On March 8, 2021, the Environmental Protection Agency (EPA) finalized a rule regarding the chemical phenol, isopropylated phosphate (3:1) (PIP (3:1)) (CASRN 68937-41-7) under the Toxic Substances Control Act (TSCA), which prohibited the processing and distribution in commerce, including sales, of the chemical and products containing the chemical. EPA also issued an enforcement policy on the same day stating that it will not enforce the ban on processing and distribution until September 5, 2021.

As a global leader in imaging, Fujifilm is committed to acting sustainably, and complying with all country regulations. As such, Fujifilm will discontinue FUJICHROME Velvia 100 Professional film in the U.S. effective immediately (July 6, 2021).

Even though 0.0003% of the chemical doesn’t seem like much, I think this is a responsible (and above all legal) way to act. At the time of writing this, Fujichrome Velvia 100 has already been listed as discontinued on B&H. 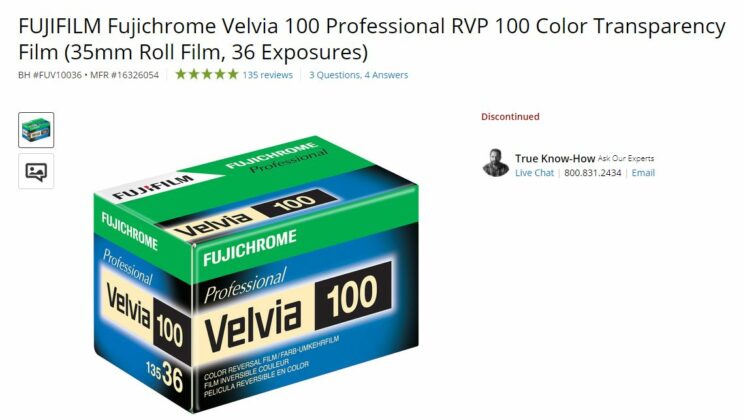 Still, since other countries don’t ban PIP (3:1), at least to my knowledge, I guess this means Fuji will continue to produce and distribute the film outside of the US. Maybe they should move the factories to Serbia, we don’t even take care of air pollution and aflatoxins in milk, so what’s0.0003% of PIP (3:1) for us? Bitter jokes aside, you can still find some leftover rolls in photo stores or on Amazon and eBay, but after they’re gone… I guess you’ll have to pick a new favorite film type or order Velvia 100 from abroad.

Fujifilm End-Of-Lining More Velvia and Provia Films, Others Get a Price Bump