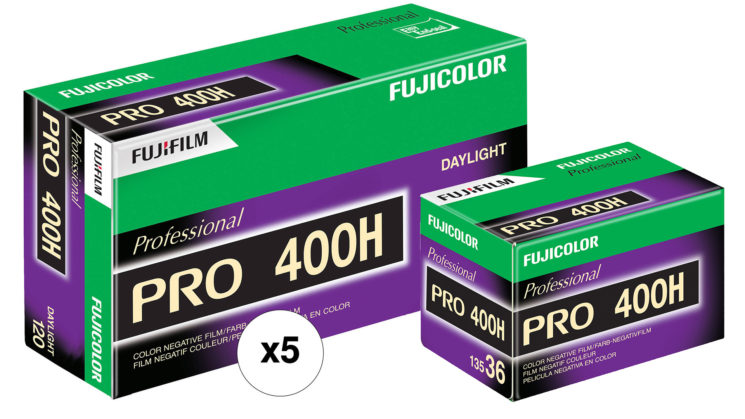 Fujifilm has announced that it is ending production of both 35mm and 120 format versions of its PRO 400H colour negative film. In a notice posted to the Fujifilm website, Fuji says that it has become “increasingly difficult to procure the raw materials needed to produce PRO 400H”, so they’ve decided to drop it. It appears that in this case, they’re not just ending it because they can, but because of real logistical issues.

Fujifilm does say that they expect to be able to allocate stock until the end of 2021, but that its production has ended effective immediately. What’s available during the course of this year will be the last of it. So, if this is a particular favourite of yours, it’s probably worth stocking up while you still can.

FUJIFILM PRO 400H film is a unique product that is coated with a fourth layer – requiring specialized raw materials and chemicals. As it has become increasingly difficult to procure the raw materials needed to produce PRO 400H, we regret to inform you that after careful consideration, Fujifilm has made the difficult business decision to discontinue PRO 400H.

The discontinuation applies only to the following products:

Please note that this announced discontinuation applies only to PRO 400H color film. Fujifilm will continue to produce and sell its consumer color negative, color reversal and black-and-white film stocks to photographers.

If you have any additional questions please contact Fujifilm customer service at 1-800-859-3854.

We are grateful for your continued support of Fujifilm.

Fuji’s 400H film is a somewhat unique colour negative film and offers a lot of latitude when it comes to dynamic range and exposure. You can overexpose this stuff by a whole six stops and still retain all that highlight detail. So, if you’re shooting outdoors and wait to capture shadow detail without worrying about blowing out the highlights, it’s an ideal film stock to consider.

Although, not for much longer.

Fortunately, for now, at least, PRO 400H does still seem to be available to buy through B&H (although, they are awaiting stock that they say is on the way) and on Amazon (through 3rd party sellers), although how much longer that will be the case really depends on demand.