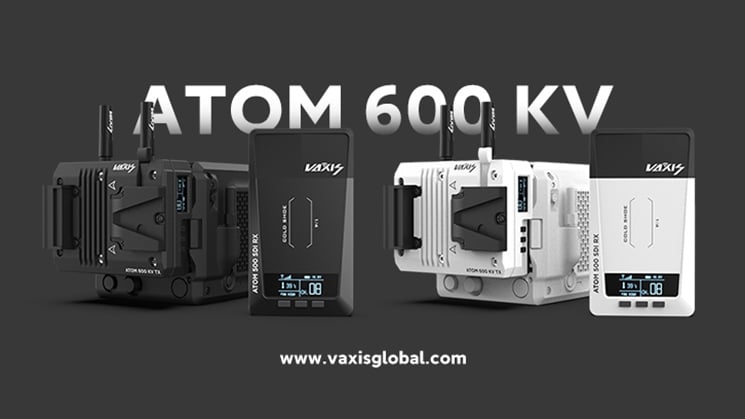 Vaxis recently launched their Atom 600 KV wireless video transmission system designed specifically for the RED Komodo. Now the company has announced that it’s also available in a new Stormtrooper White flavour, so that those who happen to have the white Komodo can color coordinate their rig.

The Atom 600 KV offers up to 600ft of transmission (line of sight) with less than 80ms of latency. It features passthrough signals for HDMI and SDI as well as for power and supports up to 1080p 60fps frame rates.

Vaxis has released a number of Atom wireless video transmission systems, but the Atom 600 KV is designed specifically for use with the RED Komodo. The transmitter doesn’t come with a receiver, although it’s compatible with any Vaxis Atom Receiver unit. It also allows simultaneous transmission to up to three mobile devices over WiFi. 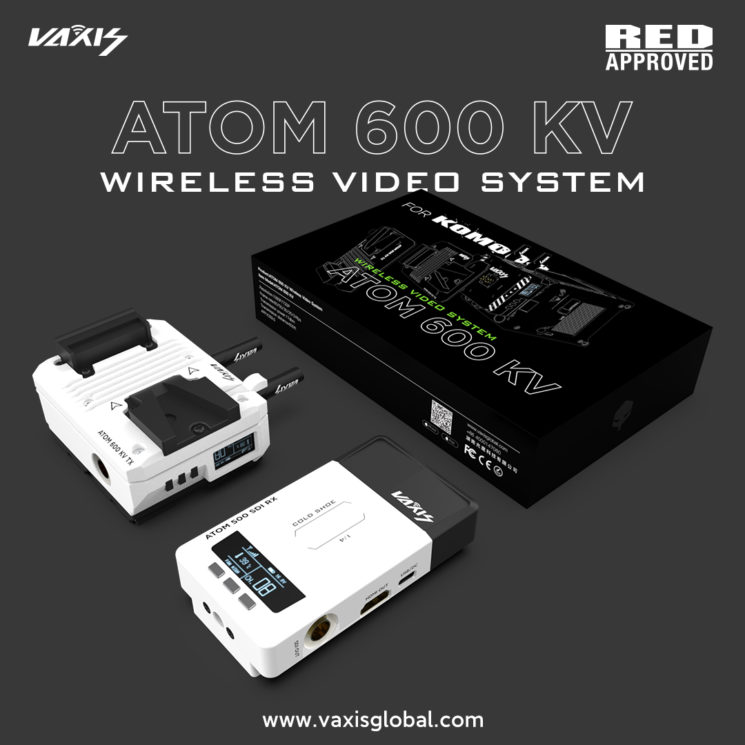 The Atom 600 KV attaches directly to the camera’s rear battery mount, with a V-Lock battery plate on the back – which you can actually rotate vertically or horizontally, with power passthrough. The transmitter sports an OLED display to let you know about battery power, signal strength, the channel setting, etc. and supports HDMI and SDI signals (and it can even convert between them) up to 1080p at 60fps. 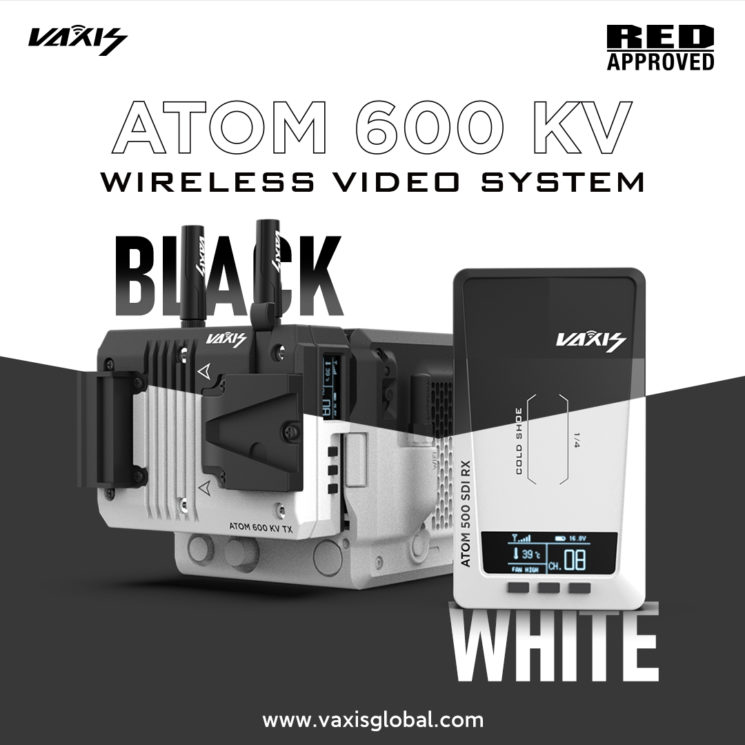