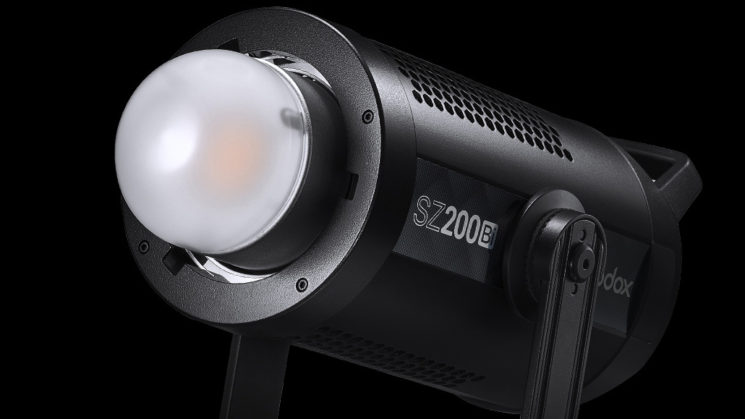 Only last month, Godox launched the first in their range of “SZ” zoomable LED lights, the SZ150R. This was also Godox’s first RGB Bowens mount LED. Now, they’ve followed it up, expanding the SZ range with a new SZ200Bi. As the name suggests, it’s a 200W bi-colour LED, offering a colour temperature range of 2800K-6500K with a 97+ CRI and 96+ TLCI.

As with the SZ150R, the SZ200Bi runs on 100-240v AC power, so this isn’t a portable light, and offers multiple control methods including the onboard UI on the back of the light, DMX, the RC-A6 remote or the Godox Light smartphone app. 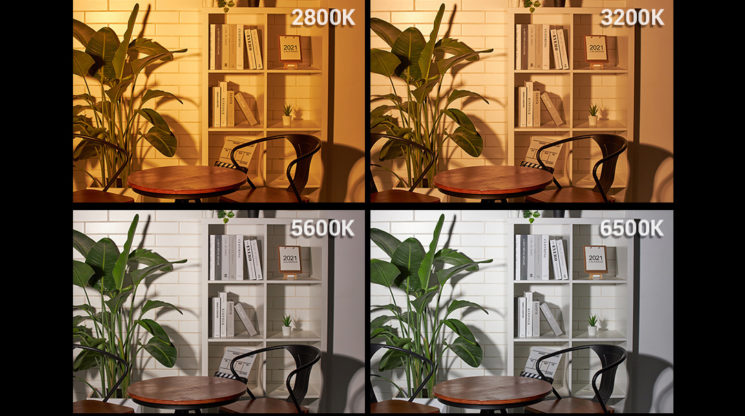 As a bi-colour LED, the SZ200Bi can be adjusted to help better fit your environment lighting or to create a specific mood in your scene. Naturally, there are a number of built-in lighting effects – eight to be precise – including Flash, Lightning, Broken Bulb, TV, Candle, Fire, Fireworks and SOS.

The head is zoomable, like that of the SZ150R, offering you a beam angle of between 20° and 65°, letting you refine the spread of your light without having to swap grids and snoots. And when you need it to be quiet, it features a silent mode – which, if it’s anything like the Godox ML60 (review coming soon), I expect to be extremely quiet!

On the outside, the unit looks pretty much identical to the SZ150R, except for the name printed on it. According to the specs, the dimensions of both lights are exactly the same, although the SZ200Bi weighs a hair less. Outside of this, not much changes on the surface. One interesting note is that the SZ150R says it’s compatible with the RC-R9 remote but the SZ200Bi is compatible with the RC-A6. Whether or not these are interchangeable and both lights will work with both remotes is unclear. I’ll reach out to Godox to confirm and update this post if and when I hear back.

Inside the bag, you get the Godox SZ200Bi LED light itself, a protective cover, a standard Bowens mount reflector, AC power brick and various straps and accessories for attaching things. 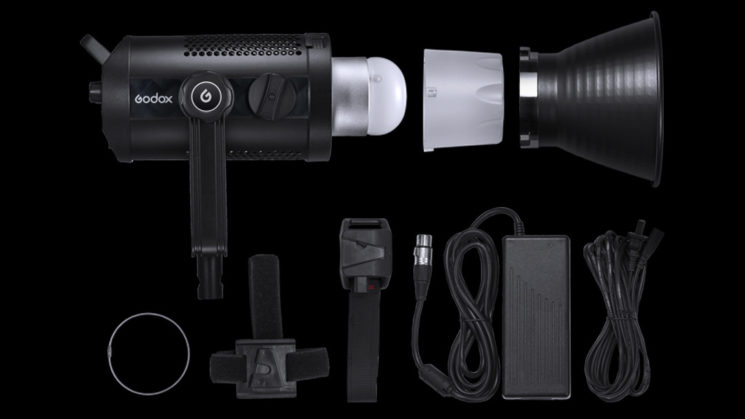 No announcement has been made with regard to availability yet, although Godox has stated that the suggested price for the list will be $459 when it goes on sale. We’ll update this post with more information as we see it appear, but for now you can find out more on the Godox website.