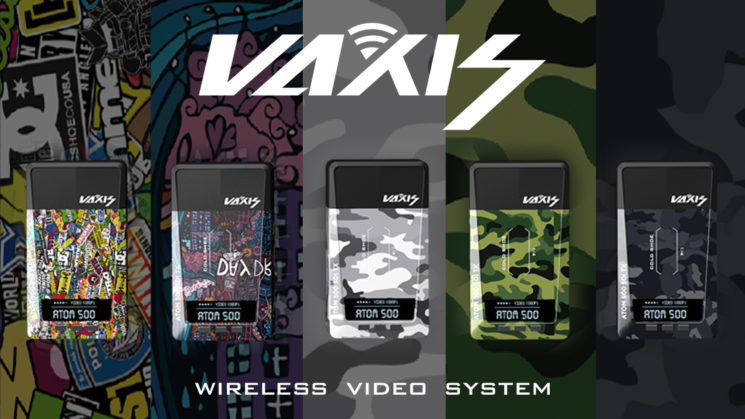 Hot on the heels of yesterday’s Hollyland Mars 400S Pro announcement, Vaxis has now announced their new Atom 500 SDI wireless video transmission system (which still supports HDMI, too) and on paper it looks pretty impressive, offering less than 80ms latency and a 500ft range with internal antennas. The new release is an update to the company’s previous Atom 500 HDMI wireless transmitter, which didn’t offer any SDI support.

As with other such video transmission systems, The Atom 500 SDI comes in two parts. There’s a transmitter that connects to your camera and a receiver that goes to your monitor, capture device or whatever you want to send the signal into. The transmitter contains both 3G-SDI and HDMI inputs for plugging your camera into, and it has both 3G-SDI and HDMI outputs on the receiver to go into your monitor. 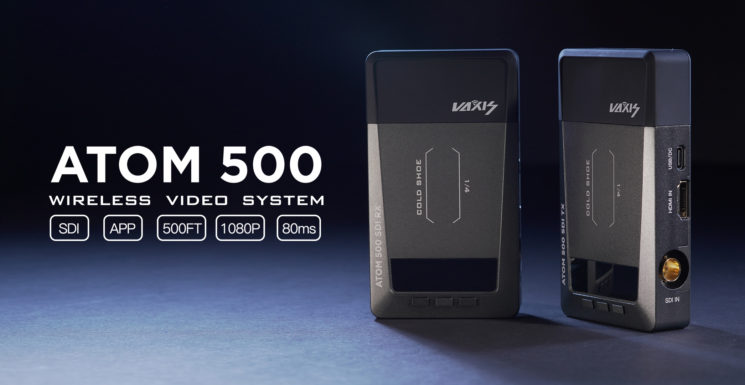 They’re powered by either Sony NP-F style L series batteries or via the Type-C USB socket and can transmit 1080p 60fps video with a claimed range of up to 500ft (~152 metres). It uses the h.265 codec to create the maximum quality signal with the lowest amount of bandwidth and Vaxis says that the latency is less than 0.08 seconds. 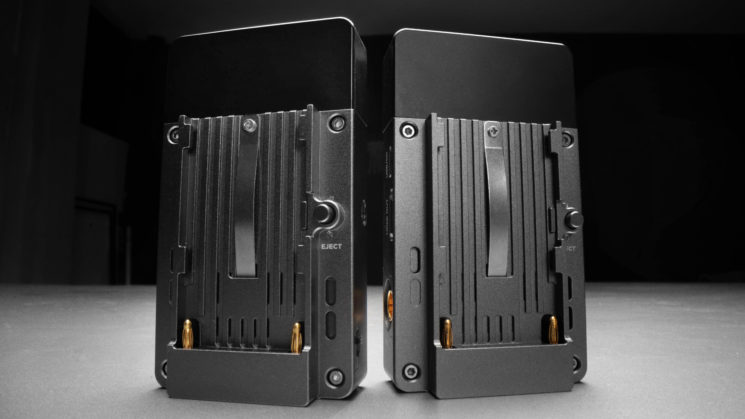 The Atom 500 SDI allows transmission of up to 1080p 60fps (or 1080i 60fps for anybody still using interlaced tech). In fact, it offers a number of resolutions for both HDMI and SDI signals. 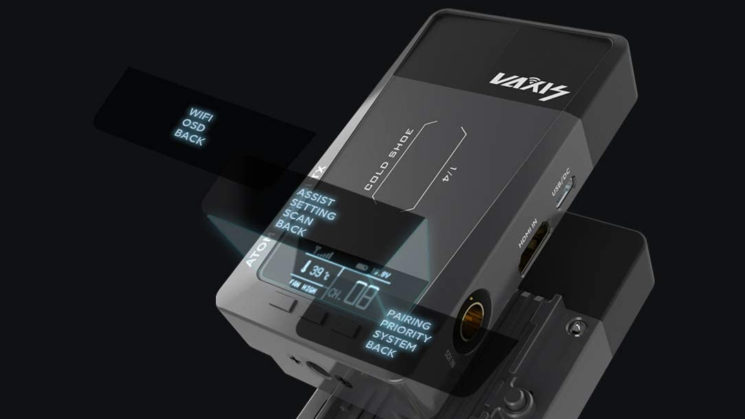 As well as being able to transmit to the dedicated receiver, you can also transmit straight up to three iOS devices running the Vaxis Vision app over WiFi. Whether or not you can transmit to the receiver and mobile devices simultaneously is unclear, but we’ll reach out to the company to find out and let you know if we hear anything back from them.

At the moment, there’s no Android version of the Vaxis Vision app, although Vaxis does show an Android logo on the Amazon listing for the Atom 500 SDI, noting that it is coming soon. So, it shouldn’t be limited to just iPhone and iPad owners – eventually.

It looks like an interesting alternative to the popular Mars systems from Hollyland and appears on a similar level to the original Mars 400S. Of course, it has a few positives over the 400S (like the extra 100ft claimed range – although I got over 650ft with the Mars 400S, so I’d be curious to see how far I could take that 500ft) but also a couple of drawbacks (lack of Android support).

The Vaxis Atom 500 SDI is available to buy now for $459 and has already begun shipping.