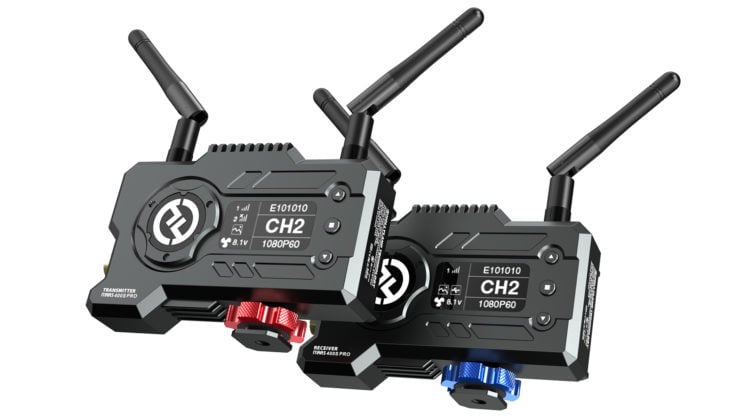 I’ve been a big fan of Hollyland’s Mars 400S ever since getting one last year and you can read my review on that model here. But now Hollyland has announced the new Mars 400S Pro, with improved latency, the silent fan feature found in the Mars 300 Pro, and new live streaming capabilities straight out of the receiver into software such as OBS.

You can see in the chart above that the latency is a little lower, you can channel scan via the app as well as on the receiver. You can power it and update firmware over Type-C USB and it’s also put on a little weight. But how has it really changed from the Mars 400S?

One of the somewhat minor, but awesome, changes to come with the Mars 400S Pro over the regular Mars 400S is that it’s had something of a redesign. This change helps to lower its centre of gravity to bring it closer into your overall rig. But the redesign also adds a cold shoe to both the transmitter and the receiver – instead of just the single -slightly annoying – detachable one that came with the Mars 400S. 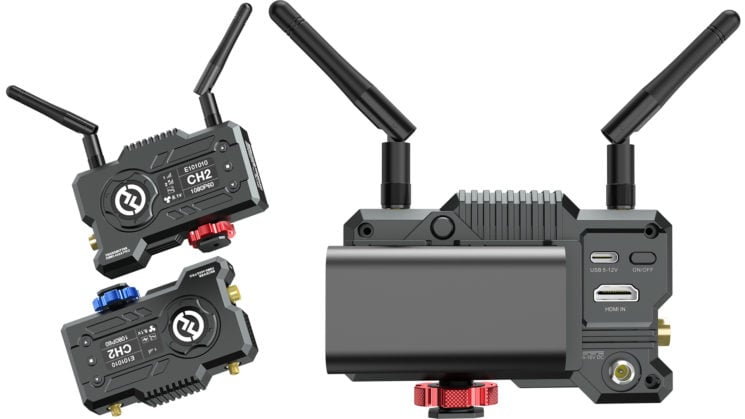 So, you no longer have to choose which device gets to mount to what and the rings to lock each of the cold shoes down are also colour coded. This means that it will become very difficult to get your transmitter and receiver mixed up at a quick glance when you’re rushing to get everything set up.

The Mars 400S Pro also has more power options. As well as being able to power from Sony NP-F style L series batteries and a DC barrel jack like the Mars 400S, you can also power both units over Type-C USB – like the Mars 300 Pro and Mars X.

But the big feature for the Mars 400S Pro, something that none of Hollylands other Mars transmitters offers, is its live streaming options. You can take a video feed straight out of the Type-C socket on the receiver and feed it into your desktop or laptop. It isn’t a regular USB 3.2 connection, though. One cable converts the Type-C into RJ45 and then a “Customized RJ45 Cable” plugs into your PC’s Ethernet port. 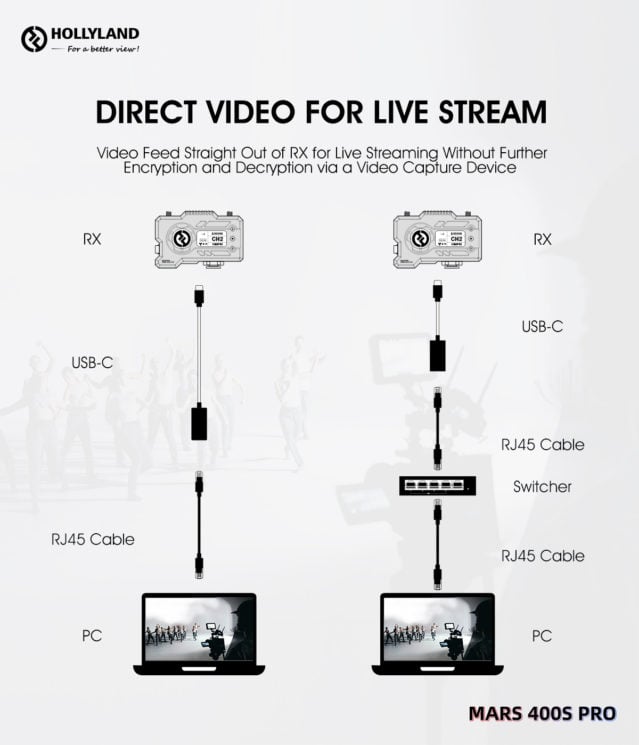 The RJ45 cable shown above is just a standard RJ45 to RJ45 Ethernet cable. The same type of cable you’d use to plug your computer into your router or network switch. The Type-C to LAN cable is mentioned in the Mars 400S Pro manual as being required for this setup, but one isn’t included with the Mars 400S. The good news, though, is that you can use just about any USB to RJ45 LAN adapter that supports Type-C USB.

Hollyland says that the receiver can then be used with apps such as vMix, VLC and OBS as a network video source via RTSP without any further need for HDMI capture or encoding device and continue streaming it out to YouTube, Facebook, Twitch or whatever platforms your software supports. They say the bitrate from the Tx to the Rx has also been bumped up from 8Mbps on the Mars 400S to 12Mbps on the new Mars 400S Pro to help improve definition and image quality on the receiver. 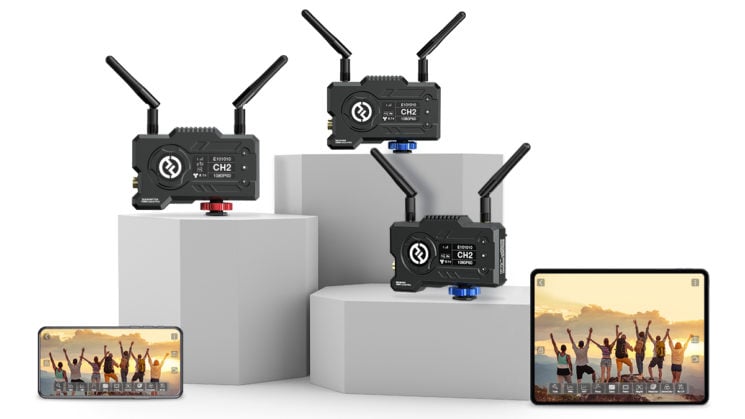 And speaking of receivers, the Mars 400S Pro offers the same receiving options as the original Mars 400S. This means you can connect 2 receivers simultaneously going to two monitors (perhaps for a focus puller and a director), or you can go to a single receiver and 2 mobile devices running the app, or you can dispense with the receivers entirely and view via four Android or iOS devices running the Hollyland app.

If you were thinking of getting the Mars 400S, then it looks like Mars 400S Pro is definitely the better way to go (if you don’t mind waiting for them to start shipping). If you’ve already got the original Mars 400S, though, it may be worth sticking with it unless you really need that live streaming feature.

« DJI’s Ronin gimbals get lighter, smaller and stronger with the new RS 2 and RSC 2
Photographer captures cats and their human lookalikes in this hilarious project »