NASA has a brand new clean room at the Jet Propulsion Laboratory in Pasadena, California. It’s where they’re building the new Mars 2020 rover. And NASA has set up a live streaming camera so you can watch them build it.

The new rover is scheduled to take off next year (hence the name) and touch down on the surface of Mars in February 2021. Its mission is to check out regions believed to have once been habitable.

In order to land, though, the rover has to make its way through the relatively weak Martian atmosphere and is lowered to the surface by the use of a hovering sky crane. Once it lands, it will stick around for at least one Mars year (687 Earth days) and pick up some soil and rock samples for analysis. Some of those will return to earth on future missions for a deeper investigation. The insights it provides will be used to help plan manned missions to Mars. 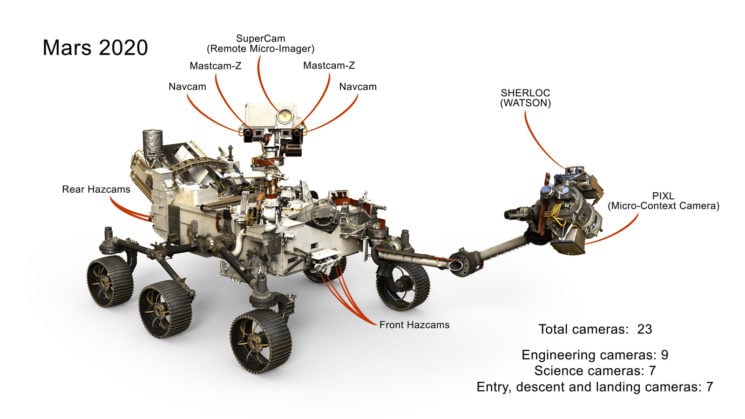 I’m looking forward to seeing what it discovers, not to mention the images that it will create because it has a whole boatload of cameras. 23 in total. 9 Engineering cameras, 7 science cameras, and 7 more entry, descent and landing cameras.

Scientists also believe they’ve overcome the problems of flight on Mars. So, there will also be a helicopter tagging along with the rover, also equipped with a high-resolution camera.

You can read more about the mission here, and find out more specifically about the rover here, and if you want to watch the live stream, it’s embeded at the top of this post, or you can check it out here.