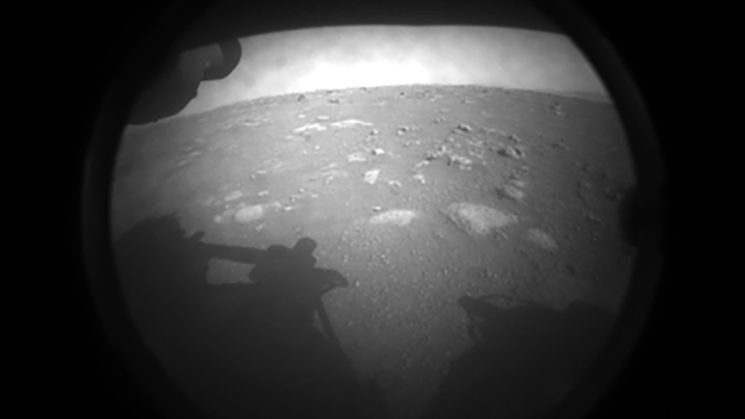 On 30 July 2020, NASA launched its Perseverance rover to Mars. And yesterday, the whole world watched the rover’s landing with great excitement. Perseverance landed successfully, and other than tears of joy, it gave us something else – its very first photo of the Martian surface.

Perseverance made its landing on 18 February, at exactly 12:55 p.m. PST/3:55 p.m. EDT. Its journey lasted six and a half months and ended with the successful landing in Jezero crater (fun fact, “jezero” is Serbian for “lake”). Now that the journey has ended, the rover will stay on Mars for at least one Mars year (about 687 Earth days). The main goal of the mission is to search for signs of ancient microbial life. “The rover will characterize the planet’s geology and past climate,” NASA writes. This will also be the first mission to collect and cache Martian rock and regolith. Once the samples are collected, there should be a subsequent mission. NASA and ESA (European Space Agency) are currently considering it. It should involve another spacecraft sent to Mars to collect these cached samples and return them to Earth for in-depth analysis. This mission’s results should pave the way for human exploration of Mars, as the rover will help to test oxygen production from the Martian atmosphere.

Shortly after Perseverance confirmed successful landing, it sent in the first image taken by rover’s Hazard Cameras. It’s partially obscured by a dust cover, but it’s a historic image nevertheless. More photos are yet to come, and in the meantime, you can follow the mission updates on NASA’s website. 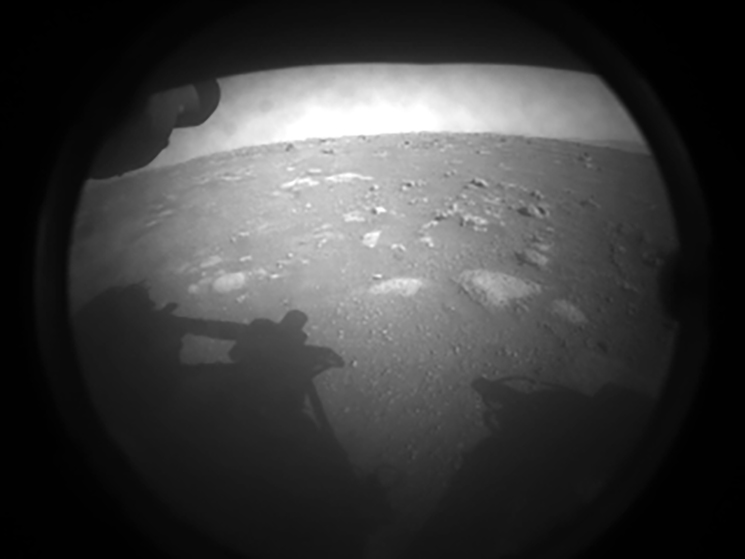