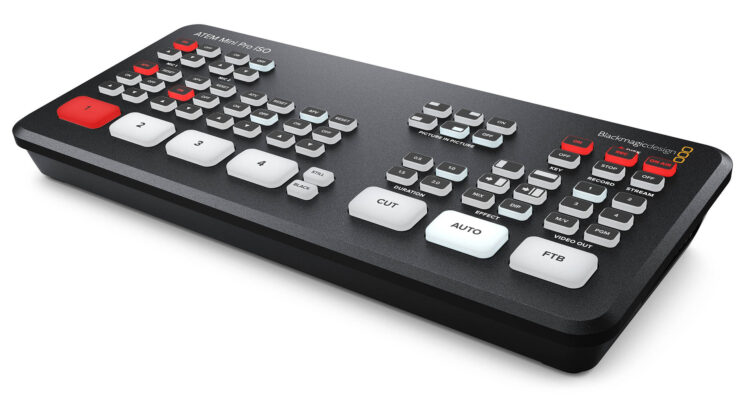 Each of the three Atem Mini units builds on the capabilities of the lesser version with the standard Atem Mini offering the basic live video switching functionality with transitions, picture-in-picture effects and a whole lot more. The Atem Mini Pro adds the capability to record your final stream locally before it enters into your computer for keeping a master copy of the final stream at a higher quality for later uploading. The Atem Mini Pro ISO expands this further by recording the final mix as well as each individual input to its own separate files, along with a DaVinci Resolve project file that lets you edit everything all over again in post. You can read about the full capabilities of each on the Blackmagic website.

The price drops initially appeared on the Blackmagic website but they seem to have begun dispersing out to other retailers now, too. Not all of them yet, though. So, you’ll want to shop around to find which companies reflect the new pricing if you’re interested in picking one up. B&H has dropped their prices on the three four-input Atem Mini models, although Amazon still shows the old price.

It’s unclear what’s prompted the price drop. It could be that Blackmagic is getting ready to announce new versions of the Atem Mini series and they simply want to clear out the old stock first, or it could be that they’re facing competition from the likes of Feelworld or YoloLiv’s YoloBox series – the latter of which are not only video switchers but also allow you to stream directly from anywhere without the need for a laptop or desktop computer.

I expect other retails will catch up eventually. I might have to finally add that Atem Mini Pro ISO to my live-streaming setup!