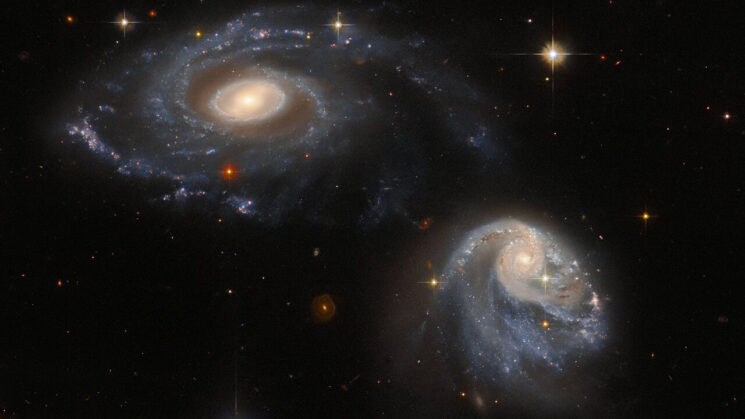 Even though James Webb Space Telescope has stolen the spotlight since its first photos were released, we mustn’t forget that Hubble’s still alive and kickin’… and taking wonderful photos.

Last week, NASA’s Hubble Space Telescope captured a pair of galaxies interacting. Warping each other through gravitation, they appear as if they’re dancing up there in the vastness of the universe.

The two galaxies make up a pair known as Arp-Madore 608-333. Despite the serenity radiating from the image, the galaxies actually affect each other with their gravitational forces, subtly warping one another. Hubble captured this “galactic dance” with its Advanced Camera for Surveys on 3 October 2022.

“The interacting galaxies in Arp-Madore 608-333 were captured as part of an effort to build up an archive of interesting targets for more detailed future study with Hubble, ground-based telescopes, and the NASA/ESA/CSA James Webb Space Telescope,” NASA explains. “To build up this archive, astronomers scoured existing astronomical catalogues for a list of targets spread throughout the night sky. By so doing, they hoped to include objects that had already been identified as interesting and that would be easy for Hubble to observe no matter which direction it was pointing.”

NASA explains that it’s long-lasting and difficult to decide how to award Hubble’s observing time. They allocate the observations to make up the most of Hubble’s time available – but there’s always around 2–3% that goes unused as Hubble turns to point at new targets. “Snapshot programmes, such as the one which captured Arp-Madore 608-333, exist to fill this gap and take advantage of the moments between longer observations,” NASA explains And of course, other than creating gorgeous images for us to admire, these snapshot programs enable astronomers to gather as much data as possible with Hubble. 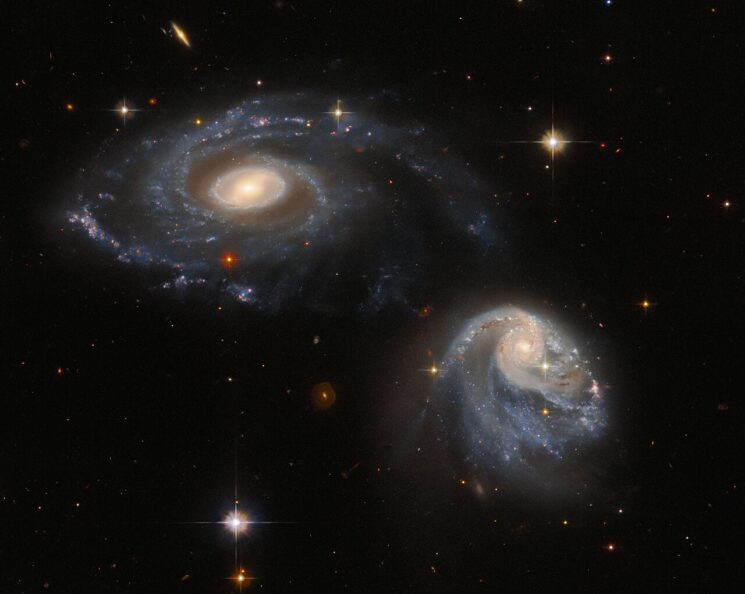