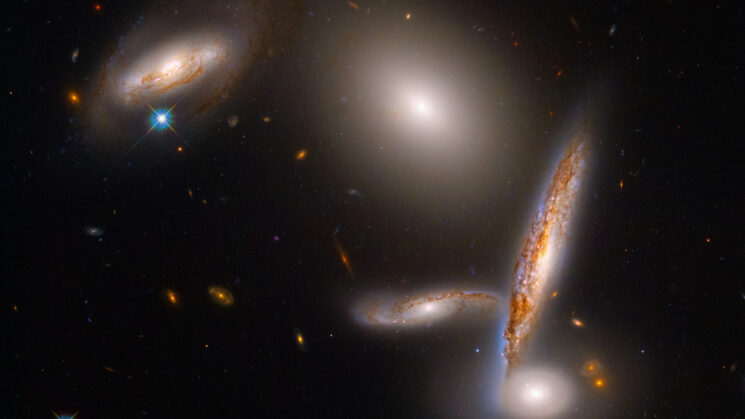 It’s been 32 years since NASA launched Hubble Space Telescope into orbit. And just like every year, the anniversary is marked by a photo that Hubble captured on duty.

To celebrate Hubble’s 32nd birthday, NASA has shared yet another remarkable image. It shows an unusual close-knit collection of five galaxies, called The Hickson Compact Group 40.

In the photo, you can see three spiral-shaped galaxies, an elliptical galaxy, and a lenticular (lens-like) galaxy. “Somehow, these different galaxies crossed paths in their evolution to create an exceptionally crowded and eclectic galaxy sampler,” NASA writes.

As far as the size goes, NASA explains that this galaxy group is “so crowded that it could fit within a region of space that is less than twice the diameter of our Milky Way’s stellar disk.” And this photo isn’t only special because it’s Hubble’s birthday shot:

“Though such cozy galaxy groupings can be found in the heart of huge galaxy clusters, these galaxies are notably isolated in their own small patch of the universe, in the direction of the constellation Hydra.

One possible explanation is that there’s a lot of dark matter (an unknown and invisible form of matter) associated with these galaxies. If they come close together, then the dark matter can form a big cloud within which the galaxies are orbiting. As the galaxies plow through the dark matter they feel a resistive force due to its gravitational effects. This slows their motion and makes the galaxies lose energy, so they fall together.

Therefore, this snapshot catches the galaxies at a very special moment in their lifetimes. In about 1 billion years they will eventually collide and merge to form a giant elliptical galaxy.” 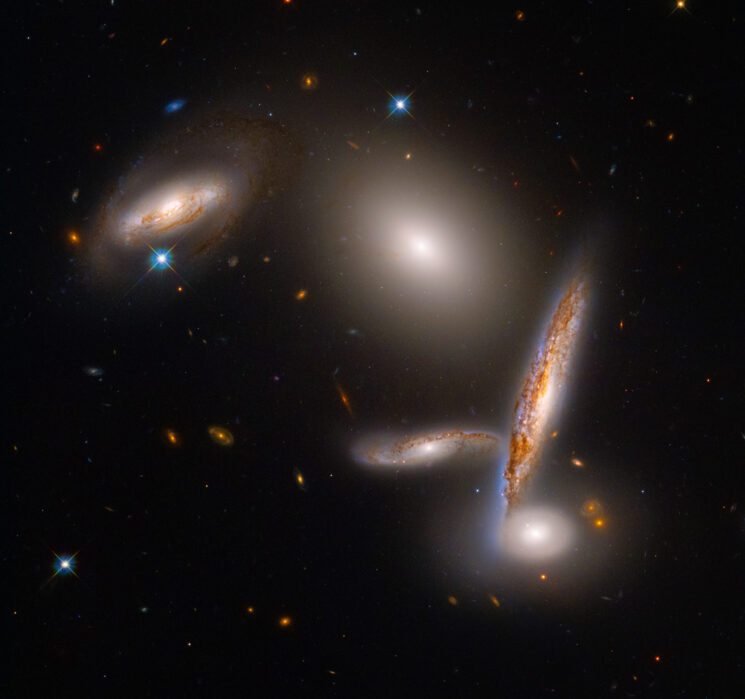 Hubble’s journey began on 24 April 1990. I know, I’m also shocked that 1990 was 32 years ago. Joke aside, the space shuttle Discovery and its five-astronaut crew took the telescope from NASA’s Kennedy Space Center in Florida on the 24th. On April 25, it was deployed into Earth’s orbit and it has taken 1.5 million observations of approximately 50,000 celestial targets to date. We wish Hubble a happy birthday and many more stunning discoveries. And if you’d like to see what it captured on your birthday – check it out here.

« You might cut your CFexpress card costs in half by using an M.2 NVMe SSD in this adapter
TV & movie boom operator explains why you’re probably using your shotgun microphone wrong »