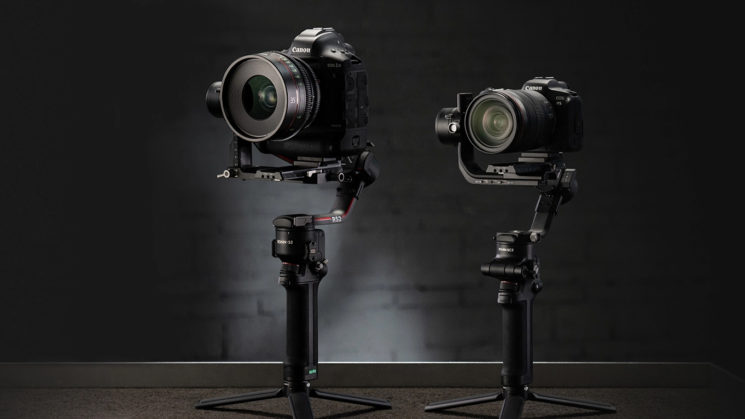 DJI has announced successors to its popular Ronin S and Ronin SC gimbals, along with a slight rebrand. They’re dropping the “onin” and simply calling them the RS 2 and the RSC 2. The new gimbals are smaller and lighter than their predecessors but can handle higher loads. DJI says that the RS 2 and RSC 2 are “redesigned and reimagined” to cater to all types of filmmakers.

The DJI RS 2 is the successor to the Ronin-S.  It features some of its predecessor’s features, including locking axes and a dual-format mounting plate that’s compatible with both standard Arca-Swiss and Manfrotto video plates. But the RS 2 bumps up the load capacity to 4.5kg (10lbs) – thanks to motors which DJI says are 20% more powerful than the Ronin-S. DJI says that the new DJI Titan stabilisation algorithm provides stabilisation for up to 100mm lenses (presumably full-frame field of view equivalent – although they don’t specify) and SuperSmooth compensates for micromovements to create more fluid motion. 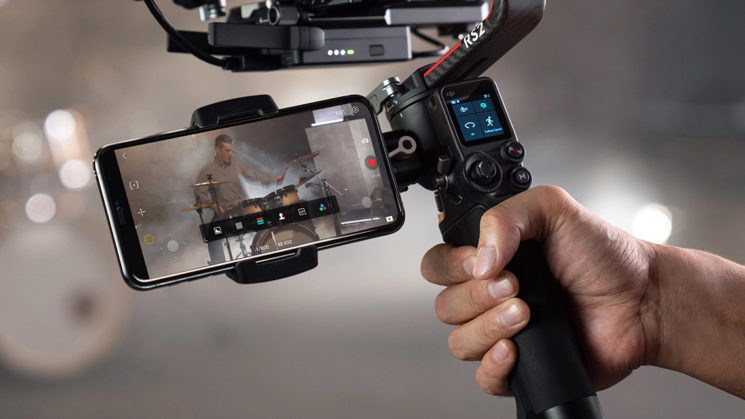 The DJI RS 2 also sports a shiny new 1.4″ touchscreen LCD, allowing you to quickly access gimbal settings and features such as timelapse and hyperlapse (previously only available via the smartphone app). The battery life lasts up to 12 hours, which is about what we’ve come to expect from this capacity of gimbal and with a 24W USB-PD or QC 2.0 charger, DJI says it can go from flat to full in about 1.5 hours.

Despite the large load capacity, the DJI RS 2 gimbal itself only weighs a mere 1.3kg (2.86lb), which is significantly less than the Ronin-S.

Like the Ronin-SC, the DJI RSC 2 is the smaller sibling of the RS 2, intended for mirrorless camera shooters. This, too, has had a few updates. It has more powerful motors, providing a load capacity of up to 3kg (6.6lbs). To go along with these more powerful motors, the RSC 2 also features the new Titan stabilisation algorithm.

The RSC 2 doesn’t feature the touchscreen LCD of the RS 2, but it does have a slightly smaller 1″ OLED display. It also includes the new “Time tunnel” shooting mode also found in the RS 2, along with all of the other shooting modes you’re familiar with from the original Ronin-SC. It also packs up to be super small – a folding footprint of 180x190mm, “the same size as a sheet of A5 paper”. 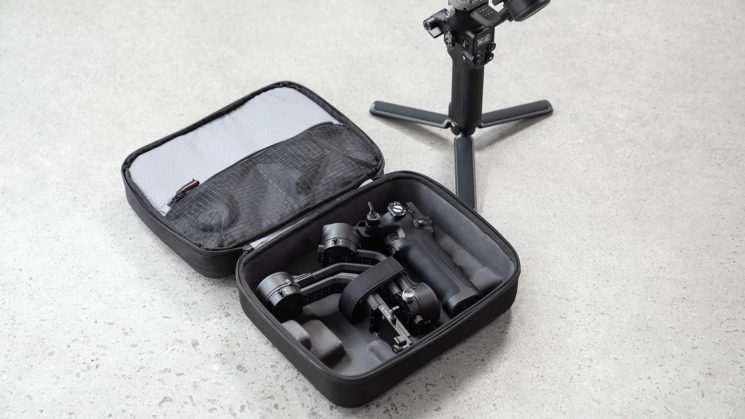 Both gimbals are available in two flavours. Either basic and standalone or in a “Pro Combo” package. The Pro Combo packages include a phone holder, focus motor, image transmitter, carrying case and a number of other accessories.

A Metal Ball Bounces off The SIGMA WR Ceramic Filter; Said To Be 1000% Stronger Than Other Filters