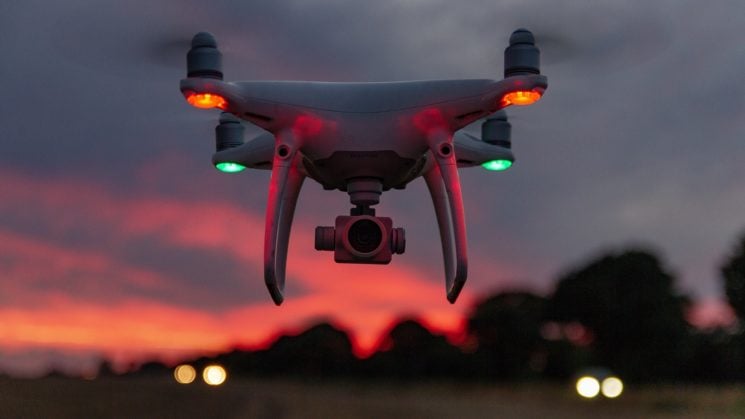 After a recent drone incident at Gatwick Airport, DJI has decided to tighten up its geofencing system and give it a third dimension. The Geospatial Environment Online (GEO) 2.0 geofencing system will be launched across Europe, covering a total of 32 European countries. It creates “bow tie” safety zones around runway flight paths, expanding the restricted zone from a two-dimensional circle to a three-dimensional zone.

The GEO 2.0 applies in the 13 countries already covered by DJI’s original GEO system, and 19 new countries that did not previously have advanced geofencing. According to DJI, the new system better reflects the actual safety risk posed in sensitive areas and is more flexible in lower-risk areas. In addition, the upgrade of DJI’s GEO system will also include Temporary Flight Restrictions (TFRs), which will be imposed during major events or natural disasters.

DJI explains that the GEO 2.0 system applies the strictest geofencing restrictions to a 1.2 kilometer (3/4 mile) wide rectangle around each runway. There are also three-dimensional flight paths at either end, where airplanes ascend and descend. However, more flexible geofencing restrictions apply to an oval area within 6 kilometers (3.7 miles) of each runway. This way, more areas are open on the sides of runways if you want to fly a drone. Also, you can still fly on low-altitudes at 3 kilometers (1.9 miles) from the end of a runway. This announcement from DJI came after the major incident at Gatwick Airport when drone sightings grounded 100,000 passengers on 760 flights. A similar situation occurred only a few weeks later at Heathrow, where about 40 flights were delayed due to a drone. After these events, it was confirmed that both Gatwick and Heathrow would get their own anti-drone equipment.

Back in July 2017, a drone was spotted flying near Gatwick Airport, which also caused quite a chaos. According to recent research, it can get pretty nasty if a drone actually hits an airplane. Interestingly enough, DJI called this research and the following video “agenda-driven” and demanded its removal. Still, even if there’s the slightest safety risk, the precaution measures must be taken to prevent drones from entering the airports’ airspace. And GEO 2.0 is one of these measures.

The GEO 2.0 update will become available late February 2019. If you are a DJI user, you’ll need to update your drone’s firmware and update the DJI GO 4 app.

DJI introduces opting out of geofencing

DJI’s Ronin gimbals get lighter, smaller and stronger with the new RS 2 and RSC 2