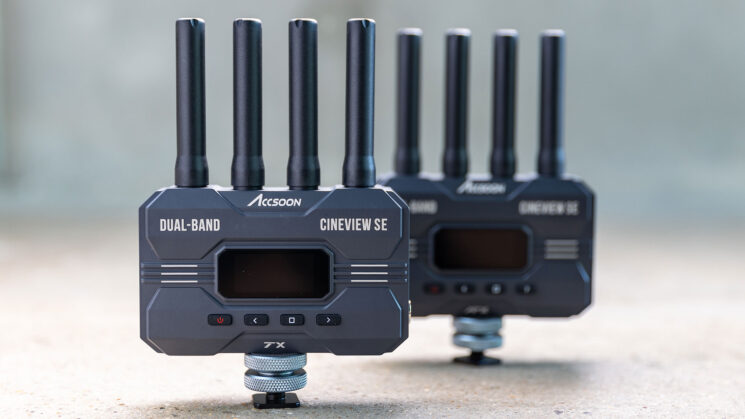 Accsoon has announced its newest video transmitter, the Accsoon CineView SE. It’s an SDI and HDMI wireless transmitter and receiver pair for on-set and on-location monitoring with latency below 50ms. This is around 0.05/sec, which is very impressive at this price point. It’s a dual-band system, operating on both 2.4Ghz and 5Ghz frequencies simultaneously with a maximum range of 1200ft.

Accsoon says the dual-band wireless system “intelligently identifies” interference and combines the two signals together as needed into a complete single stream. They say this is more stable than the frequency hopping technology used by some other devices and eliminates drop-outs and black screens. It seems very similar to the Accsoon CineView HE, announced in April but with the addition of SDI and slightly lower latency.

You can transmit video signals at up to 1080p resolution at 60 frames per second and accepts SDI Level A and B signals to cater to older professional cameras, letting it slot seamlessly into a wide array of different setups. The transmitter (and the receiver) only weighs 210g, adding very little extra weight to your rig and making it much more compact than the previous Accsoon CineEye 2S Pro model. 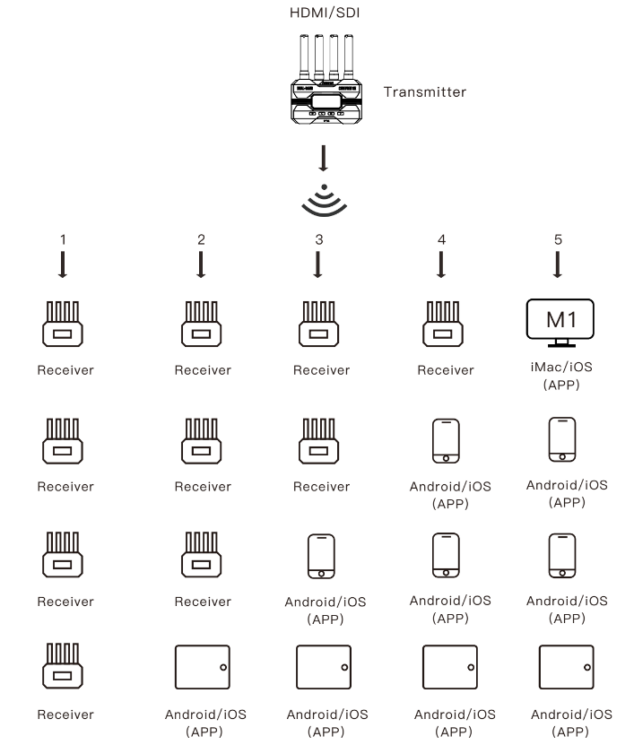 A single CineView SE transmitter can be paired with up to five devices in total, including CineView SE receivers, smartphones, tablets and even the desktop. A maximum of four of each type is allowed in this configuration to a total of five receiving devices. The iOS and Android apps also let you record and stream from directly within the app and offer a range of features typically only available to field monitors, like live histograms, focus peaking, zebra stripes, false colour and more. 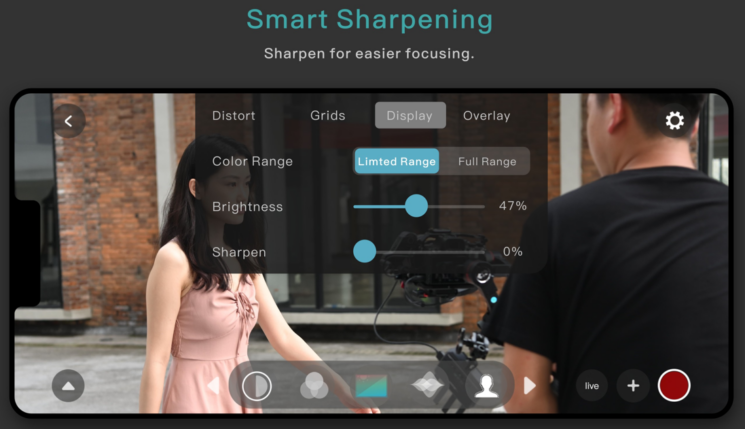 You also get features like onion skin to let you match one shot to another precisely with an overlay of a pre-existing image that you can match up to the live view. This can be very handy when making match shot transitions or recording things like stop frame animation. 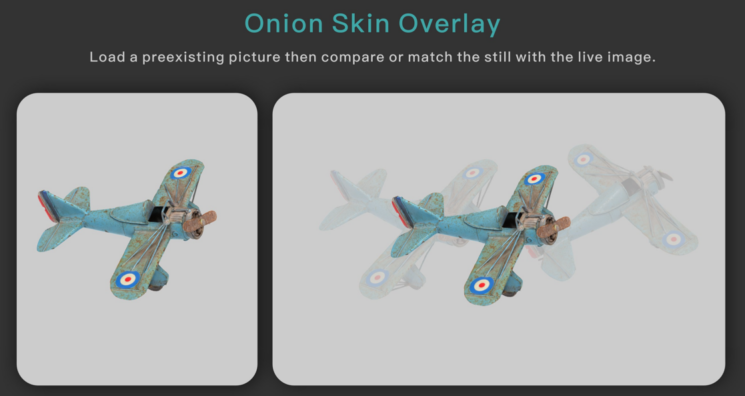 Each unit is powered by a Sony NP-F970 battery that provides up to 12 hours of continuous use, or you can provide 7.4-16.8v power through the DC input or using the USB-C socket from a power bank. Accsoon says that as long as there’s power coming from at least one of these sources, you can swap out the others for continued use without a break. So, you can keep going pretty much indefinitely without stopping as long as you’ve got suitable power sources. 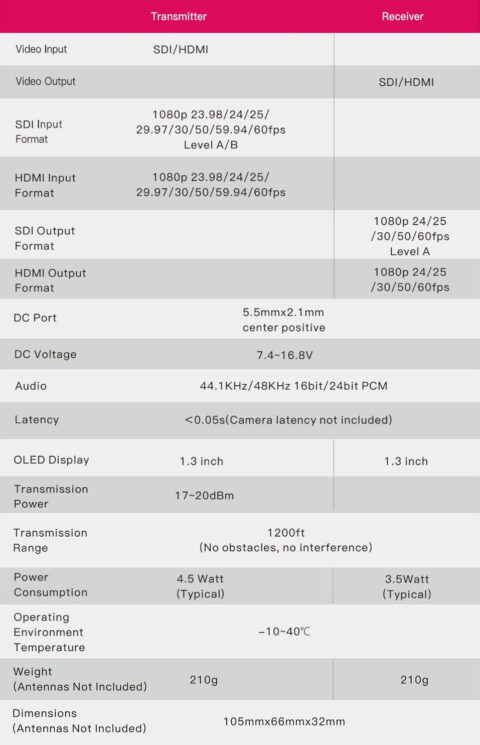 The Accsoon CineEye SE is expected to become available at retailers in August at a price of $649. It doesn’t appear to be available to pre-order anywhere yet. In fact, there isn’t even a product page for it on the Accsoon website yet, but keep checking back. I expect they’ll have one up soon.