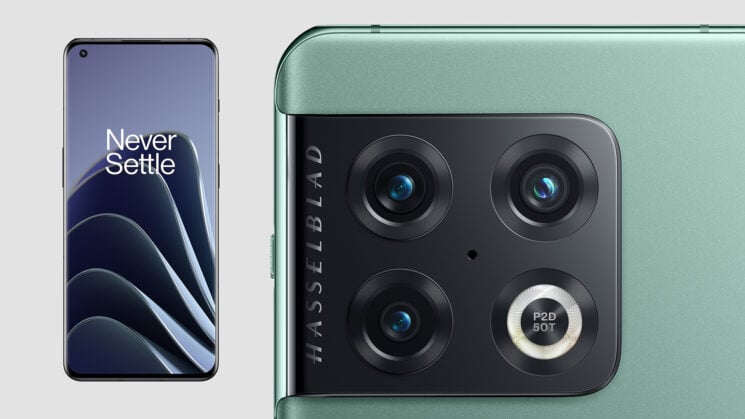 The OnePlus 10 Pro, launched in China back in January today sees its official global release. It boasts the second-generation Hasselblad Camera for Mobile, with the first having previously come in the OnePlus 9 Pro – part of Hasselblad’s 3-year deal with OnePlus that was announced in March of last year. It also features a 120Hz display with Dual Color Calibration (a first in smartphones) and “super-fast” charging.

The camera module retains essentially the same specifications (sensor size, resolution, etc) as its OnePlus 9 Pro predecessor, although it is a redesigned module able to shoot in full 10-bit colour, 125% sRGB coverage capture, and you can shoot 12-bit raw on all three rear cameras. The OnePlus 10 Pro also debuts a new “Movie Mode” allowing for full manual control over your videos along with LOG format.

The OnePlus 10 Pro features a Qualcomm Snapdragon 8 Gen 1 (SM8450) chip under the hood with either 8GB (or 12GB, depending on where you live) of ram and either 128GB or 256GB of storage. It has a new heat dissipation system, 65W SUPERVOOC wired charging in the USA, bringing the built-in 5,000mAh battery from flat to full in 34 minutes as well as 50W AIRCVOOC wireless charging that goes from flat to full in 47 minutes. On the front is a new 6.7″ Fluid AMOLED panel with a 120Hz refresh rate, boasting OnePlus’ second-generation LTPO (low-temperature polycrystalline oxide) technology and Dual Color Calibration. 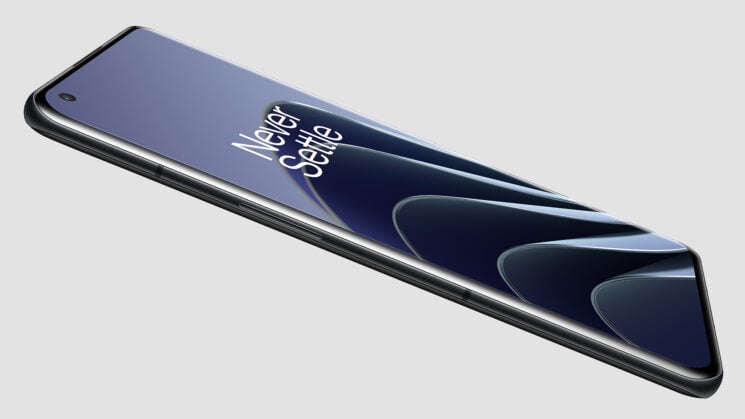 The Dual Color Calibration system essentially means that the display has been calibrated to provide accurate colour and contrast at two different levels of brightness – 100 nits and 500 nits – so that you’ll see a more accurate display even when you’re watching YouTube or tweaking photos for social media in the dark on a low brightness level. It also features “Super Video Resolution”, allowing lower resolution content to be scaled up to fill the QHD+ display with automatic enhancements to give the impression of a higher resolution source. 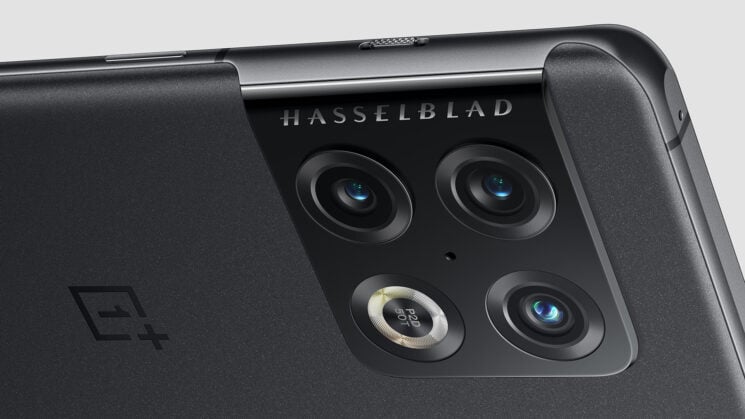 But let’s take a look at that Hasselblad camera module. As mentioned, the specs appear largely the same as the OnePlus 9 Pro, on the surface. But diving a little deeper, the second generation Hasselblad Camera for Mobile (which is what they call it) sees some fancy new upgrades. It has a 48-megapixel main camera with optical image stabilisation (OIS) and electronic image stabilisation (EIS) that uses the custom-built and exclusive-to-OnePlus Sony IMX789 1/1.43 inch sensor. It shoots in full 10-bit colour and has seen some upgrades to improve noise reduction, dynamic range and clarity. 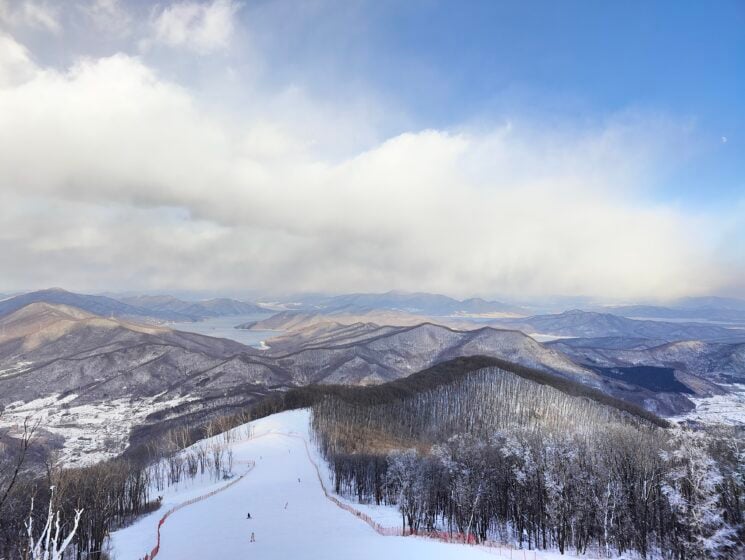 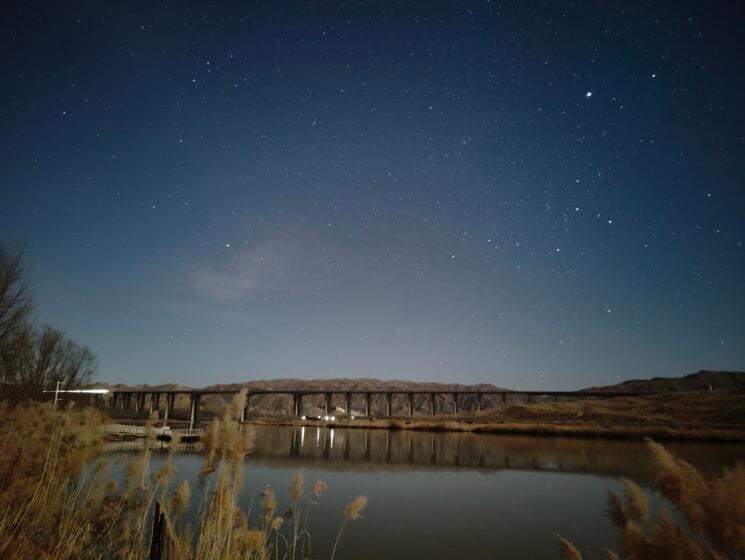 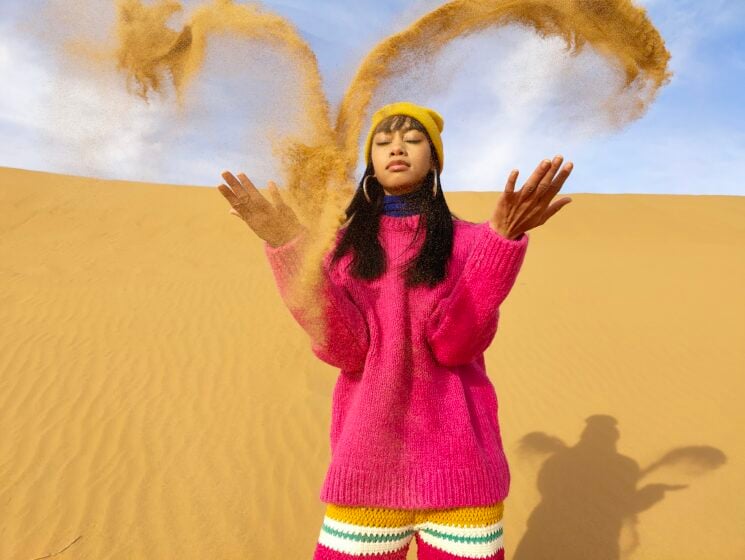 The telephoto camera is an 8-megapixel sensor with a 3.3x optical zoom and OIS. As with previous iterations of OnePlus smartphones with a telephoto camera, you’ve also got digital zoom, although they say that the OnePlus 10 Pro features a new Super Resolution algorithm to improve the clarify of images shot using digital zoom. It will be interesting to see how this compares with shooting lower resolution and scaling using the Super Resolution feature of something like Adobe Camera Raw. 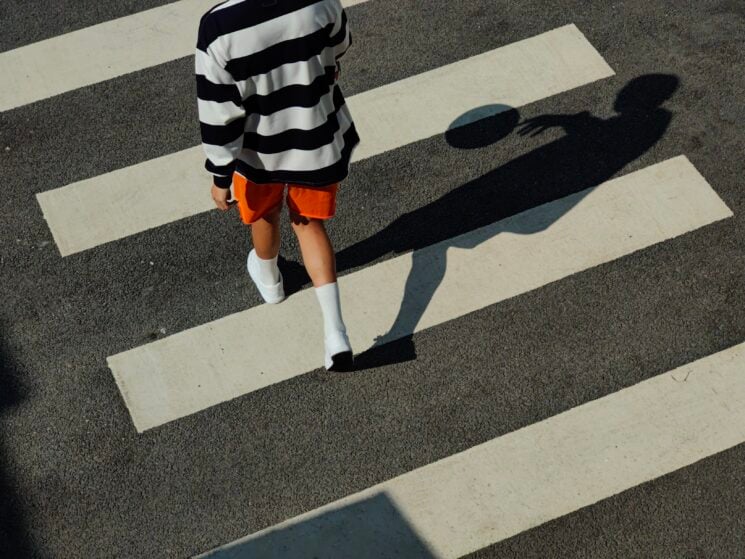 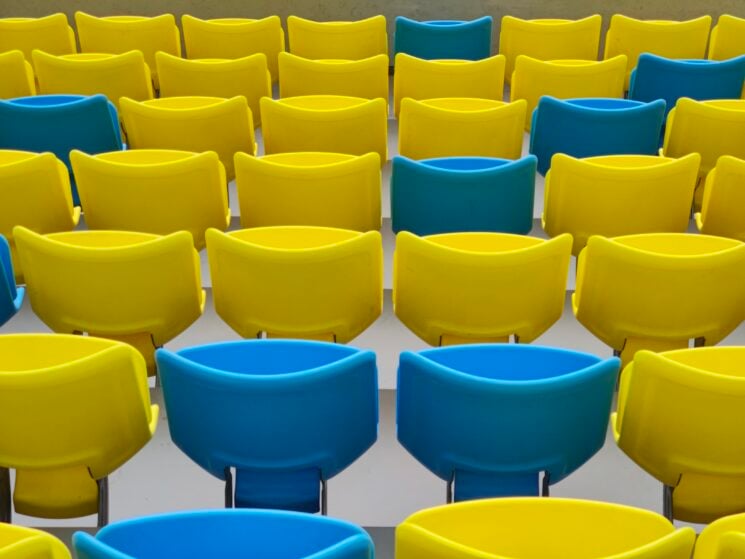 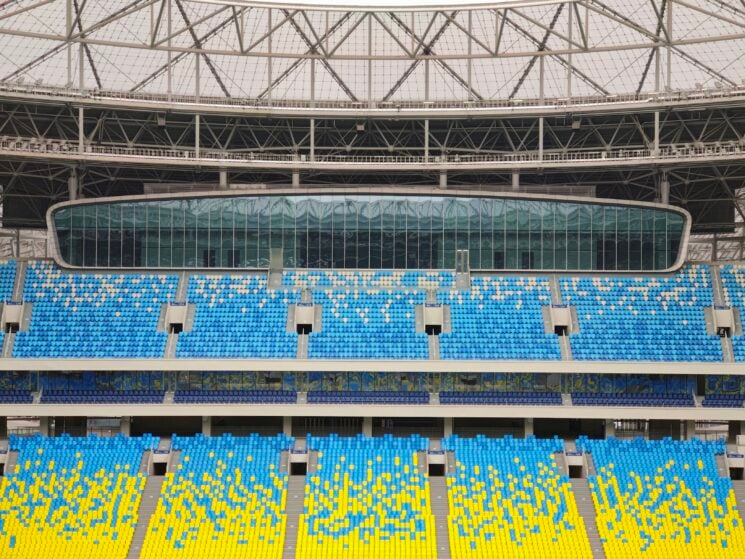 Finally, on the rear, there’s the ultra-wide camera which uses a 50-megapixel 1/2.76″ Samsung ISOCELL JN1 rather than a Sony sensor and it’s very wide indeed, offering a whopping 150° field of view – far greater than the 120° offered by most of the competition. It also features a Fisheye Mode to, not surprisingly, replicate the look of a fisheye lens on a regular camera. I don’t think this is a mode that will be beneficial most of the time, but it’s a very cool option for certain shooting conditions. By default, this camera captures 110° field of view, and the 150° and Fisheye modes are accessible via a tab in the camera app. 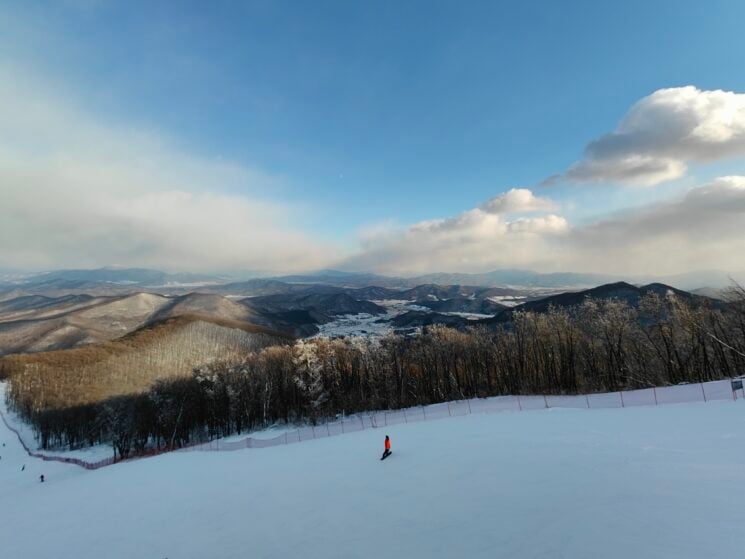 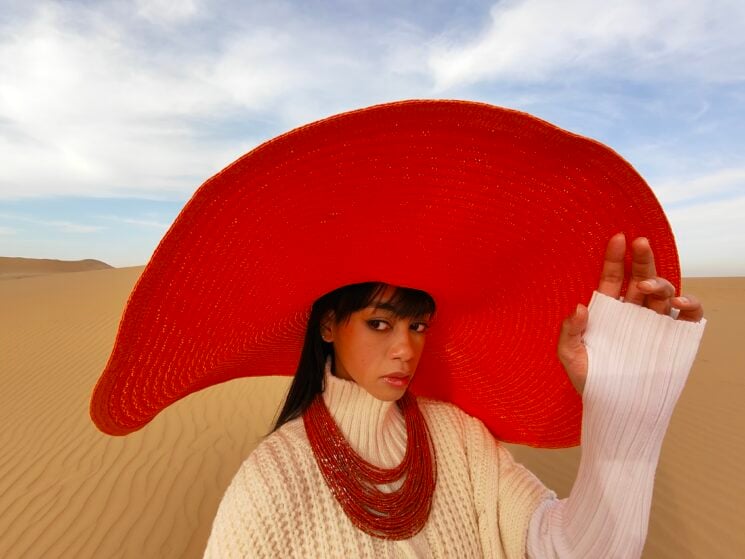 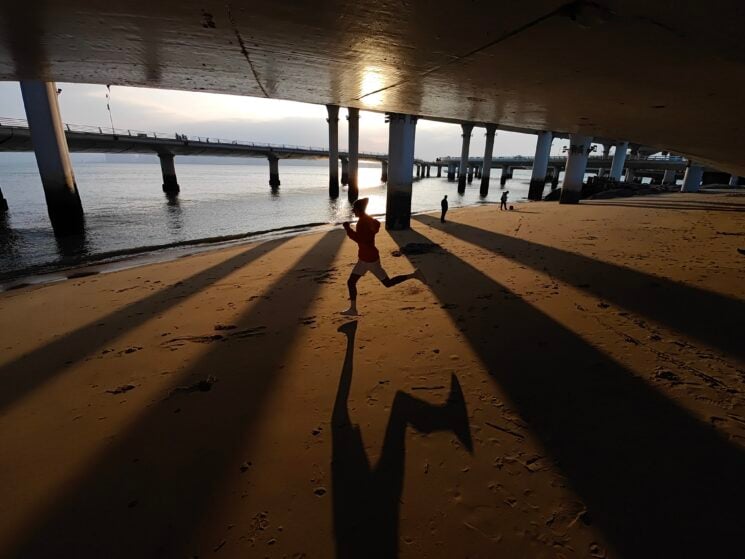 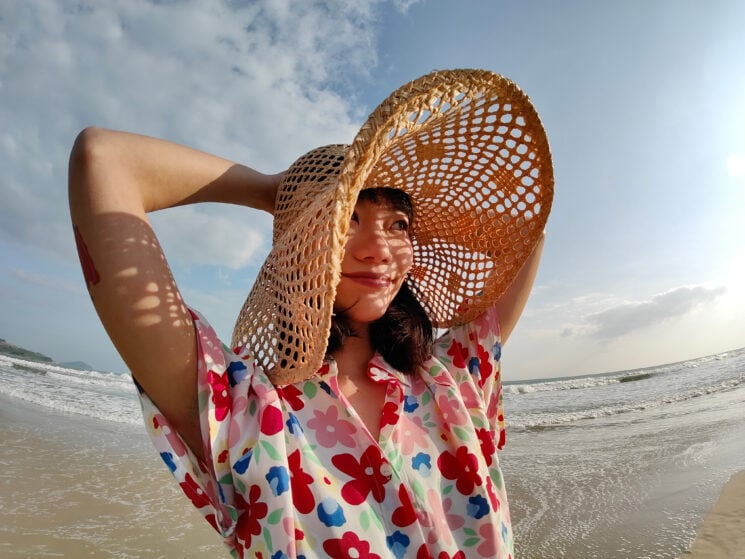 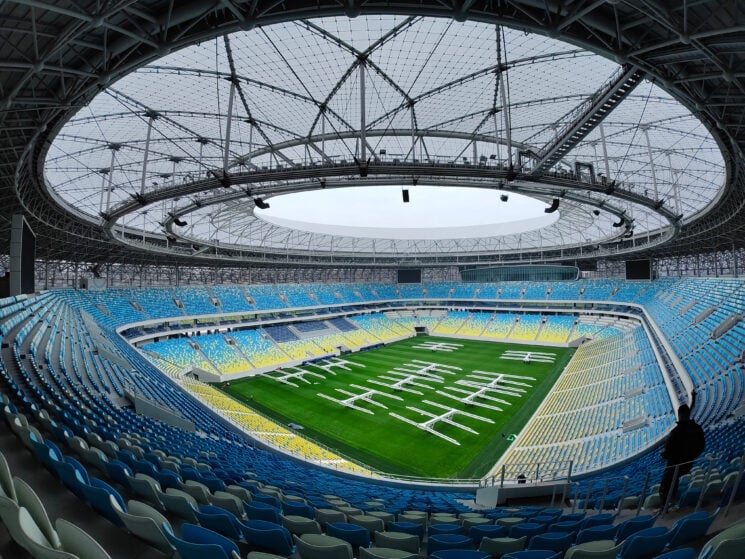 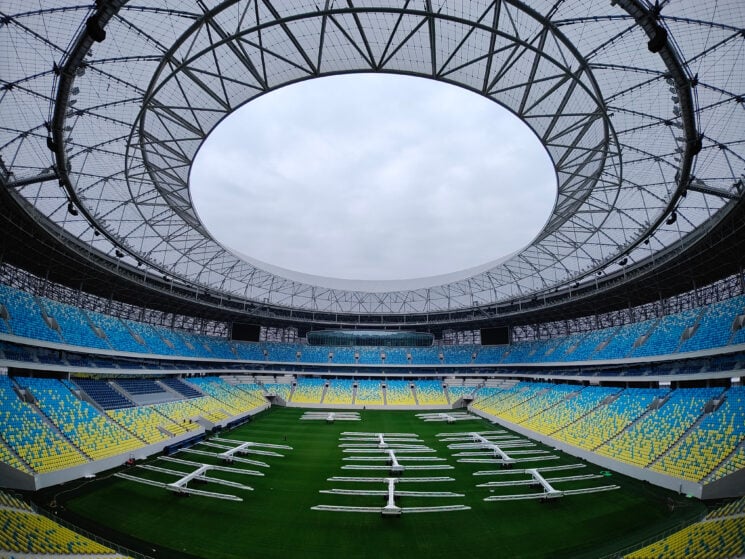 Raw format images have also been taken to the next level with the new Hasselblad Pro Mode, which can now be used on all three rear cameras for complete manual control. It also offers up to 12-bit RAW shooting on all three cameras, too, for maximum dynamic range using Hasselblad’s Natural Color Solution for mobile. Master Style also lets you shoot images with colour profiles calibrated by various Hasselblad photographers, including Yin Chao, Ben Thomas and David Peskens, simulating their looks in your own images.

When it comes to video, the new Movie Mode offers full manual control over your shot as well as LOG format video for maximum dynamic range and control in your edit for grading. It’s capable of shooting 4K at up to 120fps and 8K at up to 24fps. It also supports dual video, allowing you to shoot with the front and rear cameras simultaneously – very handy for vloggers!

And speaking of the selfie camera, it’s a 32-megapixel Sony IMX615 with EIS and a 27% wider field of view compared to the Sony IMX471 found in the previous generation OnePlus 9 series smartphones. The new front camera also supports Nightscape mode, letting you shoot bright, clear selfies even in dark conditions. It’s also calibrated specifically for skin tones to give a more natural appearance without having to do a lot of tweaking in your edit. 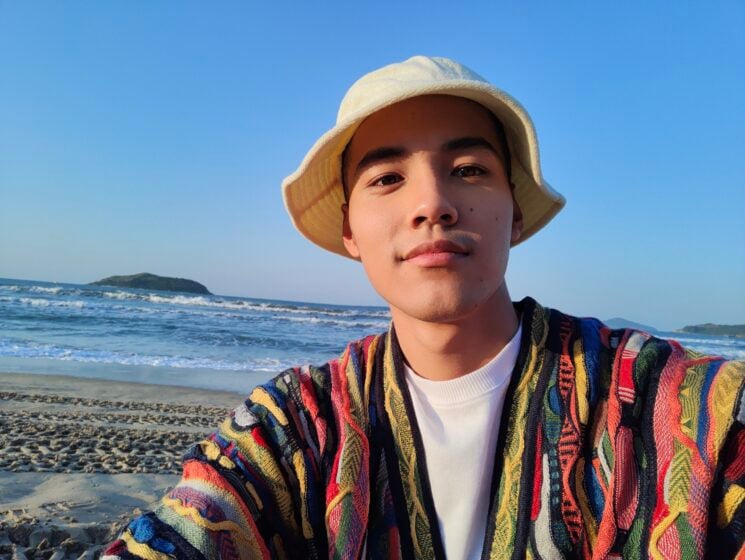 And you also get a Long Exposure mode, that allows you to shoot long exposures handheld. Yes, that’s right, long exposures with silky smooth motion blur without a tripod. I expect there are some limits to the in-camera stabilisation tech that allows this to happen, but I’ll be very keen to give this a test once I get a OnePlus 10 Pro in my hands. And we do have a OnePlus 10 Pro on our way to us, so be sure to keep an eye out for that review once we’ve been able to give it a good workout. 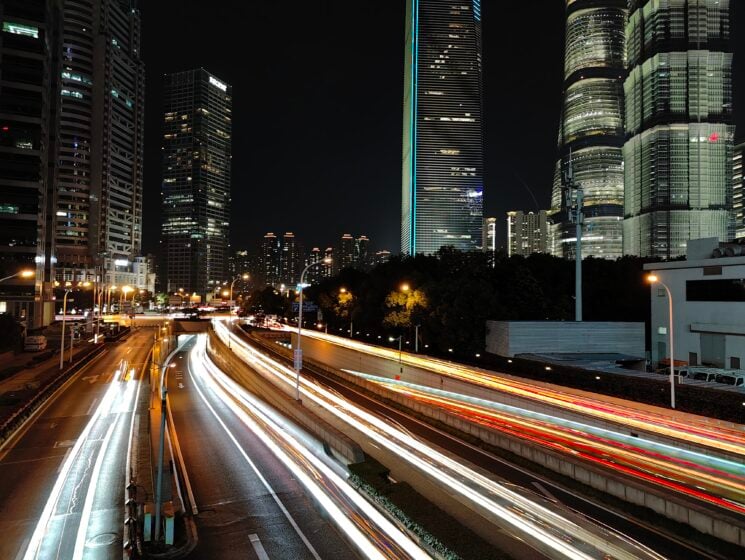 All in all, the camera system sounds very impressive and the sample photos provided to us by OnePlus seem to back this up. I skipped the last couple of generations of OnePlus devices and still use 2019’s OnePlus 7 Pro as my regular daily phone. You might’ve seen it pop up in articles here on DIYP from time to time over the last couple of years. The three-year-old OnePlus 7 Pro remains an impressive camera even by today’s standards (which is why it’s still my main phone) so I have high expectations for the OnePlus 10 Pro both as a camera and a daily use smartphone.