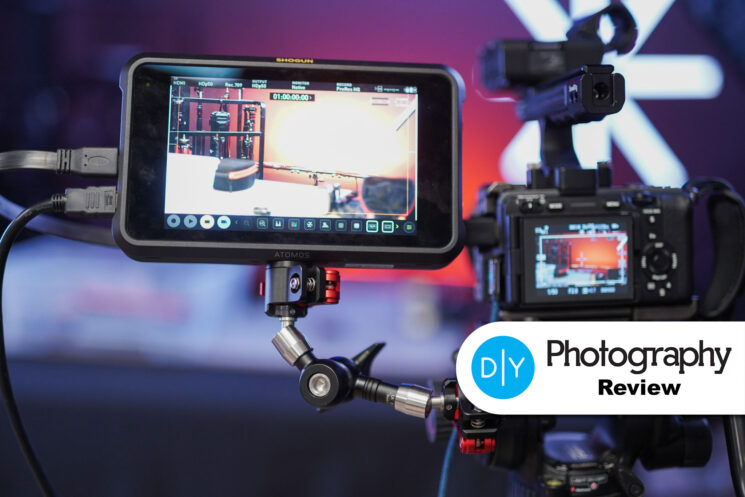 You know how your camera always wants friends? A monitor, a recorder, transmitters, mics, and more. (And then the friends want their own friends, like batteries, memory cards, and so on, but this is another topic). Well, all those “friends” need a place to live on your setup, and the new iFootage Spider Crabs could easily be the BFF in this group.

The Spider Crabs are a set of magic arms. Those are articulating arms with small ball heads on either side and a central knob if you are not familiar. When you tighten the central “elbow” knob, it locks the entire arm together. This makes it really easy to mount accessories and move them with ease.

Magic arms have been here for as long as I can remember. And while there are many variations, types, and quality units, I have not seen any real innovation in this section for a while. iFootage sent us their new Spider Crab units, and they actually managed to innovate in this area.

Before I dive into the units themselves, I have to say that Spiders and Crabs are not really related. Spiders belong to the Arachnida class and generally don’t live in water, while crabs belong in the Malacostraca class and live in oceans. So when you think about a creature called Spider-Crab, you may as well think about a donkey-cat. Anyways, I digress.

We got three of the new units: 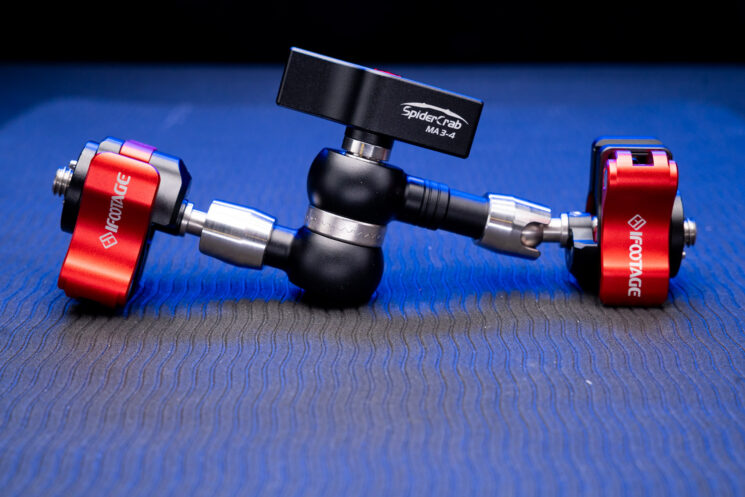 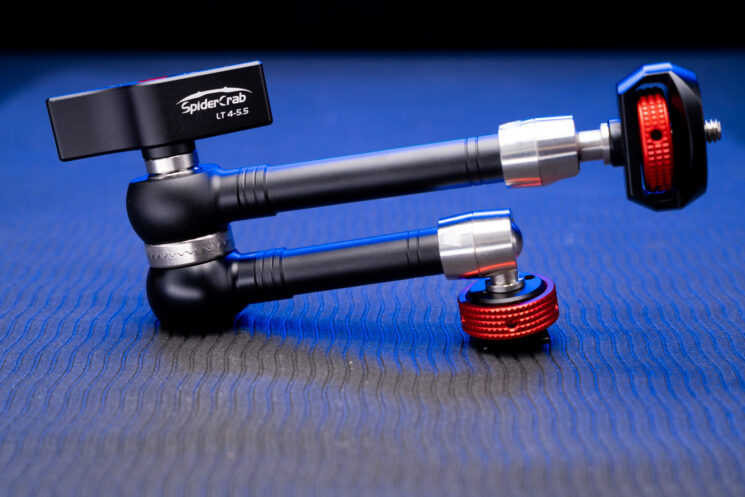 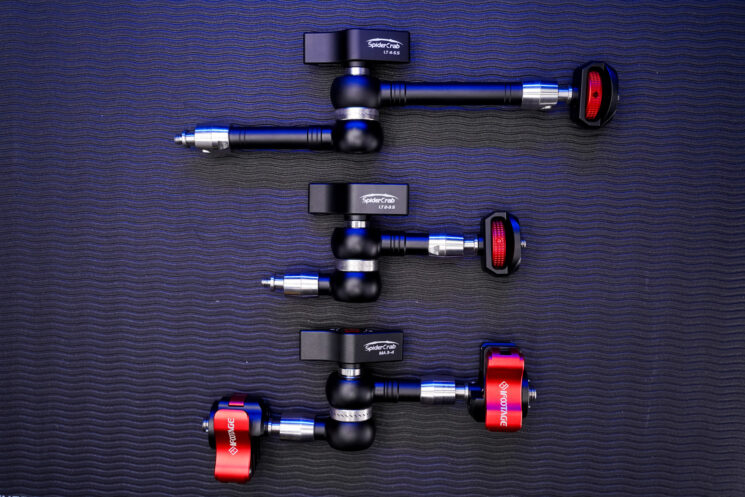 The three units come in different lengths and have different “end attachments” but have a few things in common. They are all built incredibly well with thick metal arms and reinforced locking rosettes, they all bear the red marks of iFootage, and they are not the cheapest of magic arms you can buy. You get high-quality arms that lock really well for this price, though. There is absolutely no movement on either “knuckle” once the knob is locked. This is something that sets them apart from the cheap $10 arms that you get from a generic brand.

As far as specs go, each arm can handle 13.2 lb (or six kilos for our friends overseas). This is an impressive capacity, which I have only seen in Manfrotto’s arms before. In addition, the arms easily handle even a beefy monitor like the Atomos Shogun with batteries and drive. We have also tried a few on-camera lights, microphones, and other accessories, but really the Shogun was the heaviest of them all, and it played well. 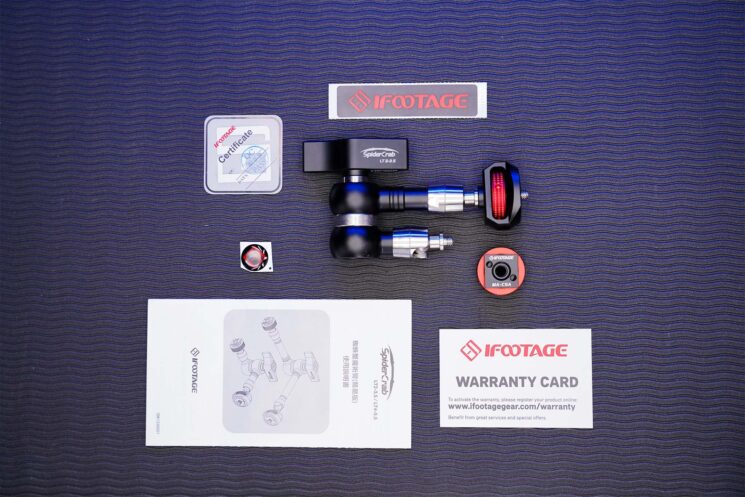 The presentation is quite basic, with each box containing:

We took the crabs for a test drive and were happy all the way. We definitely felt the high build quality, and we did load the arms with anything and everything without worrying about it for a second.

I’m going to talk about the LT2-3.5 (5.5″) and the LT4-5.5 (9.5″) first because they are very similar, aside from their length. Each arm has two end attachments: a simple 1/4-20″ end and a mini plate attachment. The miniplate attachment can attach to plates using a rotate-in-place 1/4-20″ and has a rubberized o-ring to prevent the attachment from spinning. I wish they had retractable locking pins like the quick-release unit. More on that later. 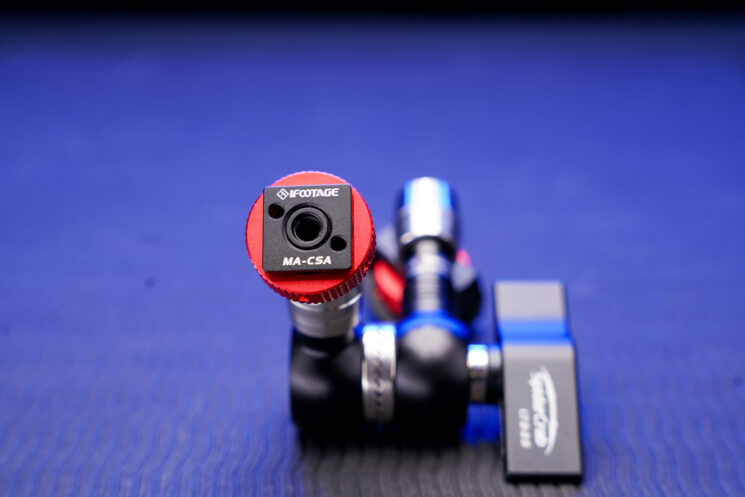 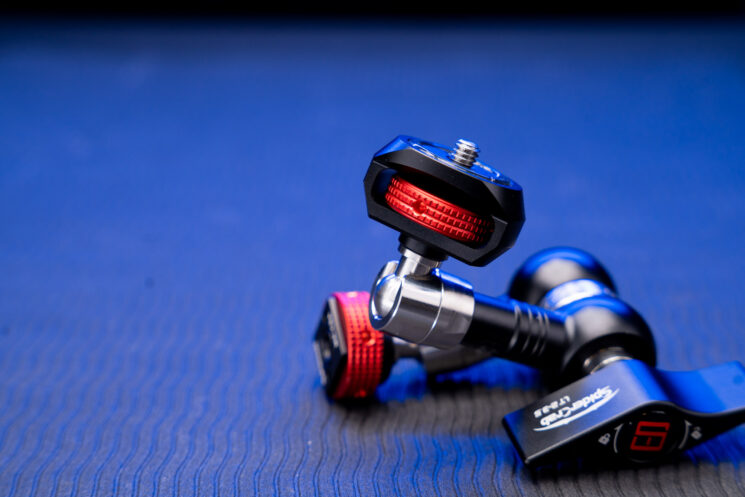 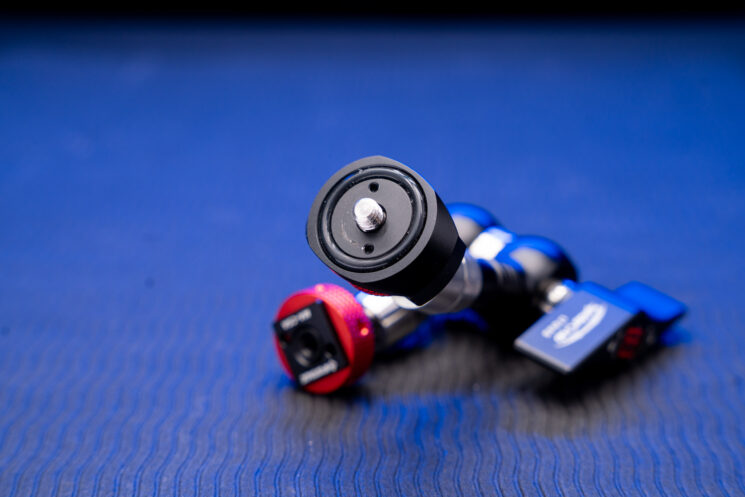 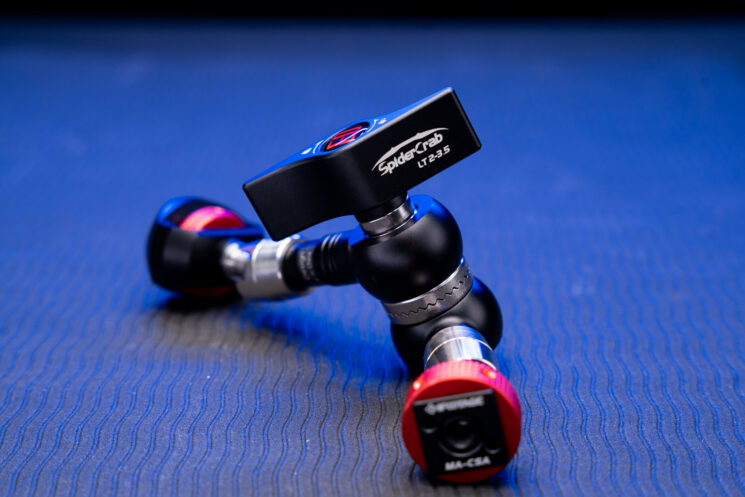 The package also includes a cold shoe mount that you can use on the simple 1/4-20″ if you want to use a camera hot-shoe or a cold shoe port on a cage.

As I mentioned, the joint feels super solid, and they don’t move an iota once tightened. The butterfly elbow lock is massive and easy to handle. On the flip side, it can sometimes get in the way and hit your accessories on their bottom. The similar arms from Manfrotto’s have a smaller elbow knob, which is harder to control, but it does not get in the way. This would be a personal preference. We used those arms for mounting monitors, small lights, and an occasional accessory.

The third arm is a bit different and features a quick-release mechanism. It is not a standard quick release, so you would have to buy into the system for this, but It felt solid and definitely worth exploring. The system has three parts: two quick-release heads and an arm. The idea here is to keep both heads on, say, a tripod and an accessory, and then connect the arm to both when arriving on location. 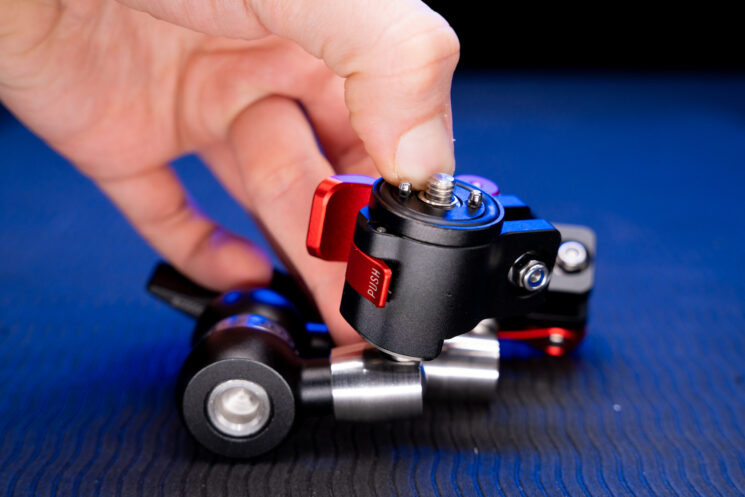 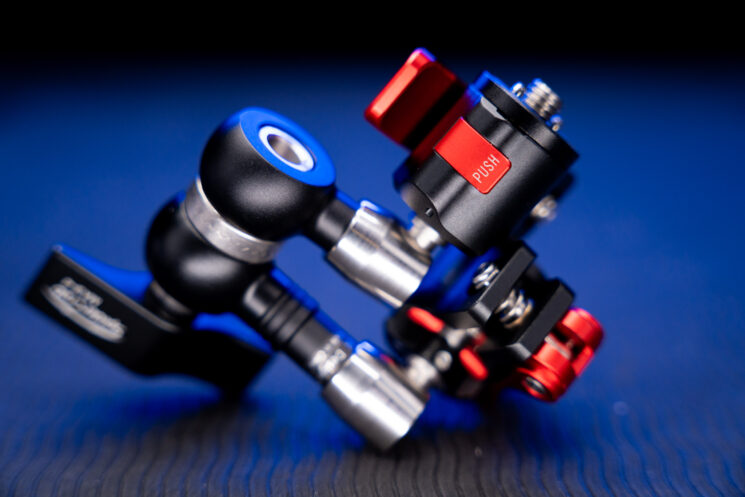 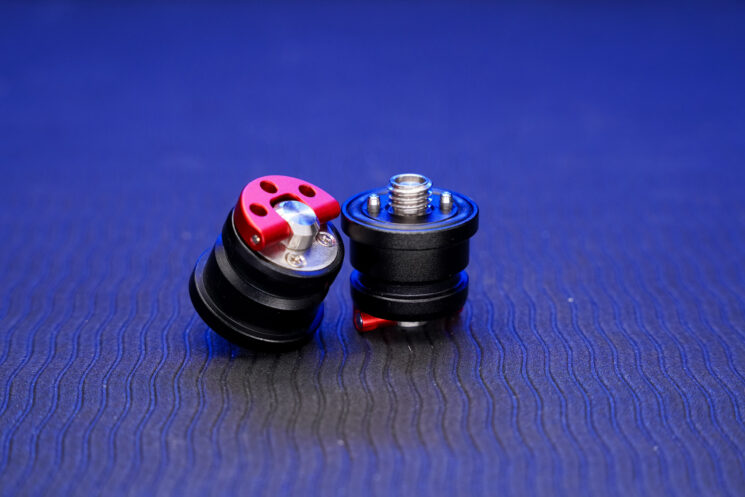 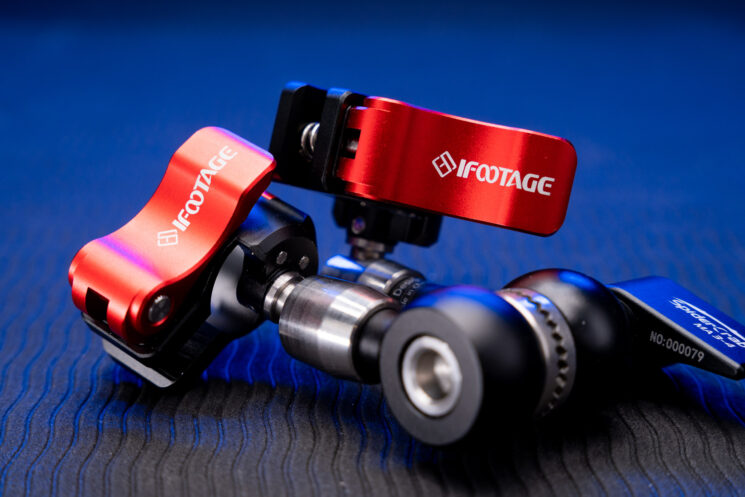 Each end of the arm connects to a “Head” using a latch and a lock. They slide in easily and have an anti-rotation system, and when latched, they are very secure. However, they don’t “pop” out once you release the lock, and you have to pull them out, which is not very convenient. I would love to see a mechanism more similar to the Manfrotto Move quick release where once you hit the unlock, the head slightly pops out of its housing.

There are a few interesting features on this unit, which I will go to in a second. Still, the main question is, are you unwilling to commit to (semi) permanently attaching the “heads” to your tripod and accessory. They are a bit bulky (about half a can of film) and will bulge from your accessory and tripod. If this is not an issue, you will be rewarded with some great features.

The Spider Crab series is a solid series, and I feel very comfortable using it to support my gear. I specifically liked the rigidness of the system and the ease of use. If you don’t mind (or even like) the large elbow knob, the crabs would be a great choice. – iFootage Spider Crabs – $39-$89 at B&H. 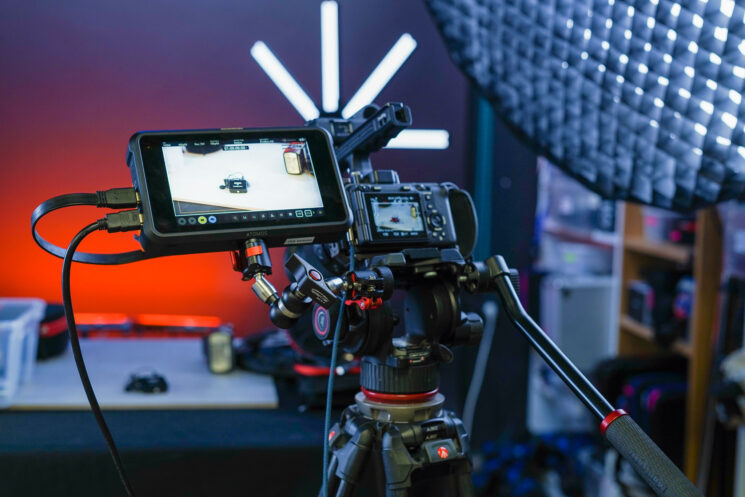 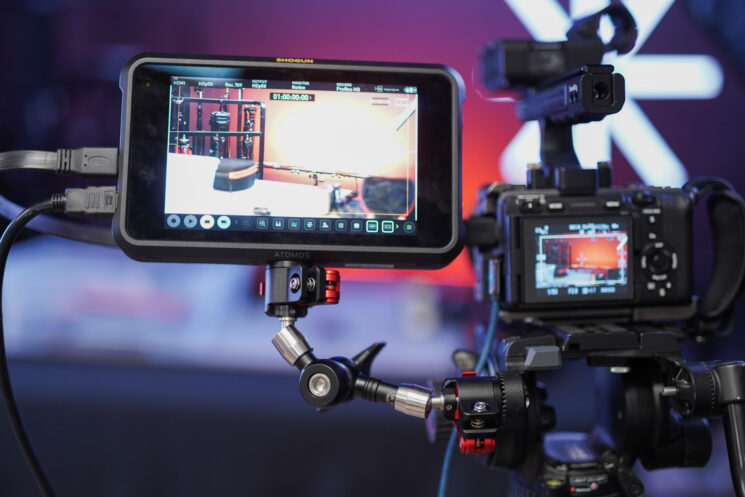