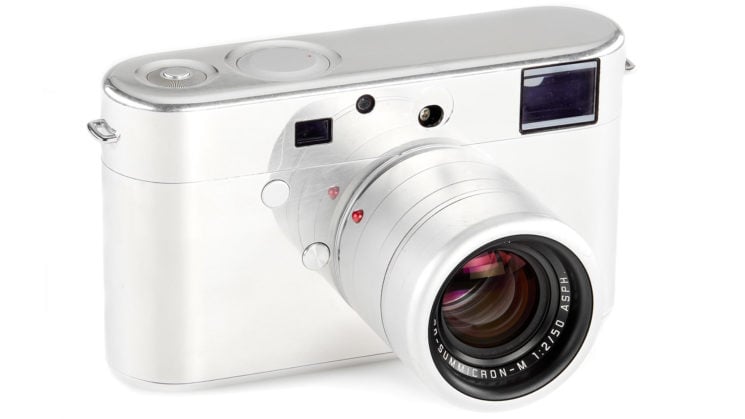 Back in 2009, a charity event dubbed the (RED) Auction, containing one-of-a-kind items by Apple’s former Chief Design Officer Jony Ive and industrial designer Marc Newson, was held to raise money to benefit The Global Fund to fight AIDS, Tuberculosis and Malaria. More than 40 items went up for bid, including a Leica M full-frame camera designed by the pair.

The (RED) Leica M, the standard version of which retailed for around $7,000 at the time, fetched a hair over $1.8 million. Now a prototype camera has been revealed and is also going up for auction, where it’s expected to reach at least $300,00.

It’s being sold by the Leitz Photographica Auction as “lot 38”. The description of it provides more details, including an estimated €200,000 – 250,000 hammer price and an opening bid of €100,000. It’s a pretty brutal looking camera, with a polished mirror-reflective aluminium body. It’s basically a pre-production unit for testing right before the final release, as the listing’s description describes…

A beautifully sculptured aluminium body with a matching Apo-Summicron 2/50 mm ASPH. lens — both showing distinctive features both designers are famous for. Only one finished camera has been made and was sold in an auction in 2013 for an amazing $ 1.8 M! The prototype we have the pleasure to offer shows the final development step when the camera took its final shape after hundreds of prototype parts have been made and tried. It is a beautiful piece of design and a very special opportunity for Leica collectors!

Leica said at the time of the sale of the final camera that the pair went through 561 models and prototyped nearly 1,000 parts to develop the final look – of which only one was ever made. There’s no word on how many other prototypes might be sitting stored in boxes somewhere to be unleashed on the market in the future, but no matter how many it is, this is still a pretty rare camera, and probably as unique as the final version. 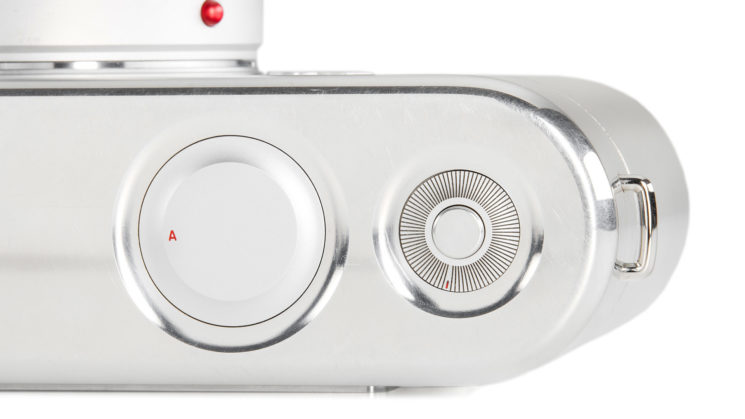 There’s no word on whether or not the camera itself is fully functional, although I suspect that anybody buying this probably won’t be getting it to use. It’ll end up just sitting in some glass cabinet, never firing a shot.

For more info, check out the Leitz Photographica Auction website.