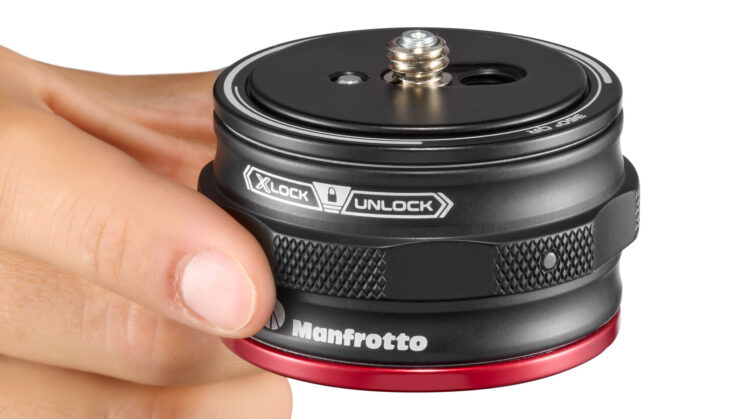 Manfrotto has introduced their new Move Ecosystem. Centred around the new Move quick-release, it allows you to quickly transition from one piece of kit to another. Whether you’re going from a ball head to a gimbal or from a tripod to a slider, Move lets you switch as seamlessly and effortlessly as possible.

The one big problem with so many different tripod, slider and other support systems on the market is that a lot of them use their own connectors and plates that aren’t compatible or easily swappable with other gear you might own. Your slider might have a head with an Arca Swiss plate while your tripod might take a Manfrotto 501PL. The goal of Move is to overcome this and create a standardised interface between all of your kit that doesn’t replace your existing mount systems but add to them. 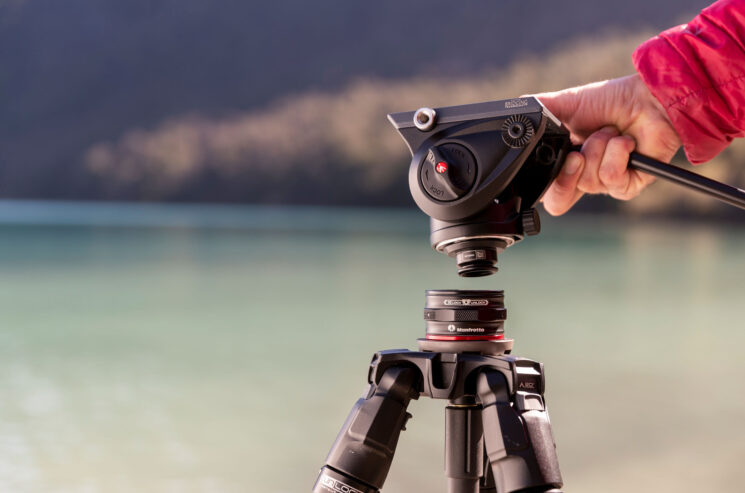 The move can live on the top of your tripod legs or the base of you slider with the other half underneath your ball head, video head or gimbal, allowing you to swap your setup at will. No longer do you have to completely unscrew heads to shift them from one device to another or remove them to mount a gimbal (or awkwardly try to balance them all independently). 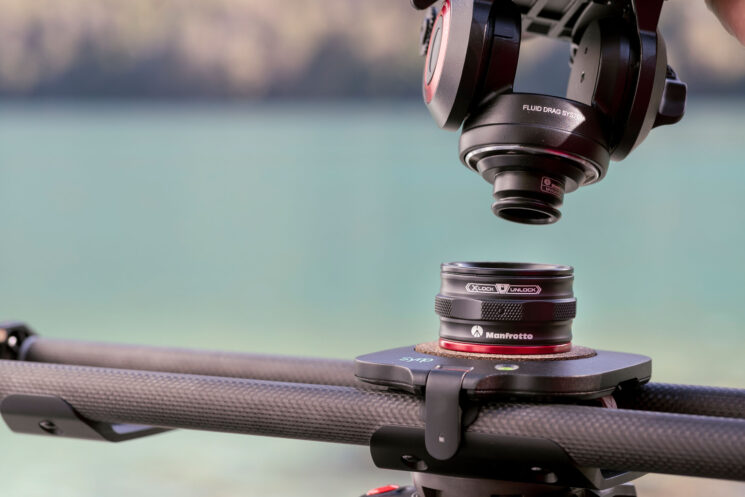 Underneath the base is a standard 3/8-16″ socket, allowing you to go straight onto the top of most sets of tripod legs. On the top of the plate is a 1/4-20″ thread, allowing you to go into the bottom of most gimbals or add a 3/8-16″ adapter for screwing underneath your tripod head of choice. The Move quick release only adds 53mm of height to your overall setup, too. 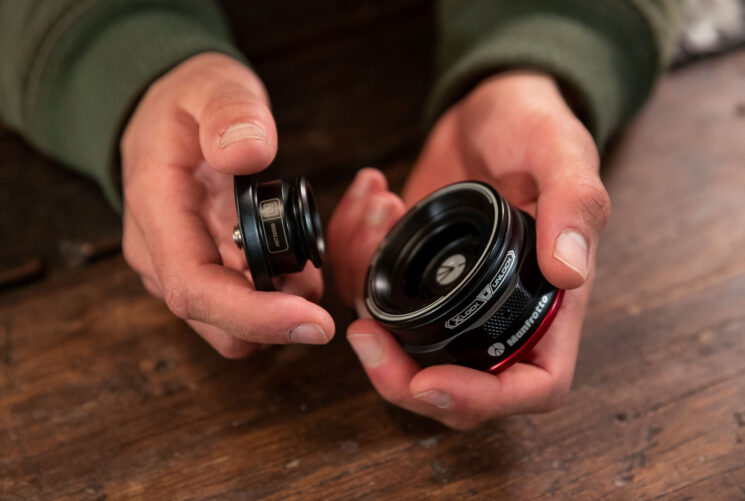 The top slots inside the base and then a twist locks them both securely to each other. To remove them, simply twist the lock the other way and the top pops right out. This makes for very easy switching between one support system and another, without a lot of faff and hassle.

As well as the Move Quick Release, other items announced today that are part of Manfrotto’s new modular approach include a new GimPod, styled after the legs on the Manfrotto 635 Fast Single Carbon tripod, the Manfrotto 300XM gimbal, and the new 496-Q6 ball head.

The Gimpod is essentially a monopod, designed for a gimbal, with a quick, single-handed action to unlock it to adjust the length and then to lock it again. All it takes is a twist and the leg segments become loose, allowing you to raise it to whatever height you wish. A twist back the other way locks them into position again – exactly like the Manfrotto 635. There’s a pair of extra legs available for it, though, allowing you to turn it into something of a tripod. 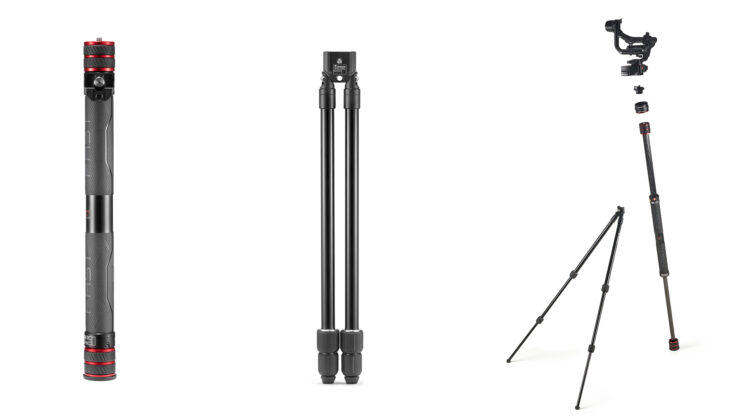 As for the ball h read, well, it’s an Arca Swiss compatible locking system (the photo looks pretty much identical to the Gitzo Légende plate) and accepts a payload of up to 12kg. Two independent locking knobs allow you to lock and adjust the friction of the main ball as well as lock and unlock panoramic movement. It features three integrated bubble levels, depending on the camera orientation you desire, allowing you to quickly and easily see if you’re a bit off kilter. 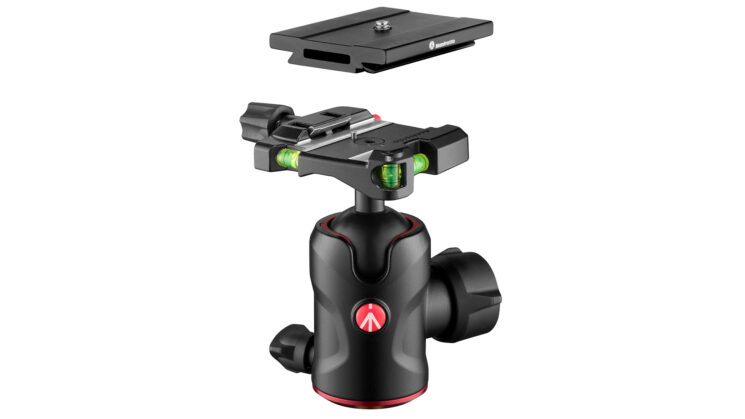 Underneath you get the usual 3/8-16″ mounting hole, letting you put it straight onto pretty much whatever tripod legs or monopod you wish, although Manfrotto would obviously prefer that you use this ball head with the new Move quick release, allowing you to switch it between tripods and sliders at will.

As with everything else announced today, there are no prices or exact release dates for all this lot yet, but I expect they will be forthcoming. We’ll keep you posted as we hear more.