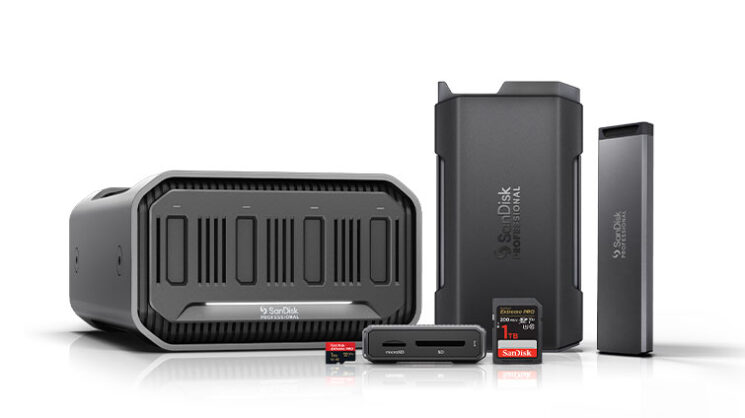 Western Digital has today announced the new SanDisk Professional PRO-BLADE modular SSD ecosystem targeted toward creatives. It comprises the PRO-BLADE SSD Mag, available in 1-4TB capacities that offer speeds of up to 3,000MB/sec, the PRO-BLADE Transport USB 3.2 Gen 2 (20Gbps) reader for speeds up to 2,000MB/sec, and a PRO-BLADE Station desktop SSD enclosure that holds four SSD Mags at once with Thunderbolt 3 (40Gbps) speeds.

Western Digital says that the new versatile NVMe SSD mag allows users to quickly scale storage on location or in the studio, with up to 3m of drop protection and 4,000lbs of crush resistance for durability in those random location environments in which we often find ourselves. They’re designed to ease the high speed and capacity demands of cameras that can record straight to USB-C. 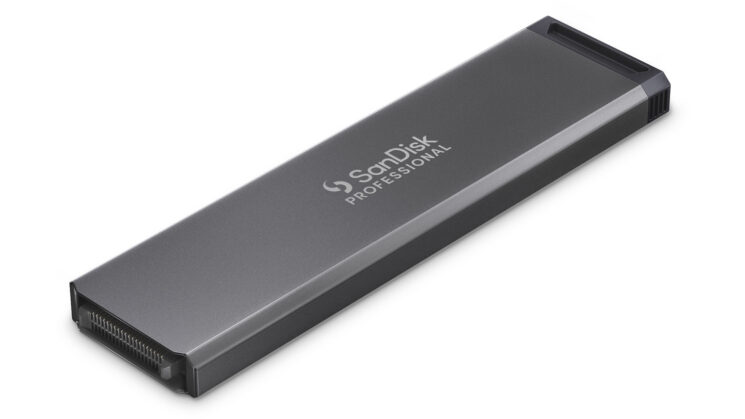 The SanDisk Professional PRO-BLADE SSD Mag is the actual storage around which the entire system is based. Essentially, it’s the guts of a portable SSD without all of the extra electronics and bits that let you plug it into a USB interface. WD says that this allows them to bring down the costs of the storage itself, letting those who need a whole bunch of fast portable SSD storage save as much as possible. You’re only buying the bit that you need to – the storage space.

They’re available in 1TB, 2TB and 4TB capacities for $179.99, $289.99 and $599.99 respectively and offer read and write speeds of up to 3,000MB/sec. Because they don’t require all the extra electronics of a regular portable SSD, they’re small and lightweight, allowing you to easily carry a whole bunch of them in your pocket or bag. On location, they connect to your camera (or laptop) via the PRO-BLADE Transport, which is a USB 3.2 Gen 2 interface that lets you read and write to the SSD Mag drives at up to 2,000MB/sec both ways. 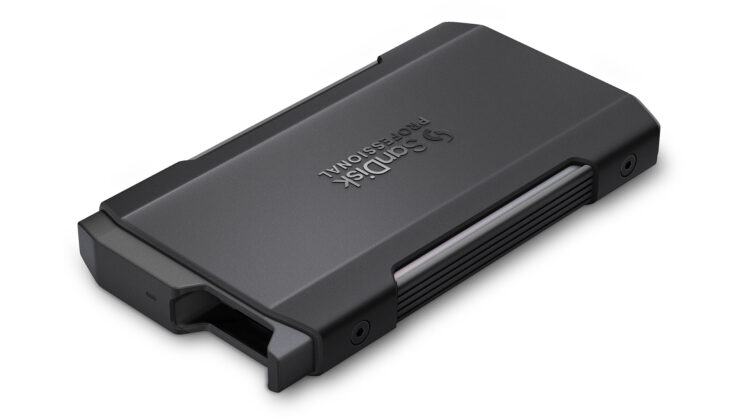 The PRO-BLADE Transport costs $69.99, but it’s something that you only have to buy once in order to read and write your PRO-BLADE SSD Mag drives. When you consider what you’d pay for a decent CFast 2.0 or CFexpress card reader, $69.99 is actually pretty reasonable. If you only ever need one SSD, then you’re probably still better off going with something like the SanDisk Extreme Pro 2,000MB/sec SSD, but if you need to have a dozen of these things handy and want to be able to ingest that footage as quickly as possible the PRO-BLADE system is going to be the way to go, largely thanks to the PRO-BLADE Station desktop SSD enclosure.

The PRO-BLADE Station isn’t quite ready just yet (hence no product link to the Western Digital website yet), but it will hold up to four PRO-BLADE SSD Mags simultaneously and communicates with your computer over Thunderbolt 3 (40Gbps) for transfer speeds of up to 4,000MB/sec. Whether it’s for backing up or working with the data directly from the mags, WD says it’s been optimised for real-time editing with video footage up to 12K resolution.

There’s no price on the PRO-BLADE Station yet, and there’s no specific release date yet, either, except for “late 2022”. They say that prices will be announced closer to the release date. 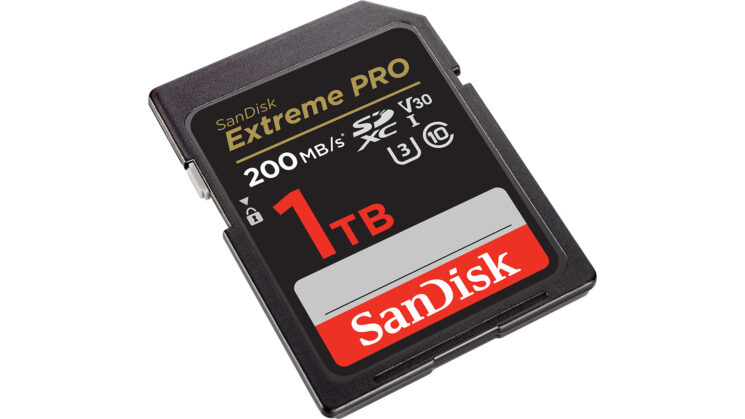 Also today, Western Digital has announced a speed bump in their SanDisk Extreme Pro UHS-I SD and microSD cards. To be clear, they’re UHS-I, not UHS-II, so despite the maximum 200MB/sec speeds, you’re still only getting a V30 rating because you still need SanDisk’s proprietary readers to get beyond the usual 99MB/sec UHS-II limit. So, it’s still going to be just as fast as your old ones inside your camera and you won’t be able to have your GH5 or whatever 400Mbps to it. You’ll still need UHS-II cards for that sort of thing.

« Portrait shooters, stop being so afraid of midday sun – It’s easy to overcome with a little bit of flash
How to shoot and edit professional interior photography »