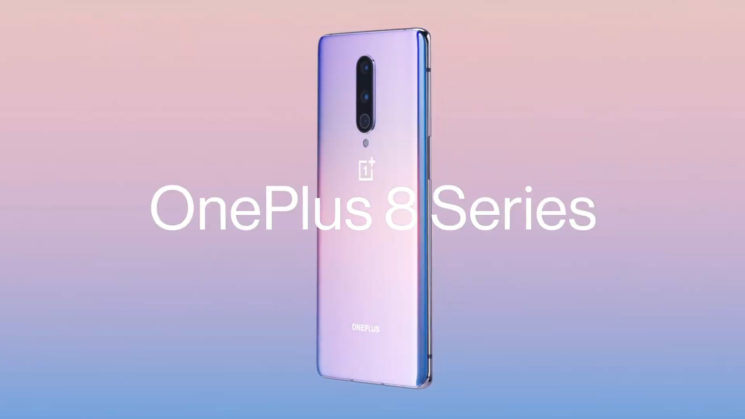 OnePlus has become a formidable force in the world of premium smartphones over the last few years. Last year’s iteration, the OnePlus 7 Pro was declared Smartphone of the Year 2019 by MKBHD and widely praised by users and reviewers alike. I’ve used it myself and it’s a pretty stunning device.

Today, though, OnePlus has announced the latest iterations of their devices with the OnePlus 8 series smartphones – the OnePlus 8 and the OnePlus 8 Pro. And looking at the spec sheet, it definitely seems a little special!

The big features with the OnePlus 8 Pro are a 6.78″ 120Hz 10-Bit HDR AMOLED display, up from the OnePlus 7 Pro’s 6.67″ 90Hz 8-Bit HDR10+ “Fluid” AMOLED display. Gone is the somewhat unique pop-up selfie camera, replaced by a “punch hole” camera in the corner of the display measuring only 3.8mm in diameter.

When it comes to cameras, there are four, two of which are 48-megapixels. The main camera is a “custom made” Sony IMX689, with an f/1.78 lens and optical image stabilisation. The ultra-wide camera is also 48-megapixels, but this time the Sony IMX586, with an f/2.44 aperture. They don’t state the sensor of the telephoto camera, but say that it is 8-megapixel, “3x” zoom with an f/2.2 aperture and optical image stabilisation. The fourth is a “colour filter camera” – although they haven’t really said anything about it other than the fact it’s 5-megapixels.

The Sony IMX689 sensor found in the main camera unit is significantly larger than the 1/2″ sensor found int he OnePlus 7 Pro (which I already thought was rather impressive). The new sensor is 1/1.4″ and looks quite massive compared to the previous model’s main camera – which was the same Sony IMX that the OnePlus 8 Pro uses as its ultra-wide camera.

With the increased size over the IMX586, but with the same resolution, the IMX689 sensor should allow for an overall reduced level of noise. It’s also dual native ISO, which should help with those low-light shots. But even the wide-angle camera is no slouch. The IMX586 is one of Sony’s flagship smartphone sensors and as I already mentioned, it was the primary camera in the OnePlus 7 Pro. Now, though, it means you get those benefits with ultra-wide angles.

The telephoto offers a 3x “Hybrid zoom” and 30x digital zoom, although they don’t mention the resolution. I expect it likely won’t be that high, though. The fourth camera is interesting, and I hope they release more information on it soon. All they said during their announcement was that it’s “a unique colour filter camera that enables you to express the artist within through lighting effects and filters”.

They say it also overcomes the issues of backlighting in extremely high dynamic range scene videos by shooting three sequences simultaneously and combining them together to capture as much of the scene as possible in both the highlights and the shadows. The example shown in the presentation looked rather good, if a little desaturated in parts. It will be interesting to see how this works in the real world in the coming weeks.

The OnePlus 8 Pro is available in three colours – Onyx Black, Ultramarine Blue and Glacial Green. It’s available with up to 256GB UFS 3.0 fast storage and 12GB LPDDR5 RAM. It has dual stereo speakers with Dolby Atmos, a 4,510mAh battery and Warp Charge 30T with wireless charging support – the latter of which is something the OnePlus 7 Pro does not do.

As well as the OnePlus 8 Pro, the OnePlus 8 regular model was also announced today, which features a 6.55″ 90Hz 2400×1800 1100Nit HDR10+ “Fluid” AMOLED display, with a triple-camera array that looks similar to the OnePlus 7 Pro – although instead of a telephoto camera, the OnePlus 8 features a macro camera. It also uses the same hybrid image stabilisation as its big “Pro” brother.

This one’s available in Onyx Black, Glacial Green colours as well as a new colour-changing “Interstellar Glow”. It’s powered by a Snapdragon 865 and also features up to 256GB UFS 3.0 fast storage and 12GB of RAM.

You can find out more about both devices on the OnePlus website.

« Panasonic hasn’t given up on Micro Four Thirds – wants to “energize it as much as possible”
Yongnuo 50mm f/1.8 AF lens coming soon for Sony E-mount »