The eyes are the window to one’s soul. What truly brings out the eyes in your portraits is a small, yet important detail: catchlights. In this short but very informative video, Joe Edelman takes you through the basics of catchlights – the psychology and science behind them, their importance, as well as plenty of useful tips to get them right and make the best out of your portraits.

Catchlights are reflections of light in the subject’s eyes. You can see them in the form of the bright, specular highlights. They can come in all shapes and sizes, depending on the light source. Despite being such a tiny detail, catchlights are incredibly important as they add dimension to your portraits and draw more attention to the eyes.

Most of the times, we’re used to seeing the light coming from above. Therefore, the catchlights are mainly seen in the top part of the eye, at 2 or 10 o’clock. However, this is not a rule (except in some contests), you can experiment with catchlights depending on the context and the concept you’re going for. A general rule is to only have a single catchlight visible in each eye. If you have two or more, they can be a distraction rather than a useful addition to the portrait. But once again, depending on the context, you can experiment with this as well.

When it comes to the shape of the catchlights, they will reflect the shape of the light or the modifier that you use.  A direct flash will generally create a tiny speck of light, a rectangular softbox will create rectangular catchlights, and a round softbox will make them appear round. Natural (available) light will reflect in the eyes as well. Interestingly enough, you can study which lighting was used for a portrait by studying the catchlights in the eyes.

Joe shares an interesting trick for determining the catchlights before taking the shot. Take a black marble and squeeze it in your hand to mimic the eye (see the screenshot below). You’ll see the light reflecting if you use continuous lighting, or you can take a test shot if you use strobes. 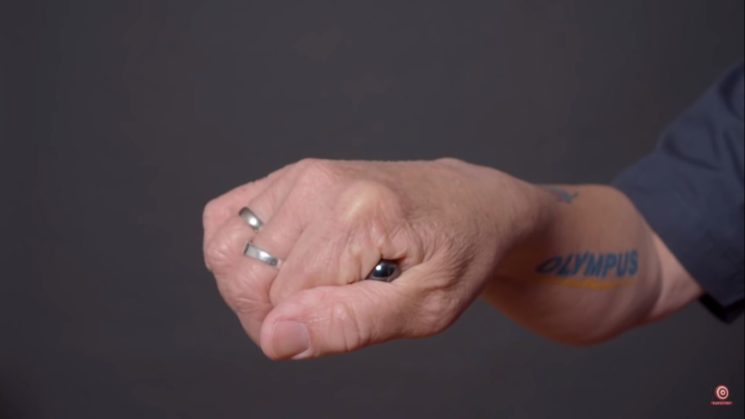 Make sure to watch the video above for plenty more useful tips, tricks and facts. Even though it only lasts 10 minutes, you’ll learn a lot about catchlights: a small, but important detail in portrait photos.

How to use catchlights to make your portraits more powerful

« Photographer captures super detailed moon shot with a Sony a6400
Couple posts 2019 vacation photos to Facebook, police fines them for violating the lockdown »