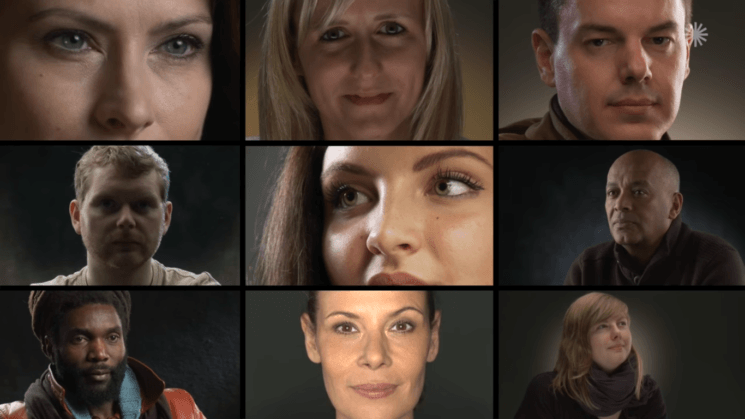 Catching the mood and the spirit of the moment may be one of our primary tasks as photographers or videographers. Yet, we may also be creating them ourselves. One way or the other, one ingredient is essential: light. And this wonderful video from Dedo Weigert will tell you about the importance of light in the “windows to the soul” – the light in the eyes.

Light is essential for photography, but it works hand in hand with its “Dark Side” – the shadow. Together they create the mood and add atmosphere to the photos. But another powerful element that transfers emotions and mood are the eyes. Many songs and poems about them can’t exist without a reason, and I think they really say a lot about our mood and feelings.

Eyes are an important part in human communication. The direction in which the person looks and the “spark” they have or don’t have in the eyes tells us about their emotions and intentions. So, in portraits, eyes are the essential part of the message you want to transfer.

There are several types of catchlights that may appear in your subjects’ eyes when you make portraits. You can use an eyelighter, a ring light, any kind of soft light, or simply get the sparkle from your primary light source. And all of them create different feel and convey a different message.

Position and type of the catchlights 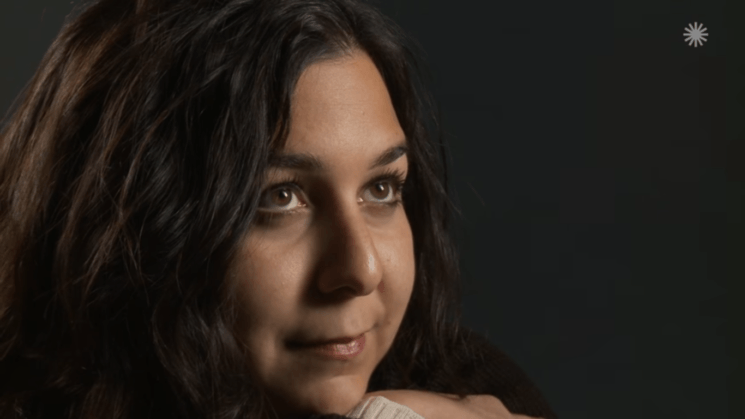 A reflection in the upper part of the eyes, at around 2 o’clock and not too small – this is the most common situation. When it’s small (coming from a small light source), it can be interpreted as aggression. It’s “the James Bond look”. Always make sure to place the light so it’s reflected on the side, outside the center of the pupil. Otherwise, it doesn’t look very natural.

A second reflection in addition to the previous one, at seven o’clock, creates quite a different mood. It reflects pensive look or sadness.

When you only have one large, borderless reflection only in the lower part of the eyes, it creates soft, feminine, gentle and loving expression. Or the so called “cow-eyed look”. When such reflection is created in man’s eyes, it may create an expression that is too soft. I love the reference Dedo makes about “smoking too much good grass”, and that’s how he describes the expression these catchlights create on a male model.

The type of the light 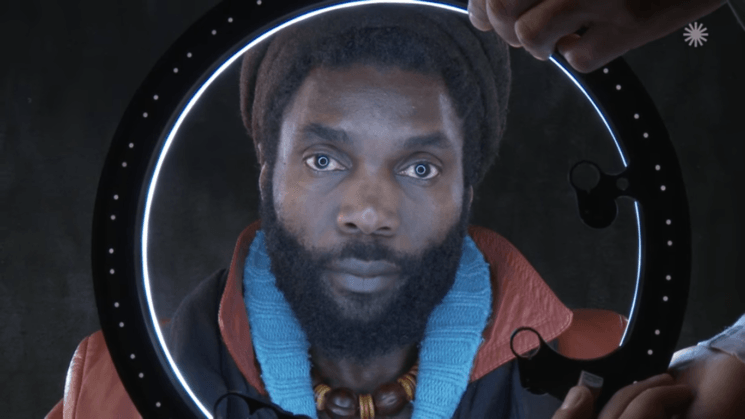 A vertical fluorescent light (one or two of them) can look a bit strange and unnatural when reflected in the eyes. But if it’s positioned well, it gives an interesting effect. An LED ring light creating catchlights in the center of the pupil definitely looks pretty unnatural. It gives the “alien touch” and looks unfriendly. When you have reflections from a large window, they give a natural and friendly look when the reflections are on the side of an iris.

Note that even larger light sources will create smaller catchlights. It’s because of the curvature of the eyes. If you want a larger and more natural reflection, the light source needs to be either very large, or not too far away from the subject (or both).

Of course, a lot depends on the color of the eyes and the person’s overall expression. You need to experiment and try different setting to achieve what you want. For example, the “James Bond” catchlights may not look aggressive in people with dark eyes.

The direction of the look 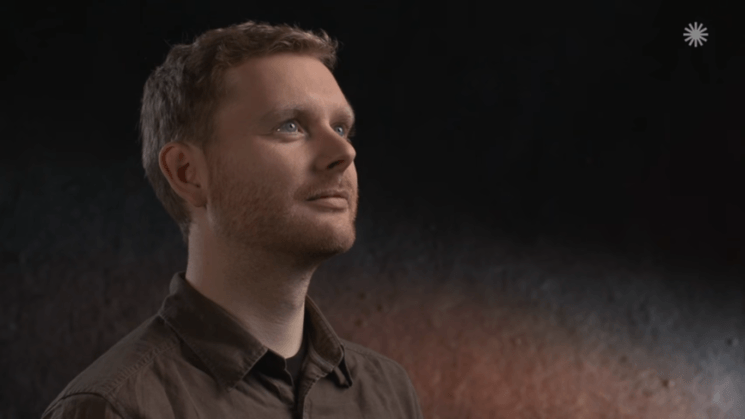 The direction of the look also tells a lot and conveys a message. When the model looks directly at the camera, he or she is “looking” at the viewer. When the eyes and the face are off camera (like in an interview), it’s a dialog situation. The look up, with large borderless catchlights, can be interpreted as a look into the future. A look down, below the lens, can be a look into the past, or the memory. 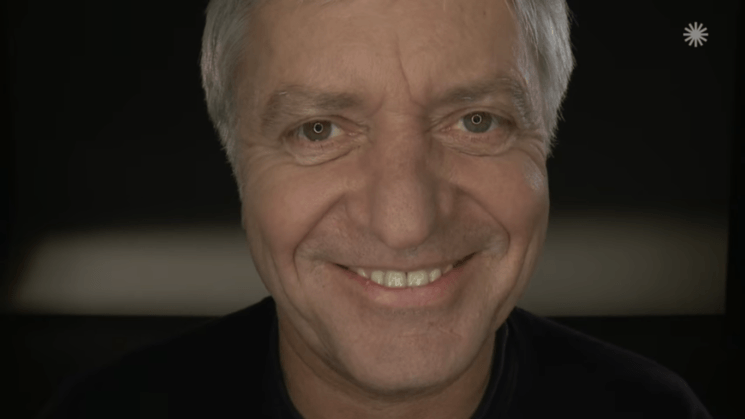 Any reflection that’s positioned in the center of the eyes can look strange and alien.

If the reflection is big, it may suggest a blind person’s look. With small, sharp reflections, you create alien, strange, unwelcoming and scary look. With vertical lights, you can achieve the “cat’s eyes” look. You may even project two colored lights on the eyes to create “Dracula effect”, but you need to be careful not to be too aggressive to the model’s eyes. 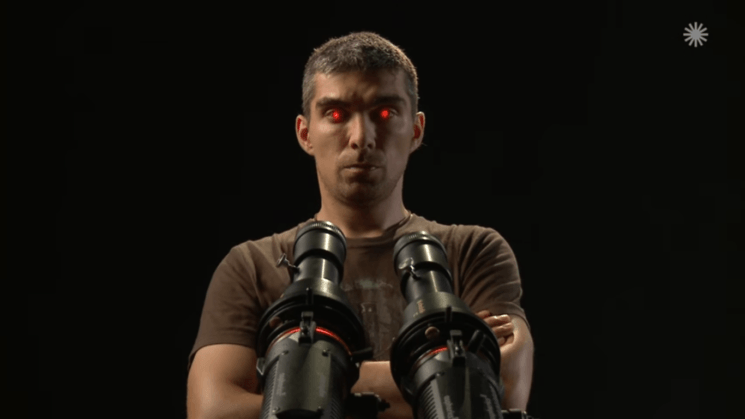 Maybe Photoshop is a safer solution

These are the effects you can see in the old movies, which add to the drama and highlight the eyes. You can create them by using selective lighting on the eye portion of the face. You have to do it with hard lights, as you can’t achieve the same effect with a soft light source. However, make sure that the border between the lit and shadowed part of the face is not sharp, as it needs to be unnoticeable. I found this video really eye opening (bad pun intended). I always pay attention to the direction of the look in portraits. However, I don’t take them often, and I have to admit I never gave that much thought about the position and the type of catchlights and the message you can convey with them. And they are a really powerful way to express your idea and show the emotions, intentions and the mood in portraits.

[The Light in Your Eye | DedoWeigertFilm]

Watch Seattle grow before your eyes in this three-year timelapse

« Pete Souza uses his Instagram account to subtly mock Donald Trump
“Bored” RAF pilot sent jet into a 4,440ft plummet because he was “playing with his camera” »