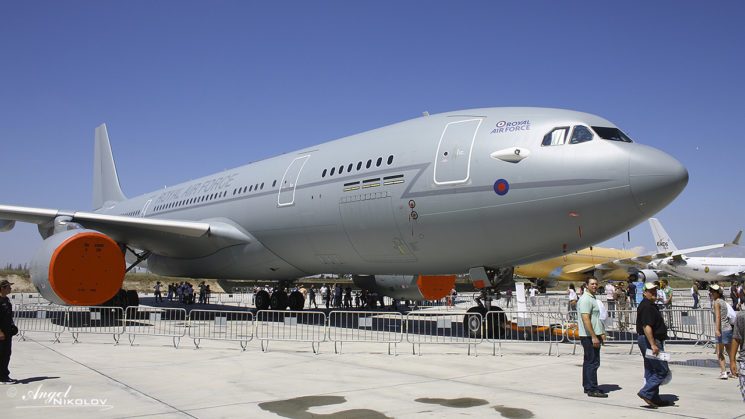 This story seems to have been going on for quite a while now. It started three years ago, to the day, in fact. On February 9th, 2014, RAF Voyager ZZ333 was en route from RAF Brize Norton to Camp Bastion Airfield in Afghanistan containing a flight crew of 9 and 189 passengers. Aside from a little turbulence, the flight was going well. That is until the plane suddenly pitched down, and plunged 4,440ft in altitude.

Between then and now, there’s been a lot of investigating going on. The pilot has now been publicly identified as Flt Lt. Andrew Townshend. He’s facing a court martial hearing, that’s still going on. And it seems he was not entirely honest with his initial reports. When he initially put down to a a technical fault was apparently caused by trying out long exposures with his DSLR due to being bored.

The initial report, filed back in 2014 found no indication of system failures. They also found no evidence of comparable incidents in other A330 aircraft. The Flight Data Recorder and Cockpit Voice Recorder show that the Captain’s side-stick moved 1:44 minutes before the event. Then again when the event started. The recorders also show that the Captain’s seat moved exactly 1:44 minutes before the event, too. 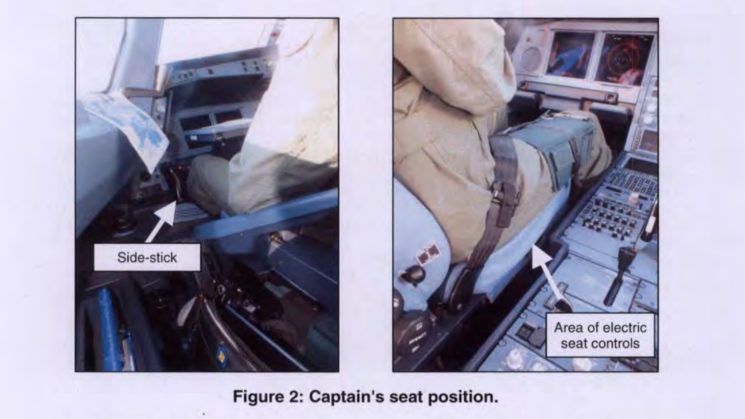 Essentially, the captain moved his seat forward, causing his DSLR to get wedged between seat’s arm rest, and his side-stick, causing the plane to plummet. A simple mistake that could’ve happened to anybody. After his claims of technical malfunction were disputed, he said it fell off a shelf.

On March 23rd, 2015, the final report was published. It confirmed what was determined in the initial report. That a DSLR stuck between the Captain’s armrest and the side-stick caused the stick to push forward, and send the plane into a 17° dive.

Reporting on the hearing, The Telegraph reports that he initially lied in both a technical log and service inquiry. He insisted that the incident had been caused by a technical fault. The 49 year old denies two counts of perjury and making a false record in relation to these lies. But he admits he was negligent in performing his duties.

Negligent is right. Bulford Military Court in Wiltshire heard that Flt. Lt Townshend was “bored” while flying from the UK to Afghanistan and “practicing long-exposure photographer when his co-pilot left the cockpit to get a cup of tea”. At the time of the incident, Townshend was alone in the cockpit, and forcing the side-stick forward disengaged the autopilot, sending the plane into the dive.

The descent was unannounced so passengers experienced weightlessness, they were thrown to the ceiling and thought they were going to die

Fortunately, the co-pilot managed to get back into the cockpit and help regain control of the plane with Townshend. During the dive, Townshend is said to have repeatedly sworn. He later announced to his military passengers that he “was not sure” what caused it. But it led to an emergency landing in Turkey.

The court also heard that Townshend deleted photographs he’d taken on his camera immediately before the incident. Townshend disputes putting the camera down beside him, claiming that it fell from a shelf above.

The co-pilot suffered a cut to the head, fractured back, prolapsed disc and nerve damage. The court heard that 14 passengers were so badly injured that they were unable to fly back to the UK from Turkey.

The trial is expected to last two weeks, and continues.

You can read more of the official records here, and here.

« Watch: How to truly make the eyes “windows to the soul” in your portraits
Help! How do I Budget for a Photoshoot? (a guide for clients) »