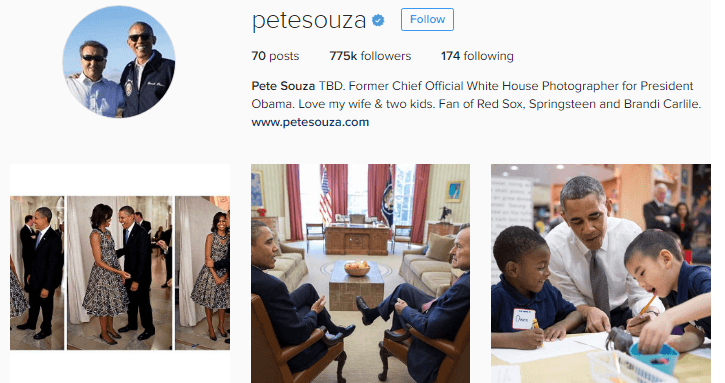 When Barrack Obama left the White House after eight years, his photographer Pete Souza left as well. The new US President has a new official photographer, and Souza has stayed faithful to Obama. After Trump’s inauguration, Souza began using his personal Instagram account to keep portraying Obama in positive light. But there’s more. He also doesn’t miss a chance to mock Trump’s administration, and he does it in a subtle and often pretty funny manner.

There have been many controversies around Trump and his presidency. And every time the current US President does something unsuitable, Pete Souza subtly refers to it on his Instagram profile.

For example, after Trump’s angry phone call with Australian Prime Minister Malcolm Turnbull, Souza posted a photo of Turnbull and Obama laughing together.

When the latest disagreement over the border wall emerged between Trump and Mexican President Enrique Peña Nieto, this photo appeared on Souza’s Instagram:

Lastly, The New York Times published a story a few days ago. It stated that the meetings in the White House are held “in the dark because they cannot figure out how to operate the light switches in the cabinet room”. After this openly provocative story from The New York Times, Souza posted a photo of Obama’s (well lit) meeting titled “Those damn lights. ;)”

If Souza goes on like this, he’ll reach a thousand of Instagram photos in no time. Now, if you’re following political situation and Trump’s moves, you may find this whole Souza’s mockery particularly interesting. And even if not, you can still enjoy his photos – as he’s really a darn good photographer.

To me, this is pretty funny. It makes me want to follow political news just a bit more, so I can understand the references Souza makes (maybe that’s what he actually wants to achieve). But I would like to hear your thoughts. Funny, or just foolish?

« How to make amazing double exposure effects in Photoshop
Watch: How to truly make the eyes “windows to the soul” in your portraits »