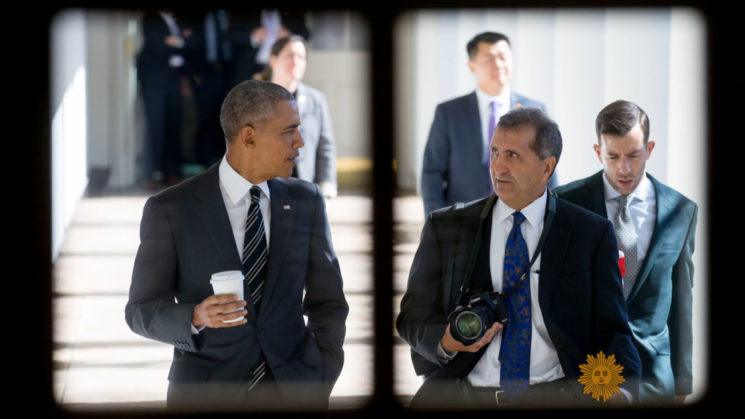 Jobs like White House Photographer fascinate me. It’s not that I’m particularly interested in doing that kind of work (quite the opposite, in fact). But that it’s so far removed from the type of photography that most of us do on a daily basis. There’s many different challenges. Different goals. It’s a completely different way of working.

The current White House Photographer, for a couple more days at least, is Pete Souza. He’s been photographing Barack Obama since 2005, when he was just a Senator. Souza has held this position before during the time of Ronald Reagan’s presidency. Since those days, though, photography and technology has come a long way. I would imagine he didn’t quite hit the 2 million photos mark with Reagan that he has with Obama.

Souza’s journey with Obama started in 2005 when he was working for the Chigaco Tribune. In 2009 when Obama was sworn in, he offered Souza the job of White House Photographer. It’s a job he’d had in the past under the Reagan administration, and it wasn’t something he’d really sought to do again. But the opportunity presented itself, so how could he say no?

One of the things that I’m just trying to do is show him not just as a president, but as a human being. What’s he like as a man?

Shadowing the president for 8 years, Souza estimates that he has shot over 2 million images in his time. It’s an absolutely staggering amount of imagery to sort through. If you were shooting 7 days a week for 8 years solid, that’s around 700 images every single day. Lately, Souza says it’s probably closer to 2,000 images per day.

It’s been an extraordinary gift, because I have the kind of chronicle of my girls growing up that very few people have.

It does look and sound like a pretty awesome job, but I still wouldn’t want to do it. Never really knowing what may happen from day to day, what situations you may find yourself in. Always ready to get the shot, and capture those special, unique, iconic and sometimes amusing moments. 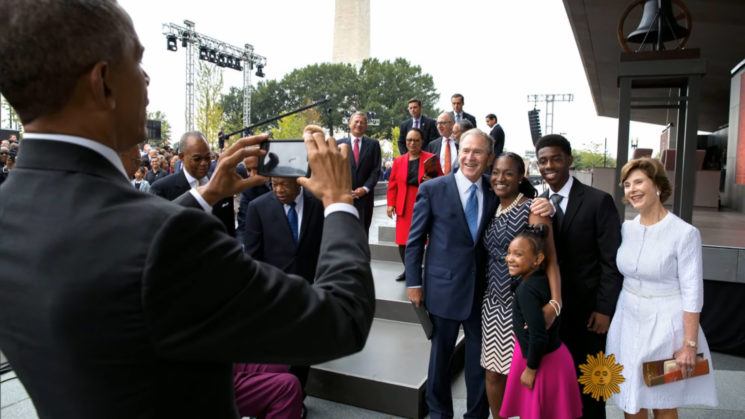 One thing’s for sure, it must’ve been one hell of a photographic ride. And you can see some more of that ride over on the White House Flickr stream.