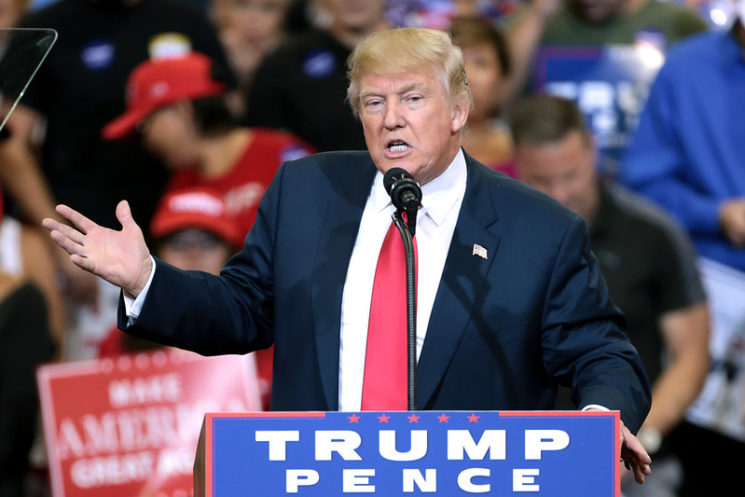 It’s hard to escape from the USA elections these days, no matter where you live. I don’t like interfering with politics too much, but I still found something that really intrigued me: a photo. Actually, two photos that look quite a lot like each other, and they were taken four years apart.

Former White House photographer Pete Souza noticed the similarity too, and he didn’t miss to point it out. In a recent tweet, he subtly called out photographer Evan Vucci for creating a photo very similar to an iconic image of Obama, only with Trump as the main subject.

Perhaps you’ve already seen the image, as it’s been all over the web today. It was taken by AP photographer Evan Vucci, and it shows an EXIT sign from up close, with Trump in the back. It really is a great photo, as many people pointed out today.

Rex Chapman is only one of many folks who shared the image today. And if it looks familiar, that’s because it is. Replying to Chapman’s tweet, Pete Souza subtly noted that “it’s been done before” and attached Mark Wilson’s photo from Obama’s last press conference in 2016.

It’s difficult not to see a striking similarity between the two photos. However, I think that the context is very different this time, as well as the mood and Vucci’s message with the photo that he took. We’ve all seen many different photos that share the same message or sentiment… But I find it amazing to see how two very similar images share different messages and convey different moods.

« Xiaomi shows off retractable smartphone lens with IS, increased sensitivity and sharpness
Slow motion sound in videos is fake… Well, most of it is »