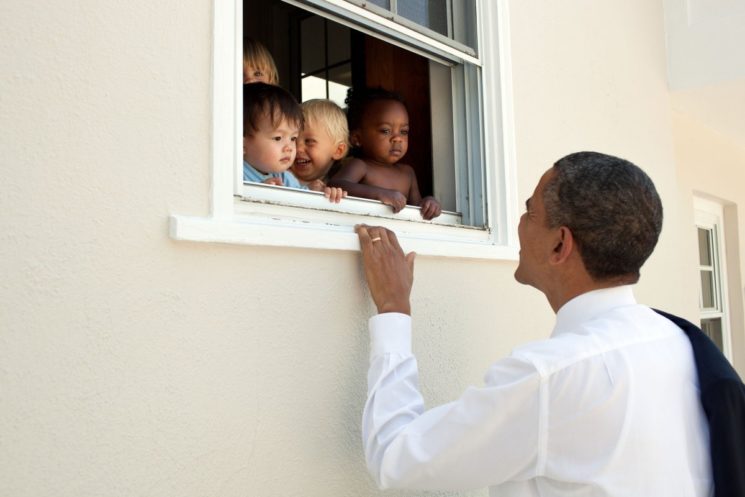 A photo is worth a thousand words, but when you pair the right photo with the right words – you can go viral. A few days ago, former US President Barack Obama tweeted Pete Souza’s photo, along with a quote of Nelson Mandela. The photo, quote, and the message seem to have really reached and touched people. As a result, and the tweet broke all the records with the number of likes and retweets counted in millions.

"No one is born hating another person because of the color of his skin or his background or his religion…" pic.twitter.com/InZ58zkoAm

The photo itself tells a story, and Obama paired it with a beautiful Mandela’s quote:

Of course, the photo was taken by the former presidential photographer Pete Souza, and he also posted the photo on his Instagram account, explaining that Obama tweeted it as a comment to the awful events in Charlottesville. Apparently, there are millions of Twitter users who agree with the message, so the tweet has reached 3.5 million likes, 1.4 million retweets, and 55K comments so far. With these numbers, it has become the most liked tweet in Twitter’s history and broke the previous record.

I’d like to withhold from any politics-related comments, for many reasons. But most of all, I believe this photo and these words can be observed completely out of context of politics. The photo is beautiful and has a positive message, just like Mandela’s quote. And I’m glad it was an anti-racism message that reached such huge response and popularity. It kinda brings back faith in humanity.

« These cooking videos shot in the styles of famous directors are just beautiful and hilarious.
B&H Photo to pay $3.22 million to settle discrimination case »