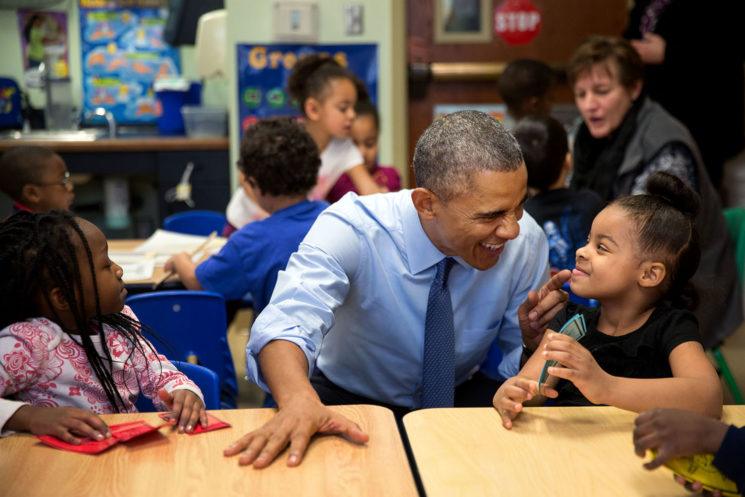 Former White House photographer Pete Souza has announced a new book. Titled “Obama: An Intimate Portrait: The Historic Presidency in Photographs,” the book shows around 300 of the photographer’s favorite and most iconic images from the years of Barack Obama’s presidency. Some are the photos we’re familiar with, and some of them have never been seen before.

The description of the book states that “it is a seminal book on the Obama presidency, documenting moments of national import.” It includes the iconic image such as the president and advisors watching the Bin Laden mission, but also the unguarded moments with the president’s family, children, and with American and world leaders, artists, musicians, and other cultural figures.

In addition to photos, Souza provides behind-the-scenes context for each of them. Over the eight years of Obama’s two terms, Souza took nearly 2 million photos of the former president, of both public and private events from his life. The two had a deep and friendly relationship, and the book will offer an insight into the friendship they developed over the years.

No matter the nationality and political views of all of us – I think we can agree that Pete Souza is an exceptional photographer. I really enjoy his work, and I believe his photography book is something worth having. If you share my opinion and like Souza’s photography, you can preorder the book on Amazon for $32.92, or Barnes & Noble for the special price of $33.99. It will be available on November 7, 2017.

« This is the perfect angle for portrait photography. Really. It’s “proven by science”
Instagram versus Instagress – how to gain followers on instagram without a social media bot »